The topic this week is about optimizing your sculpture for use in an animation production pipeline. Thus the homework is to retopologize all pieces of your sculpture. Here's an example of a fully retopologized character model: 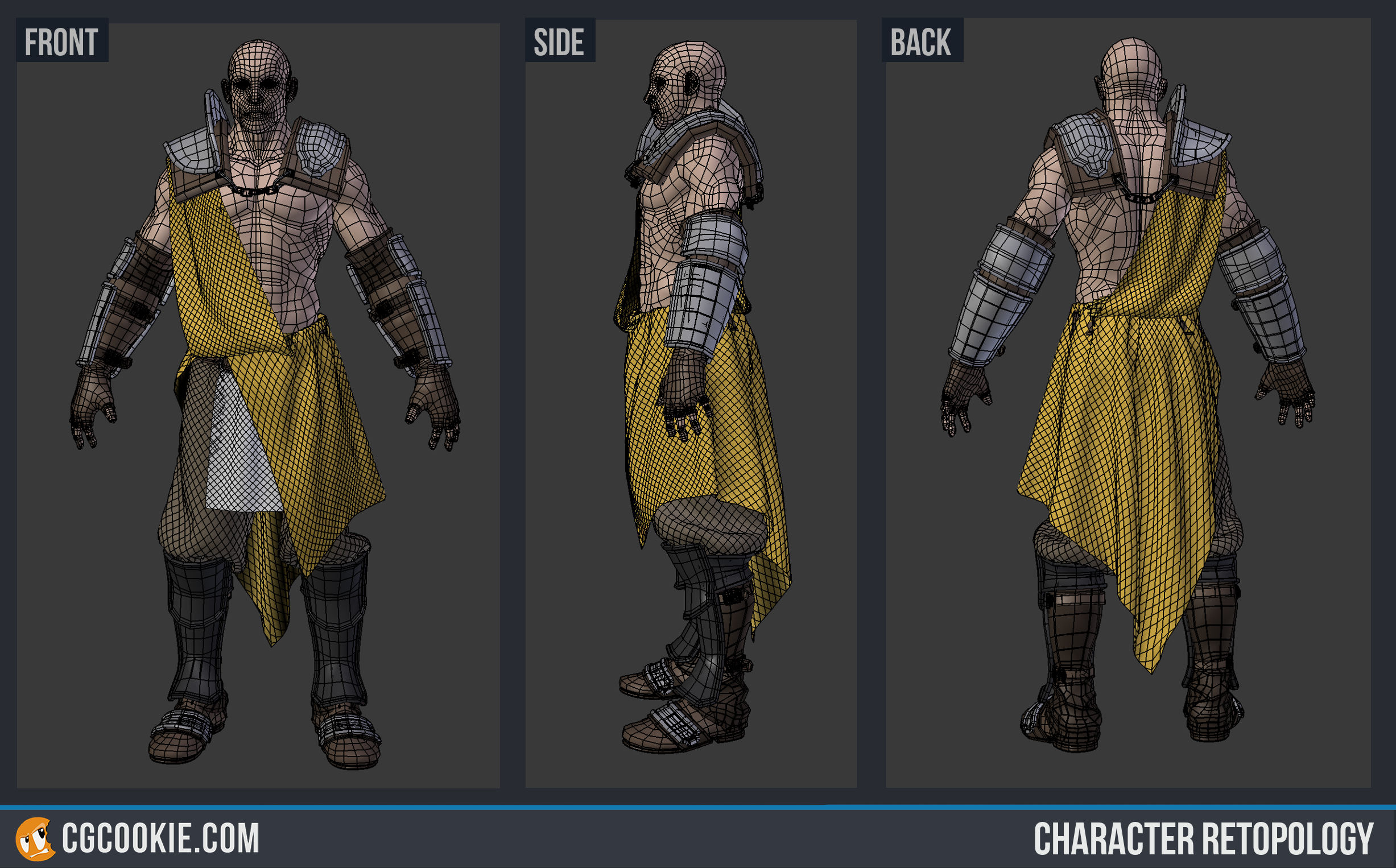