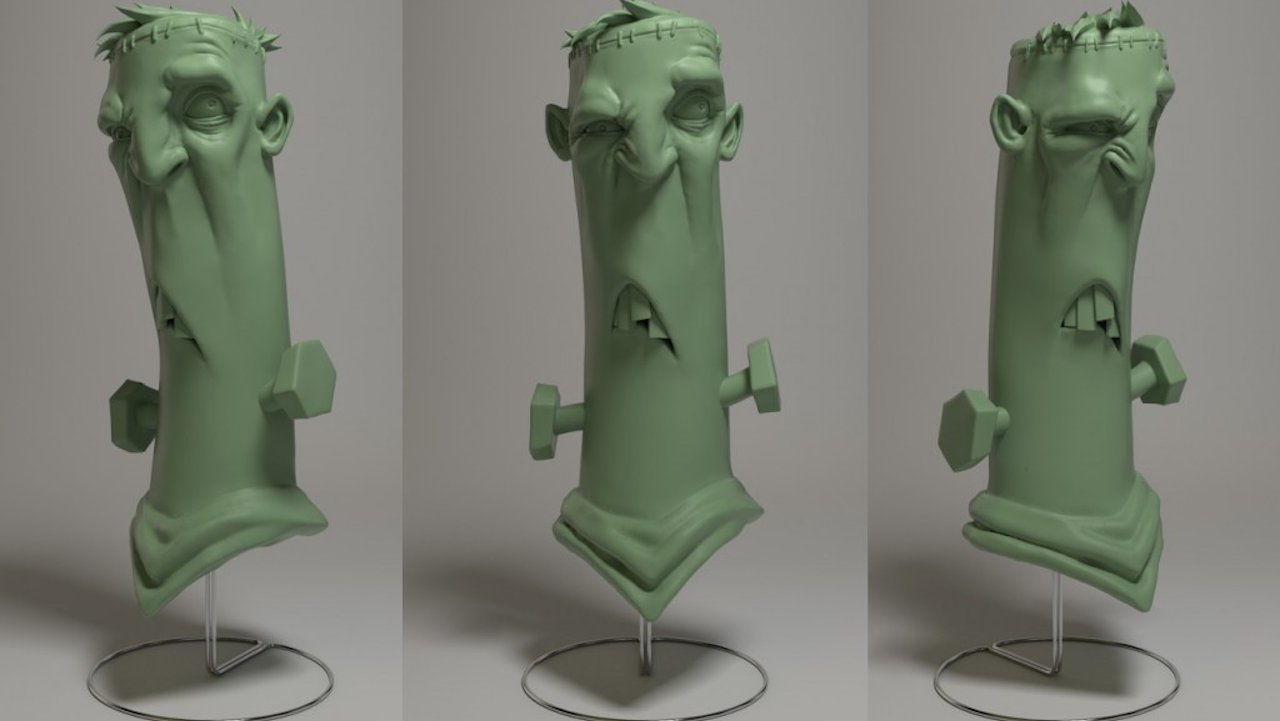 It’s January, and the small town of Geneva, Illinois is bitterly cold. We see our breath condensing in the freezing air and squeeze our fists to get the blood pumping into our numb fingers. With the annual CG Cookie company retreat in full swing, the main thing on everybody’s mind is how to get back from breakfast into the warm studio. Everybody’s - except Kent Trammell, who stops in his tracks: “Have you noticed the shadows on the snow? They are blue.”

Say what? “It’s because the sky is blue, and blue fill-light on white surfaces makes the shadows look blue,” explains Kent with the familiar patience and clarity that resonates through his Blender tutorials.It is his calm, structured teaching style, together with his deep knowledge of 3D that has won him a wide following and praise as one of the most accomplished artists in the Blender community, but getting Kent to acknowledge his skills is not easy: “I still have a lot to learn,” he shrugs off compliments, “And sometimes I just get lucky.” You almost get a sense that he attributes his achievements to a higher power - and you may be right. Spirituality is a major theme in Kent’s life and has influenced his work since his childhood. Think nothing could be less spiritual than creating in 3D? Mr. Trammell begs to differ: “Spirituality is everything to me and it defines my work.” It certainly shows when meeting him in person; finally back at the CG Cookie studio and warming up in front of a fireplace, Kent radiates a composed, relaxed cool that instantly puts you at ease. He is quick to laugh but talks slowly, paying close attention to each word - the same level of attention, one might add, that you find reflected in his artwork - and elsewhere.And so, with Kent, even a chat about Blender and CG Cookie tutorials turns into a light philosophical debate about creativity, the meaning of art and, inevitably, his favorite dessert: rum cake. You begin to understand how Kent’s passion for matters of the spirit permeate into his creative process; for Kent, art is not an end in itself; rather, it’s his way of expressing his deep appreciation of the world and its beauty, his child-like awe at the minute details - just like the blue shadows cast on freshly fallen snow. “Spirituality is about having a sense of purpose and I am a big believer in art being purposeful,” explains Kent.

From Drawing to 3D

His propensity for spiritual matters may not come as a surprise given Kent’s Southern-American upbringing by choir-singing, deeply religious parents in Virginia. In addition to instilling traditional values, they fostered Kent’s love of drawing and creativity.“My mom tells a story of my 3-year old checkup at the doctor; he asked me to draw a circle and I picked up the pencil and drew a full figure of a baseball player, down to the last detail,” laughs Kent. “It seems that I really had an artistic bone from very early on!”But it was a long way from his pencil-wielding days to 3D; drawing remained Kent’s main medium of expression until high-school. And you wouldn’t find abstract artwork in any of his old sketchbook: his desire to capture the world around him truthfully has been his goal since the early days: “I very much come from a place of realism. Those who follow my CG Cookie tutorials are familiar with my Shader Forge series, which is all about re-creating realistic materials. It’s something I’ve spent my life doing: training myself to understand how light works and how materials behave.”With his family and friends commissioning him to draw their portraits, Kent honed his portrait drawing skill and acquired a deep knowledge of human faces, something that will come in handy later on. 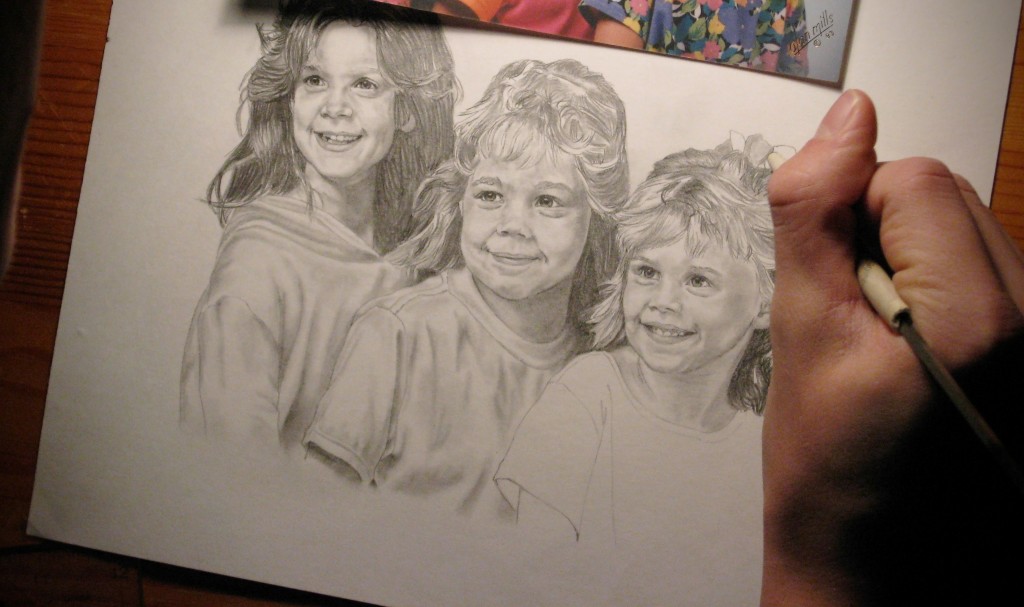 The switch to 3D came in his teenage years and removed some of the limitations he was feeling when working with a pen and pencil: “I had a nerdy friend who was working on a computer game and asked me to help him create a weapon. It sounded like fun, so I opened my first-ever 3D program and couldn’t get enough of it. It gave me the feeling that I could just do anything and that fascination has lasted me to this day,” says Kent.

Starting in the Creative Industry

His passion for 3D has taken Kent a long way from Virginia; first, to Full Sail, a digital art college, with his graduating demo reel making top row at CGtalk.com and landing Kent his first gig in the industry. A dream come true for a fresh graduate, perhaps, but for Kent, something was missing: “In the industry, you are inevitably just an extension of somebody else’s creative vision, which started to wear on me.” In his free time, he found an outlet in creating online tutorials, the first of which, the “Realistic Head” series, caught the attention of CG Cookie’s Wes Burke. And the rest, as they say, is history. Today, Kent is CG Cookie’s head Blender trainer, together with Jonathan Williamson, and is responsible for the Blender tutorial production pipeline. 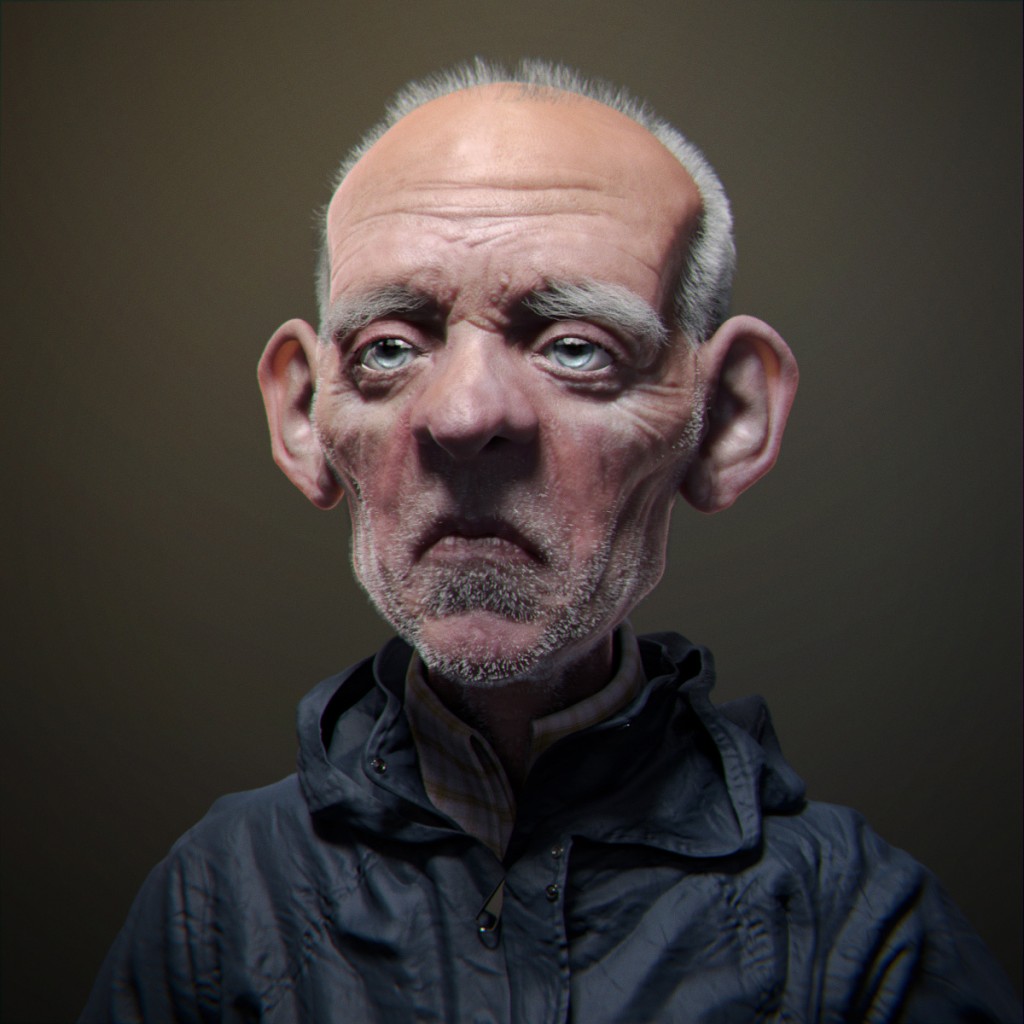 For the Love of Blender

It is Blender, of course, that has made Kent a household name, but it has been his main tool for less than 4 years. Previously, Kent worked in Maya and 3D Max, but was quick to realize that the cost of commercial packages can be a serious hurdle: “Blender compliments the original draw that 3D held for me; it is limitless. Because it is open-source and free, it really embodies the no-boundary feeling you get when creating in 3D,” explains Kent in his usual style of connecting a particular observation with a wider context.Despite having worked in the 3D medium for over a decade, Kent is just getting started: “I feel like only in recent years did I start transitioning to actually being an artist. I’ve always been doing digital art, working at a commercial studio, working on movies, but I realized that a lot of of it was re-creation: enjoying a movie and re-creating a character without any input of your own is craft, more than it is art.”

So does Kent consider himself an artist at this stage of his creative career? With his famous humbleness, he won’t even admit to that much: “I am just beginning to learn to express something genuine, something that is mine. That is still new to me and incredibly exciting.” It is this shift in thinking, from re-creation to making something uniquely his own, that has prompted Kent to explore his internal motives for making art and, owing to his inquisitive nature, ask himself what art is, in the first place. But it’s not all serious: “Sometimes, you just have to do something that’s cool and fun,” he adds. “I don’t think that my sci-fi helmet made me touch the innermost core of my artistry, but I sure as hell had a blast making it!”In search of his own voice, Kent has an aspiration that he is working towards: creating a full short film, which he considers the pinnacle of creativity for a digital artist.And what comes next? Kent is very clear about that: “With Blender becoming more and more respected in the industry, I see a bright future for the community and I will definitely stick around. I can’t really imagine any other kind of career.”

Seeing the World Through Fresh Eyes

In a path defined by transitions - from pencil to 3D, from Autodesk to Blender, from following the vision of others to creating his own - Kent recently stepped into another new role: he became a father. And as usual, his favorite role is that of a respectful observer, watching his 1-year old son toddle and explore the world. 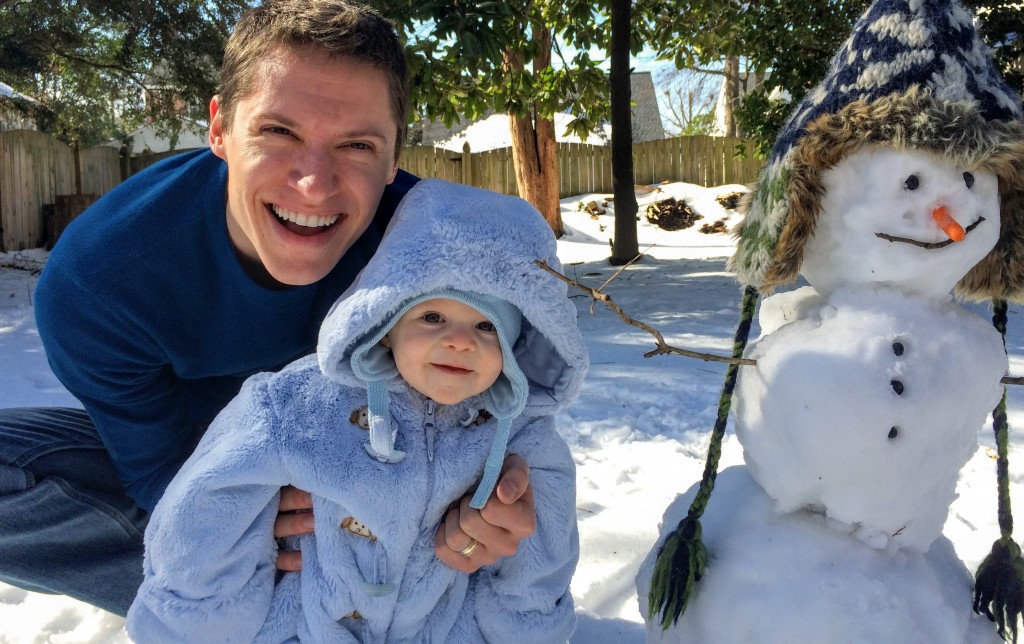 It wouldn’t be Kent if he didn’t see this as a source of inspiration: “I love watching my son touch and explore different materials. As artists, that is how we should always approach our subject; not taking anything for granted or as being simple. Everything deserves study, respect and appreciation. That process taps into the spiritual sensation that is so satisfying and meaningful to me.”And coming from Kent, it rings true as a piece of advice to live by.

For the latest training by Kent, check out his Texturing of a Game Asset within the comprehensive Game Asset Learning Flow.