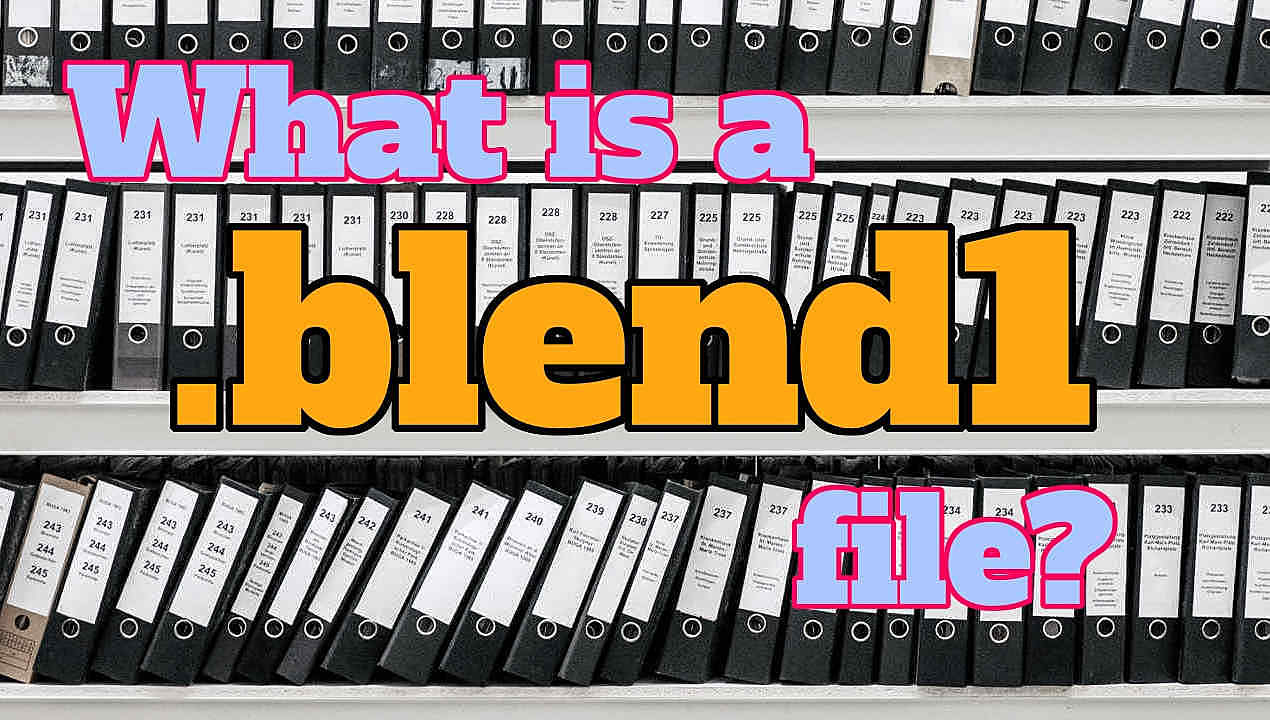 You’re reading this because you have no idea what a blend1 file is...or you’re wondering what is filling up your hard drive.

Short answer: blend1 files are old versions of your file, saved to your working directory. Long answer is a bit, well, longer.

Do you need blend1 files?

Let me tell you a little story to explain why this is the case.

If you are anything like me, your introduction to Blender would have gone something like this: you start messing around and having a lot of fun figuring things out. At first, you don’t really create anything worth saving but after a while, you have a great idea for a really cool project.  It's going to be the best thing that had ever been created that you don’t hit the save button for hours and hours when suddenly, bam, you lose all your work!

Most likely, you did something that broke your file but you blame Blender anyway. Then, after you've taken a deep breath and calmed down, you discover that Blender can automatically save old versions for you with blend1 files. Yay!

But now after your heartbreaking ordeal, you go overboard. Why not create up to 5 of these backups? You really don’t want to lose anything ever again, right? But get this: all your saved files are now identical because you now have a habit of saving every 4 seconds.

Fast forward a few years and rather than constantly saving over the same file, you work in a much smarter way (which I will explain later).  But alas, you have never kicked this addiction to blend1 save files and your growing collection of full hard drives are proof.

Does any of that story sound familiar?

What is a blend1 file and how do they work?

Normally, every time you save, this file is directly overwritten.  However, if you have blend1 files enabled before it is overwritten, the old filename extension is renamed to blend1.  And if blend1 already existed, it becomes blend2, and blend2 becomes blend3, etc..all the way up to however many copies you told Blender to keep (the limit is 32 saved versions).

How do you open or restore one of these backups?

A Better Way To Work with blend files

Rather than naming your files in a random way and constantly saving over a single file until the project is finished, you should use a naming convention and start incrementing the name when it’s appropriate.

How to choose your naming convention

You can evolve your naming convention as your skills and experience grow, but just make sure you are consistent across the same project.  This will make it easier for you to know what’s going on if you ever need to come back to the project months or even years later.  It also makes it easier for someone else to know what’s going on if they ever need to look at the project files.

Here are some examples of bad file names.

Here’s an example of a better naming convention.

It’s clean, consistent and so much easier to see which one is the latest version.

Why should you use a logically placed number in your file?

As mentioned, it makes it easier to tell which is the latest version plus Blender has a cool feature that easily lets you increment the number in the file name.

When do you increment your file name?

Usually, after you’ve done a fair chunk of work or you are about to do something that might be considered dangerous. That could mean many things, but you should be smart about it.  You need to start taking control of when these save points happen and don’t leave it up to chance.  When you take control of your saved versions like this, there is no need for blend1 files at all.  They are just taking up space on your hard drive.

You might be thinking that by turning off blend1 files you’ll be working without a safety net.

Not true.  You have everything incrementally saved so there is no situation where a blend1 file is going to save you more work.

What if you accidentally close Blender without saving?

Sometimes that can happen or a random crash can occur, but there are two features that can help you there.

Back in the old days, let’s just say that these features were more ornamental than functional.  On the rare occasion, they worked but more often than not they just restored a half-populated file of junk. However, in recent years, I am happy to say that they truly do work every time. 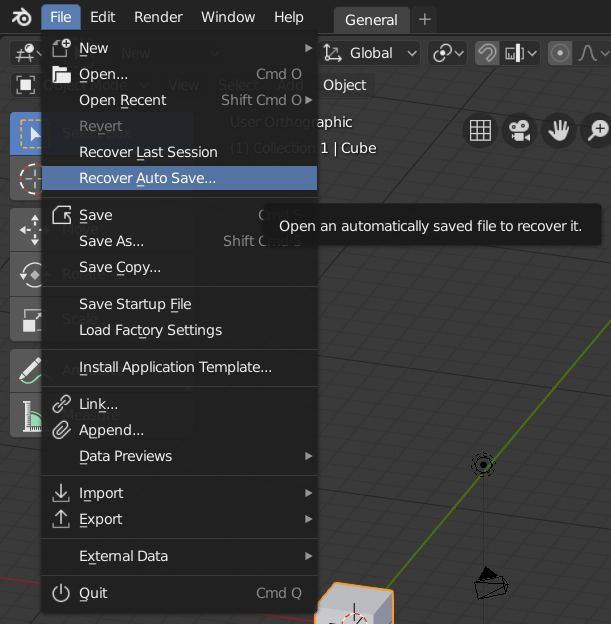 What is the role of Autosave in blend files?

Autosave files differ to the blend1 in 1 keyway.  They are temporary.  By default, Blender will automatically create a backup every 2 minutes and store these to your temporary folder.

These files can be opened when you choose ‘Recover Autosave’.  You can also see the timestamp and the process ID to know what version you want to recover.

These temporary files are cleared out every time you reboot your computer.

How to restore your last Blender session

When you quit Blender, a quit.blend is saved to that same temporary folder.  This file is opened when you choose to restore the last session. Perfect for when you accidentally closed without saving that last update.

Where can you tell Blender to put your temporary files? 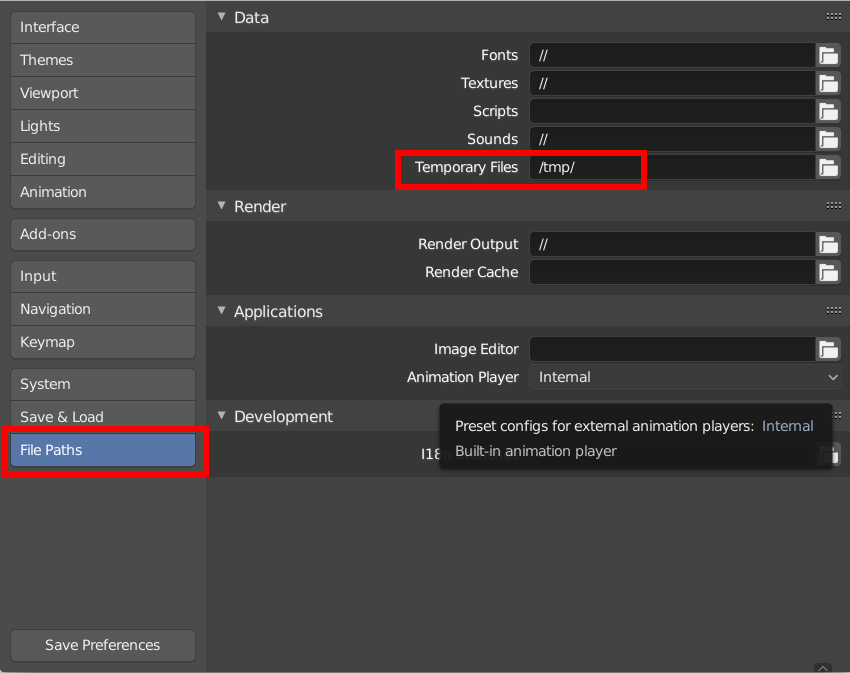 As I mentioned above, the default temporary location on your OS is cleared out every time you reboot your computer.  This means it automatically cleans up after you, which is a good thing, but it also means that if you do encounter trouble, don’t think ‘Oh I’ll just go to bed and fix it in the morning’. You should recover the file before you reboot.

So do you really need blend1 files anymore?

Now I’m not saying that everyone needs to rush off and disable blend1s. Early on, they can save your butt when you don't know what you're doing. However, once you’ve got a bit of experience and practice good file management, you shouldn’t ever need a blend1 let alone a blend2 or above.

If you increment your files manually and save blend1 files, you are just filling up your HDD (or your work’s HDDs) with redundancy at that point.

So how do you know if you are ready to kick your blend1 habit?

Let me ask you a question that was put to me many years ago.

When was the last time you needed to use a blend1 file?

If you’re struggling to answer that...it means that you are ready to ditch them forever. 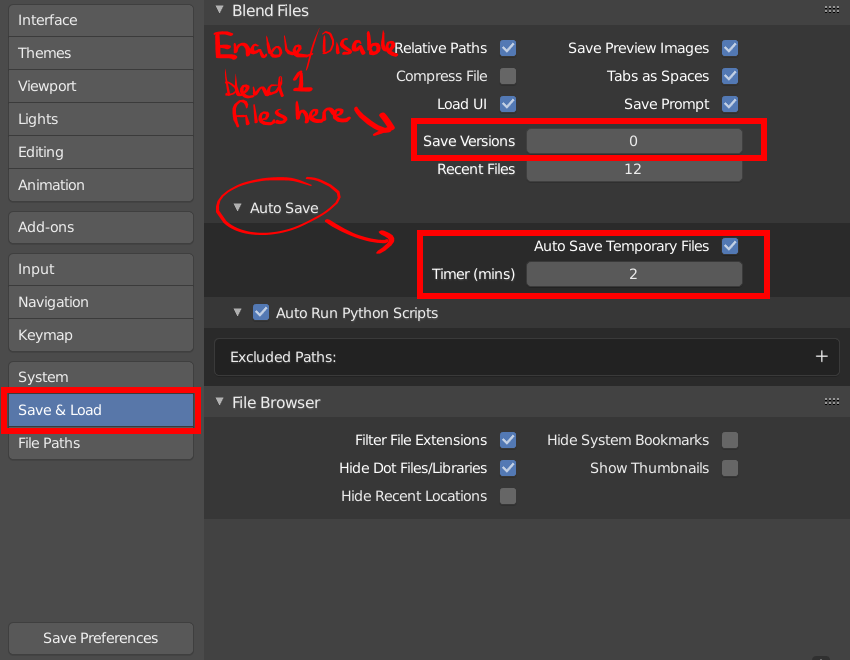