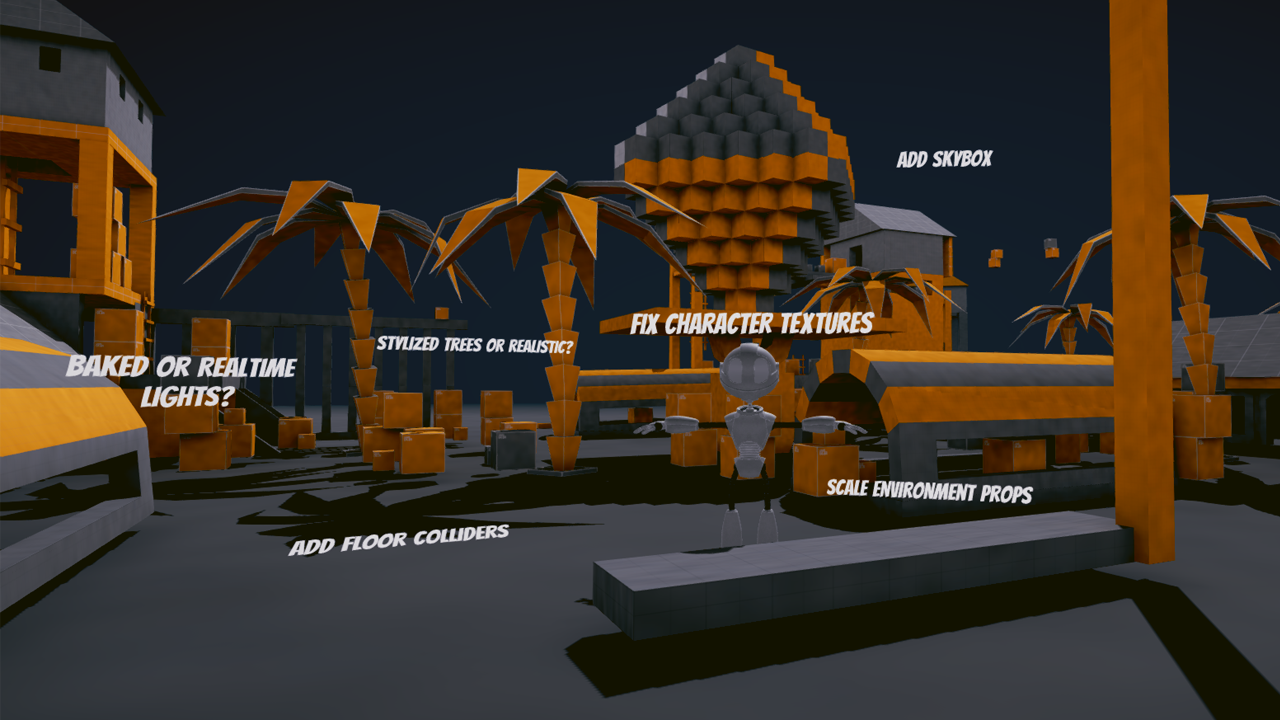 Building games can be a long and grueling process. To make it less of a struggle you need to get organized and focused. The easiest way to do that is to follow this proven plan for building your game.

Why do you need a plan? Jumping around development can stall progress and feel like a huge undertaking unless you break things down into smaller chunks. As with any big goal, you need to take things one step at a time. 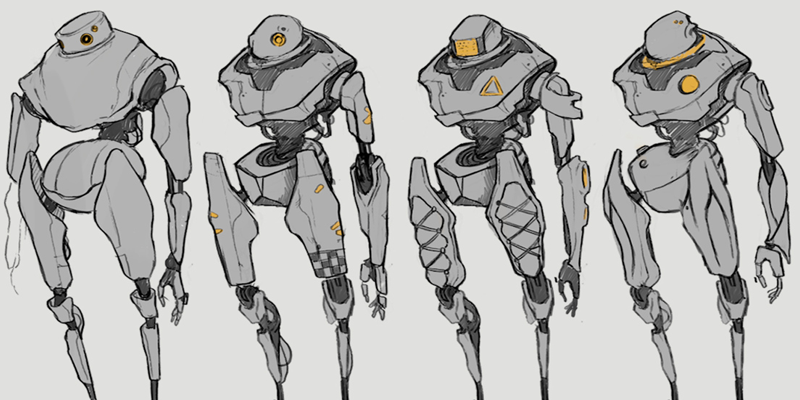 This stage of your process is where you can also explore different brainstorming techniques. You may include visuals through storyboarding, maybe even conceptual art to show off what your characters or environments may look like. Keep this simple. Don't get stuck in the "dreaming" phase of what your game could be and instead focus on building the base of what you plan to build.

This is also the time to determine requirements for your game. Questions you should ask yourself early on are:

Another great thing to build at this stage is a Game Design Document (GDD). This document will be used to document what the game is about, including concept art, how players interact with certain objects, as well as instructions on how to play the game. Building this document will serve as a living reference to what your game will entail.

Depending on the size of your team, this level could be incredibly detailed and include many forms of concept art and design. If you're a small team or even a solo developer, determine what works best for your team.

Nothing in the stage is definite. Game development is an ever changing process and what you thought was fun initially may end up feeling boring. This stage is not for testing that. This stage is for getting it all on paper and creating a guide for the next few stages to come. 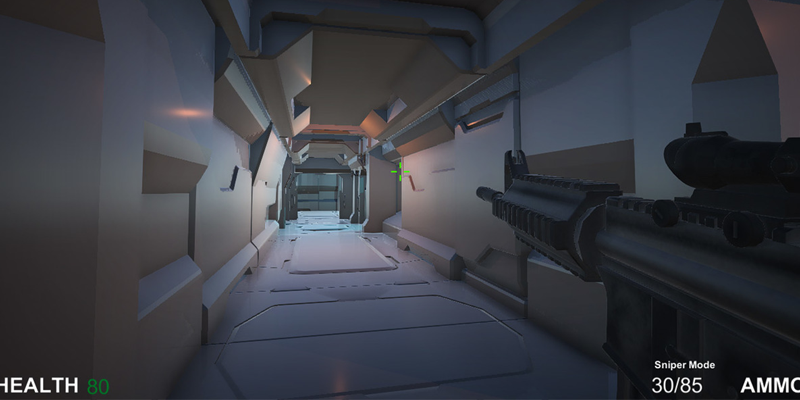 Things are now starting to get tougher. You've written down all your great ideas - but now it's time to put them to action. Guess what?  Put aside 90% of what you had in mind and focus on the 10% of your game that actually matters.

That 10% is the part of the game that distinguishes your game from all the others. I'm not saying you can't create everything you had in mind, but at this stage, your goal is to create a small prototype of your game. You need to know early on whether your game is actually fun to play, or just fun to think about.

At this level, you're creating a demo or a very small version of your game. Strip out all non-essential things.

Now for the tough part: this process can be very hit or miss. Think you know what the most enjoyable aspect of your game is? It's likely that you'll be proven wrong.

Of course, that means you shouldn't play the demo alone. Find others to play your game. Test out how they do things. You may create something that you think is incredibly intuitive, only to realize people don't get it at all. This is also the time to get direct feedback on the most important aspect: is the game actually fun?

You need to experiment to determine what gets people excited about it. Remember, you're building a game for others! While it can be fun to build a game that YOU want, if no one else shares the same excitement for your game, then it's a bust.

Once you've created a fun prototype, share it with others online. Build the buzz around your game and continue to collect feedback. Marketing a game is key to making it successful and at this point you should already be thinking of unique ways to get the word out. A solid prototype will help to promote your game better than anything else. 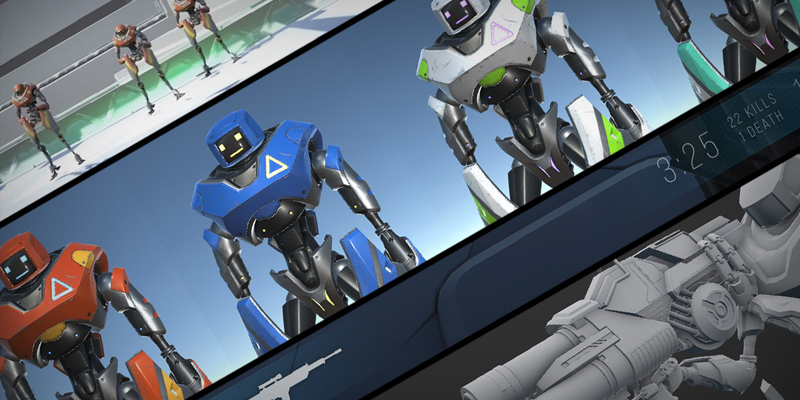 Now that you've built your prototype that other people enjoy playing, what's next? You guessed it: the other 90%.

The prototype stage has given you great insight into what works for your game and what doesn't. You should still think about refinement in every aspect of your game. If it's not fun - remove it. If it's something you know you can't possibly do right then - leave it out or simplify.

The size of your team, experience, resources and ambitions for the game will determine how long this stage lasts. Spending months - if not years - in production is not uncommon. If this is your first game, however, try to keep it small and focused.

Making big changes isn't unusual even at this stage. Even at big AAA studios, developers may completely revamp a big aspect of their game late into production. While it's not ideal, it's better to be prepared that this may happen. Expect setbacks and don't be discouraged by unexpected delays.

This is the stage where a lot of people give up; they've aimed too high and now feel overwhelmed and discouraged. You could work on a feature for a month only to realize players won't care about it at all. That can be frustrating, to say the least.

As an added obstacle, deciding when certain features are "completed" is tricky: how much animation tweaking will be considered enough? How intricate should your AI be? Do you need 5 levels or just 3?

Setting clear deadlines for features allows you to trim the fat. No, you don't need that extra animation for this character. No, you don't need to add an extra level. You're building a bigger game than in the prototype phase, but you need to stay on budget - and on time. The longer you stay in this phase, the more doubt tends creep in, and motivation dwindles.

Make it a habit to work on your game consistently. Just take a look at that one script and add one variable, just trim that one animation clip, just block out one small room in your level. Consistently stay with it even when the initial dream of this game starts to wear you down. Keep it fun, get out of your head from time to time and remember why you're building this. 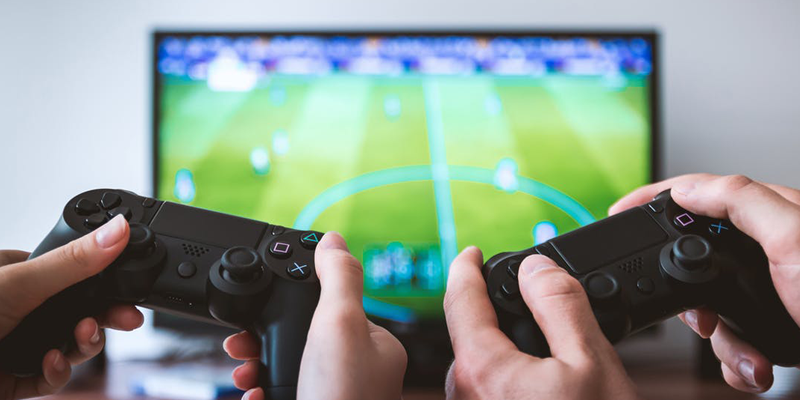 This may actually be the most difficult aspect of game development. We can all hunker down and enjoy the process (or not) in solitude, but it's not until it's in the hands of people that you can say you're truly a game developer. Take heed: this process is always difficult for all developers, big and small.

You may have ultimate confidence in your product (as you should!) but others may hate it. Accept that early on and brace yourself for criticism.

Unfortunately, marketing seems to be the bane of many developers and tends to see otherwise great games go unnoticed. You've spent a lot of effort and time on this game, so don't take this stage lightly and give your game the exposure it deserves.

Take cues from AAA games. Read up on unique marketing approaches used by game studios and explore how products and movies are marketed. We all remember great commercials and unique marketing campaigns; deconstruct those and determine how you could do the same for your game, given your budget.

Engage your social network, call your grandma and tell everyone about your game. Provide handful of keys for people to review it and post it on YouTube. And not just once: keep this game going in the minds of players. 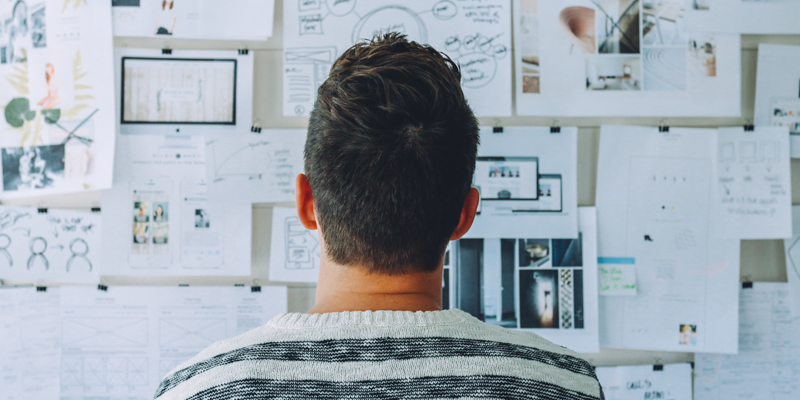 After any big project it's a great idea to write down what went well and what went haywire. Unless you're in this to make ONE game, you're probably going to start another game project soon after. If your game failed, find out why, learn from it, and give it another shot.

Game development can teach you a lot about how to properly create and share a product that people will enjoy. If your game is a smashing success, also find out why. Get as much information as possible and investigate how you can replicate that same formula.

Does it all sound...pretty heavy? Well, game development is not for everyone, but for those dedicated few who do want to pursue their dream from start, through the tough bits, to the finish. If you're one of them...go create something awesome!

Anything you'd like to share? A workflow that works well for you or your team, let us know in the comments below!