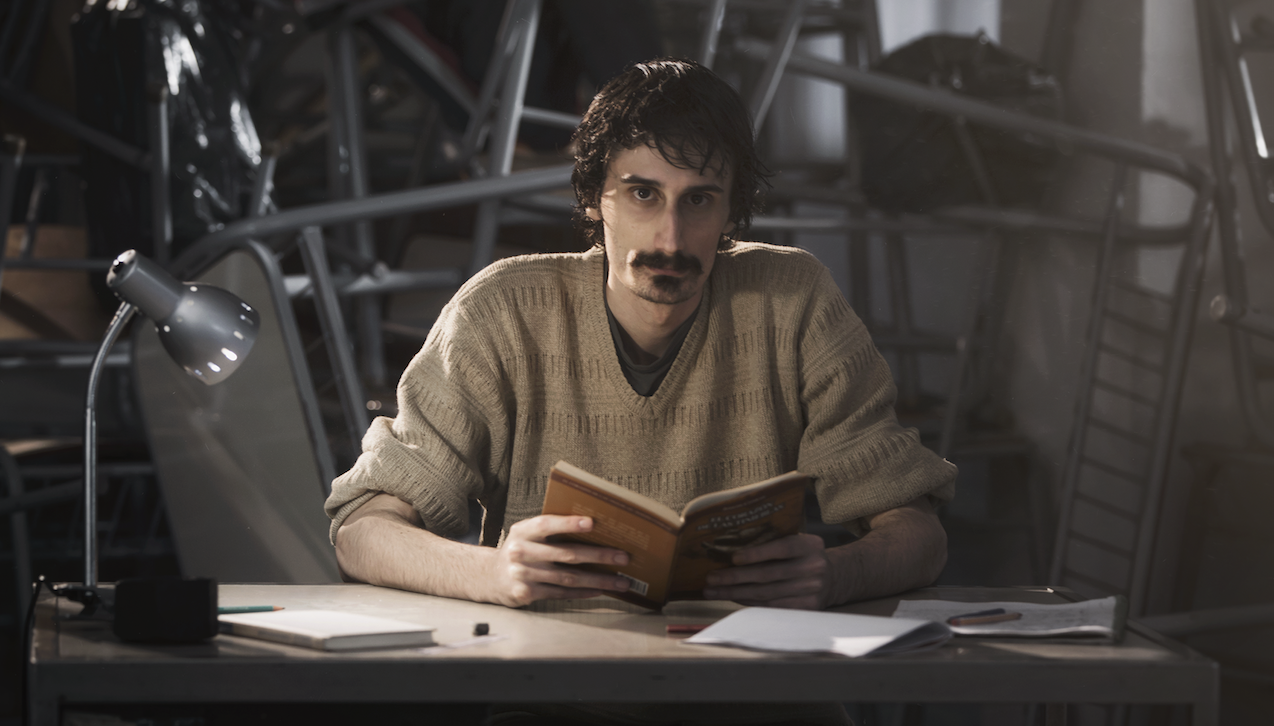 Joaquin, what was your journey to creating digitally?

It's hard to pinpoint the beginning. I remember being part of a group of game "modders" for a football video-game when I was about 12 years old, called Pro Evolution Soccer 3, that had a very basic workflow texture->UV->3D in order to mod player's faces.

I could barely understand what I was doing then, I stumbled on a forum with other people trying to create our local teams inside the game and we were helping each other to figure it all out. That was probably my introduction to this kind of subject: making tiny textures, uv-mapping them, moving a couple of vertices on a low-poly mesh.

A couple of years laster, when I was about 14 or 15, I decided I wanted to learn 3D properly. Unfortunately, I had no idea where to start and the only 3D software I knew in existence just by name was Rhinoceros. So I started with that and managed to make a couple of basic models, an acoustic guitar and a bass, that sort of thing.

But it didn't go too far from there. It wasn't until 2009 that I discovered Blender, I believe it was via Google. I remember the version very clearly because it was 2.49b, the very last one before the interface update in the 2.5 jump! I can see myself  in my old room watching David Ward's tutorials on YouTube at 240p (the good old times!), trying to make a human face from scratch in Blender, and failing hard, but loving it.

From that point on I never stopped learning CGI related things, although for a long time it was nothing but a hobby for me, it was after a few failed attempts to find my passion in college for a variety of unfinished degrees that I discovered my true passion was always there, looking back at me from the screen.

What is your status now, do you do art professionally?

For the past handful of years I had three main jobs professionally: primarily, I co-founded an audiovisual content studio with some friends that were in the local film industry and I took care of post-production there, doing things such as editing, VFX, digital compositing, grading, graphic design, mo-graph, 3D animation, and so on.

Parallel to that I also spent most of those years as video-editor for local TV networks. 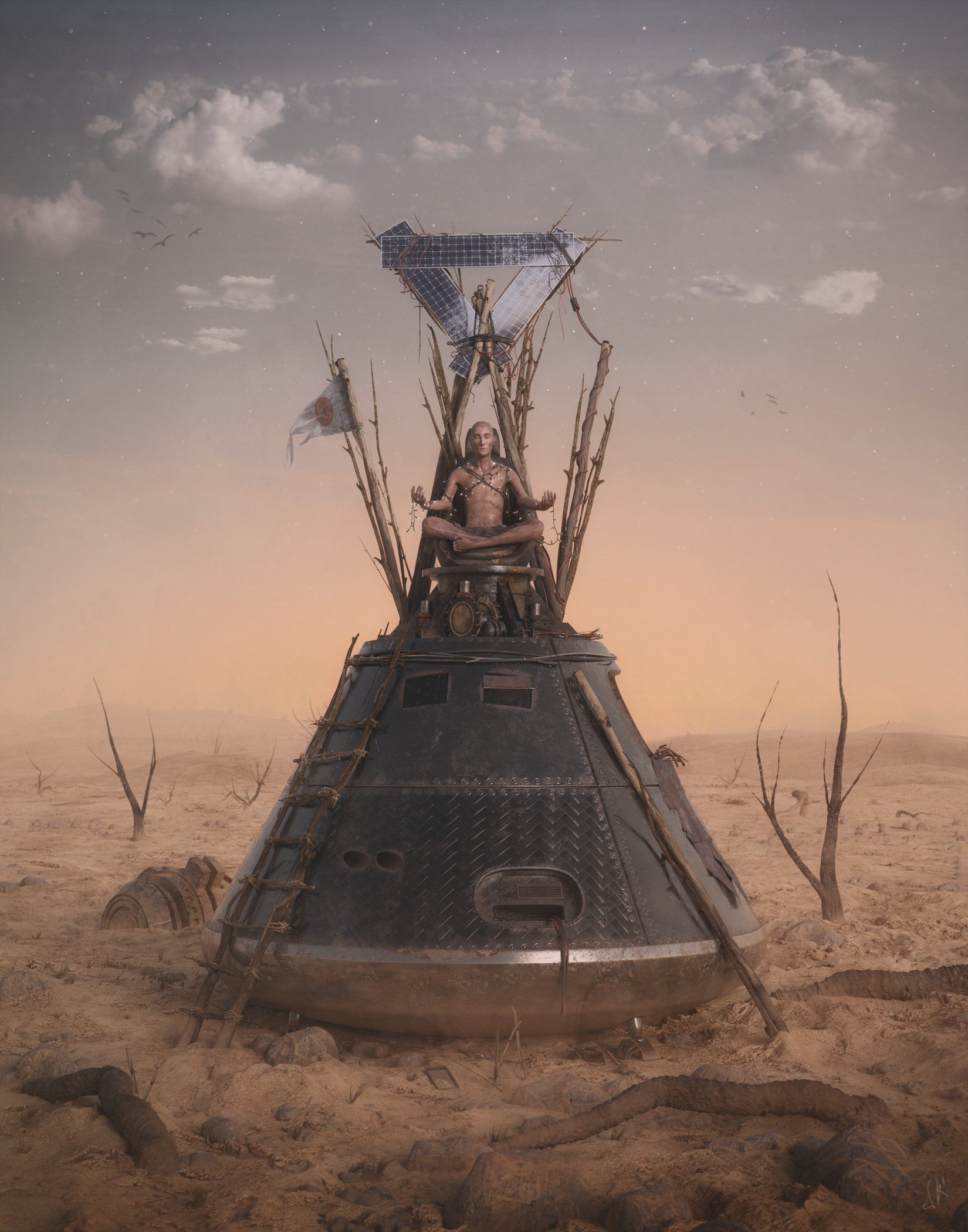 The third job has been freelancing, mostly compositing and animation jobs. I also had a couple of "useful-to-brag-in-resume" clients like Toyota, Personal, or the Argentinian National Government, although I don't know if I would really dare to call them "doing art professionally".

I can't help but feel more like a technician on those gigs. But, luckily, they are related to what I like and it pays for my bills, so I'm happy I can make a living out of this and I hope to keep climbing up to even more fulfilling opportunities!

I would guess that Beeple is an inspiration to you - as he should be to us all. Is that true? And where else do you find artistic inspiration?

Beeple who? Just kidding! Yes, he is definitively an inspiration to me and many others. A friend of mine introduced me to his work in the mid 2014's and if you check the publishing dates of my artworks, you'll see most of them started coming shortly after that.

I was doing digital art before, but never consistently, and even further away from prolifically. Beyond his art itself, it was the dedication I saw on his "every-single-f...ing-day philosophy" (as he would put it) that really resonated with me. 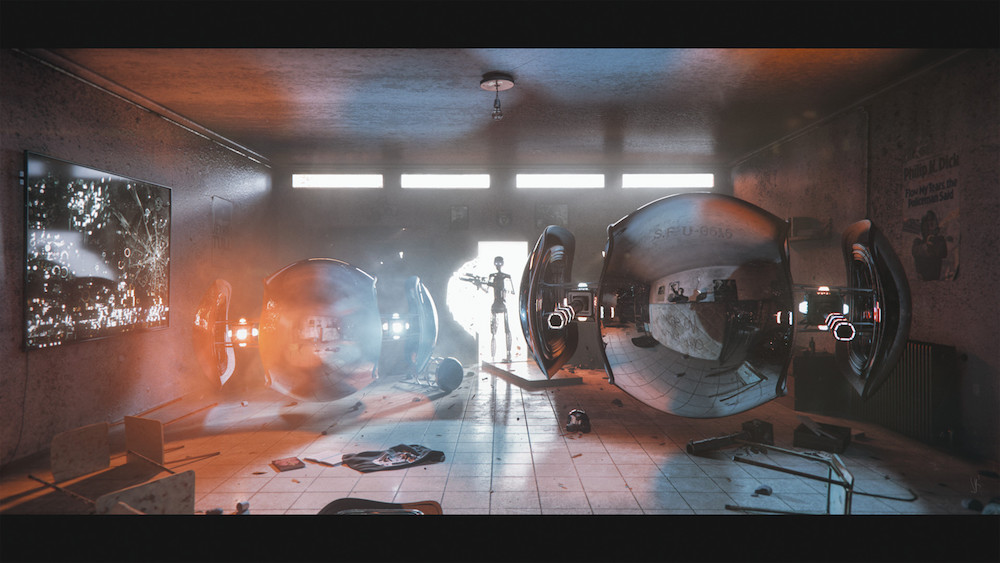 Nowadays I try to look for inspiration in things related to my interests, but not so closely connected to exactly what I do, so that I don't get "over-influenced" by other artists. Basically, I don't want to become another formula copycat.

I think learning ends at a point where you start relying on someone else's creativity to ride on it towards the illusion of progress.

Lately, I've been inspired by SpaceX and Nasa projects, science fiction writers like PKD, directors like Nolan or Ridley Scott, video-games like Deus Ex. Regarding other visual artists I like and/or follow, I would probably have to mention John Berkey, Craig Mullins, Jakub Rozalski, Wojtek Fus, and my friend @Manoloide who is a Blender user and an incredible generative-artist to whom I own a lot in my artistic and professional career.

You create a lot of beautiful, abstract renders. Are they examples of you playing around till you get something appealing or are they borne from a message?

It depends, for example Pentadimensional is abstract and I did it right after watching the movie Interstellar.

On the other hand, pieces like Ataraxia or  Aqualung are pure serendipity, tests and experiments that end up looking like something worth publishing. But I'm trying to move away from those and be more and more figurative, or just leave the abstraction ones for quick "in-the-moment" pieces. I don't think there is anything intrinsically wrong with going abstract, but I feel like I still have a lot to learn and working with abstraction it's easier to "wing it" and make it aesthetically appealing without more sophisticated means of purpose or message like the question mentions.

At the very least, abstract pieces let you get away with much less effort or knowledge, and I don't like feeling like a hack because of it. 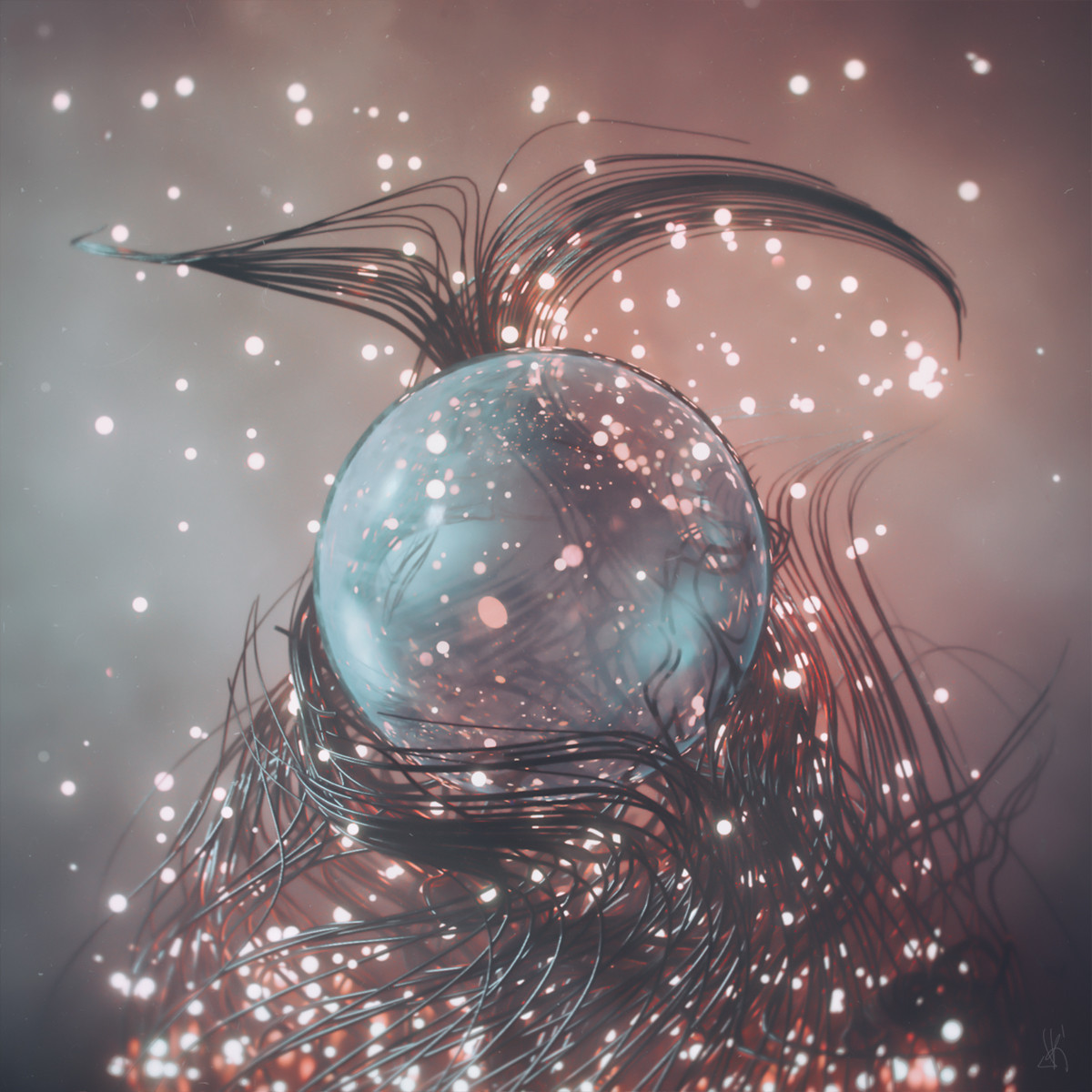 Is Blender your only 3D package of choice?

Apart from that little bit of Rinho before I even knew what my options were, Blender has always been my go-to tool for all my work since I started with it 8 years ago. I did expand my toolbox since then, adding Houdini, ZBrush, 3D-Coat, Nuke and several other software to my workflow, but Blender remains my main 3D package and I'm not thinking of changing that now, specially not with 2.8 around the corner. This software has truly given me a lot and I couldn't be more thankful.

This year I'll assist at my first bConference and I'm excited to meet all the Blender Heroes there!