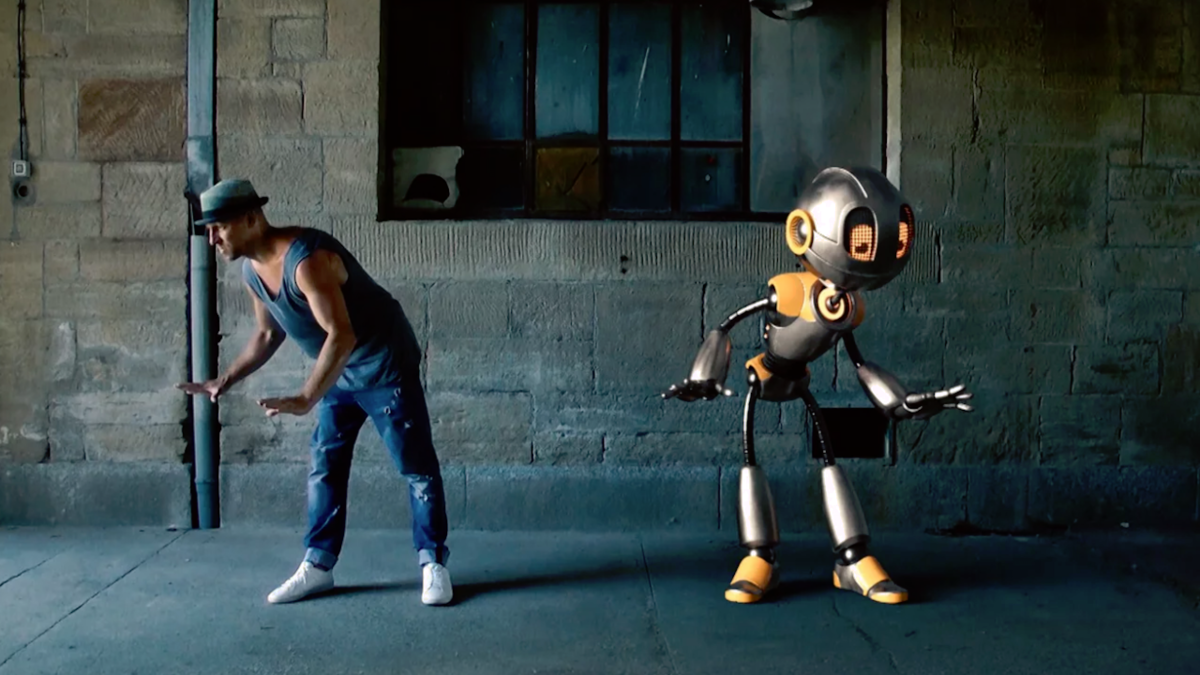 Florian, we love the dance-off video! How did you come up with the idea?

I've been dancing professionally for over 10 years and often perform with my dance group, Fette Moves. I love combining this with my other passion, 3D Art. The mix between smooth and really hard and fast movements is so inspiring; I've already made an animated movie with dancing robots, which was made in Blender and rendered in Octane. But that was more of a storytelling movie.

This time, I wanted to create something funny and positive. I had been planning on creating a mix of live footage and CG.

What made you choose the Rivet character?

The first time when I saw VonnBots, the new members of the Blender Rig Family, I wanted to make something with them. I really like the style and the positive round shapes of the VonnBots, and I chose Rivet because he has a torso, arms and hands. You guys did an amazing job!

How long did the project take from start to finish?

All together it took 3 weeks including the render time. The longest part, of course, was the animation.

Did you create the choreography yourself? Did anyone help you with the project?

Except for the character, it was a one man project.

Were there 2 real-life dancers, with one being edited in post-production?

There was only me dancing so I needed to record it a few times to make sure I'm at the right place, and also to make sure the high-five at the end looks right!

Rivet doesn’t have any shoulders that articulate, and he has a large head. What did you do to overcome these limitations, and the different proportions?

The different proportions were not a problem; I like that the Rivet is a human-like robot. The shoulders were a limitation for sure, because in dancing you use your shoulders a lot, for waves, pops (stop moves), and so on.

The Rivet doesn't have shoulders, so I made his torso work all the more.

How much video reference did you use?

For the parts where we dance together, I used my video references for the poses, for the timing and spacing. For the solo parts of Rivet, I used video references just for some parts, the rest was animated based on my feeling.

Afterwards, I tried to push the animation a bit with pops. I did have to improvise on some things because the lack of movement in the Rivet's shoulders.

What is your favorite thing about the project?

I know there is still a lot I could improve; for example, the animations could be stronger, I could do more work on the lighting, add my my reflection and shadow on Rivet, but since this was a private project, at some point I had to decide that it's at a stage that I'm OK with.

And as always, I learned a lot doing it, and the most important part is the fun I have - both during the dance session and afterwards with post production!

Florian Genal is a 3D artist and animator. When he's not dancing, he's creating short animated films and exploring the art of storytelling through movement. More at www.FlojoArt.com 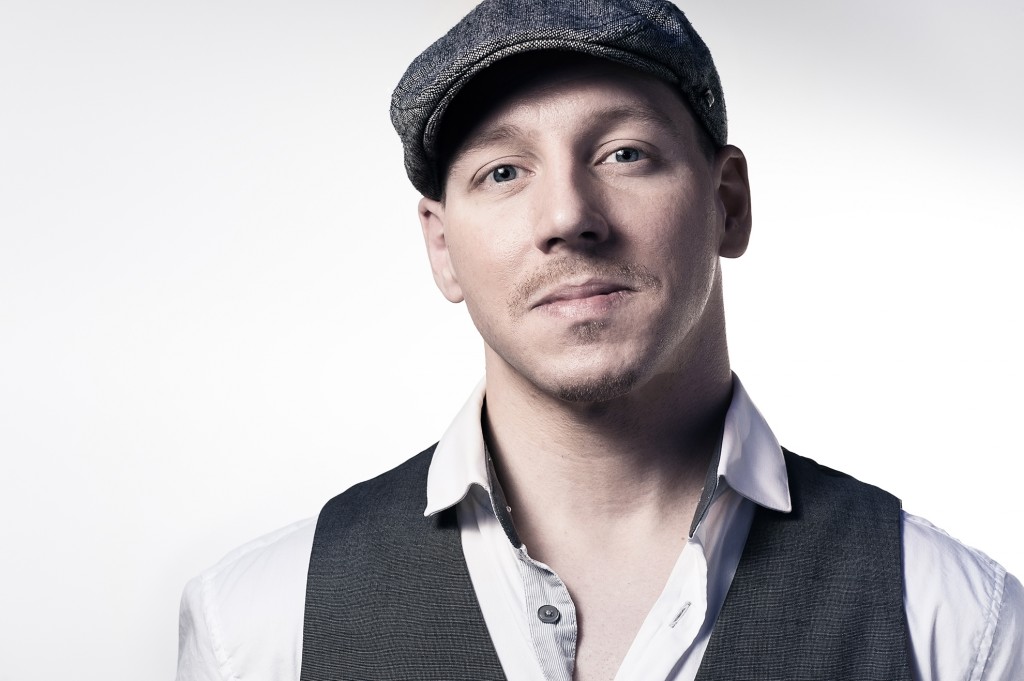