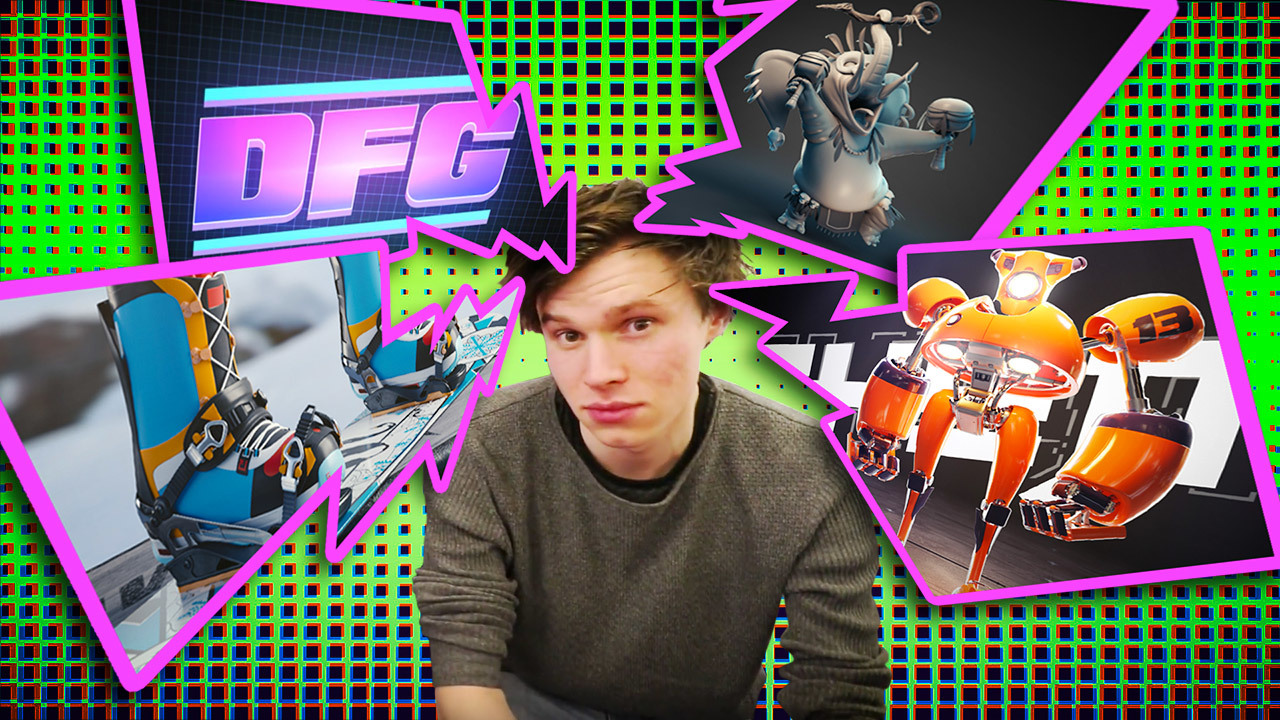 Glen is a long term CG Cookie member and I've gotten to know him as a standout student of my Realistic Character Modeling Workshop ( now available as a full course) over a year ago. Glen hasn't stopped excelling. Recently, he reached out to me asking for a critique of his "Chunk" character. I was so impressed at how far he's come that I jumped at the opportunity to introduce Glen to the rest of you, to hear about and learn from his journey. 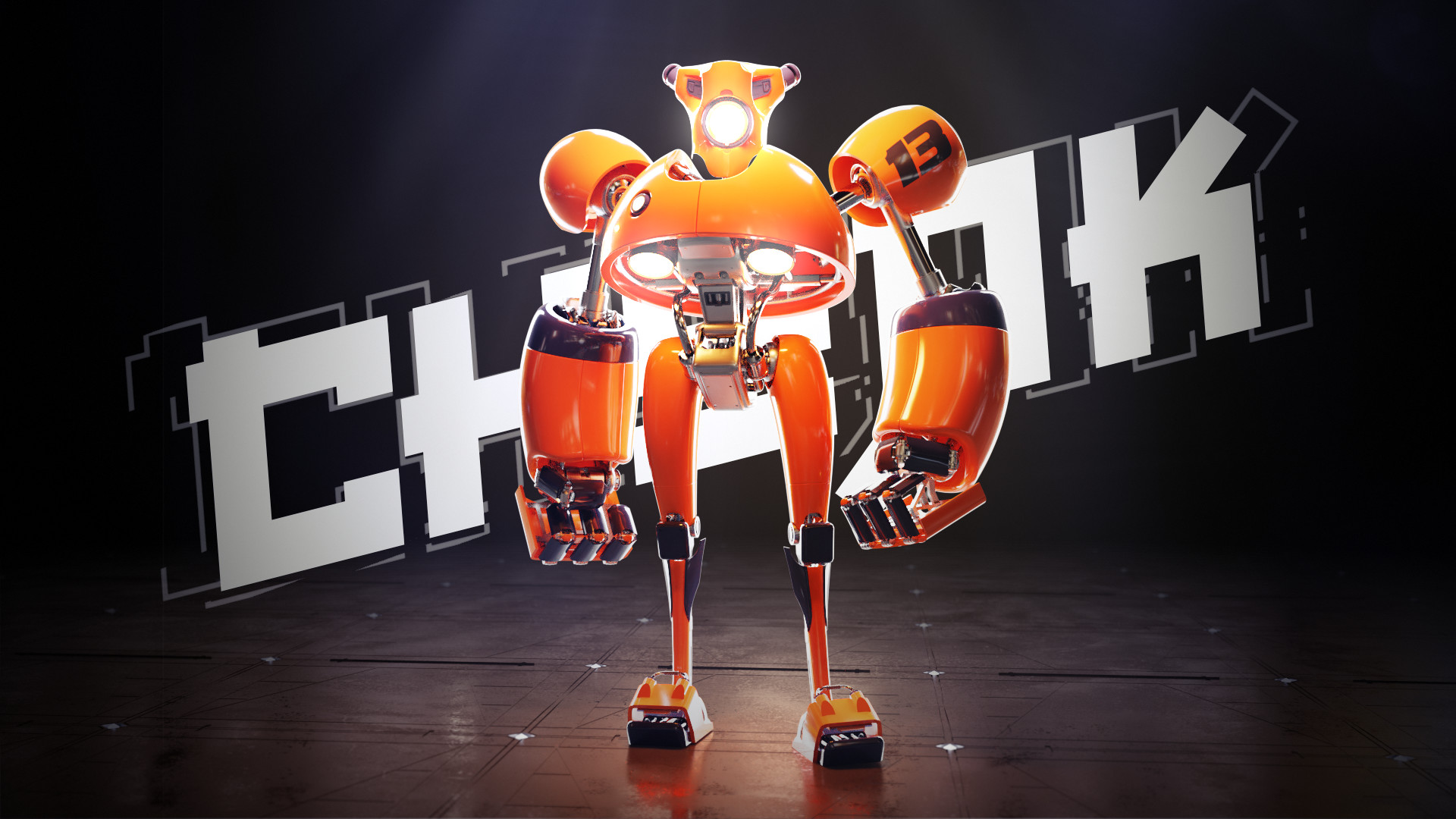 Glen, how long did it take you to go from total 3D / Blender beginner to landing a job?

I started frustratingly late with clicking around Blender in late 2011. In 2014, I left my tiny little sea side village with terrible internet to move to Glasgow where I started a college course. Within a few days I realized the course was about 10 years behind on the whole digital art scene and that the lecturers hadn't really worked in the industry, so I left. I then managed to land an internship at a small but awesome studio called Touzie Tyke and this quickly turned into a full time job.

Long story short, my 3D journey from a noob to a job in the industry took me about 3 years.

How did you go about marketing yourself for a 3D job? Online portfolio? Networking? 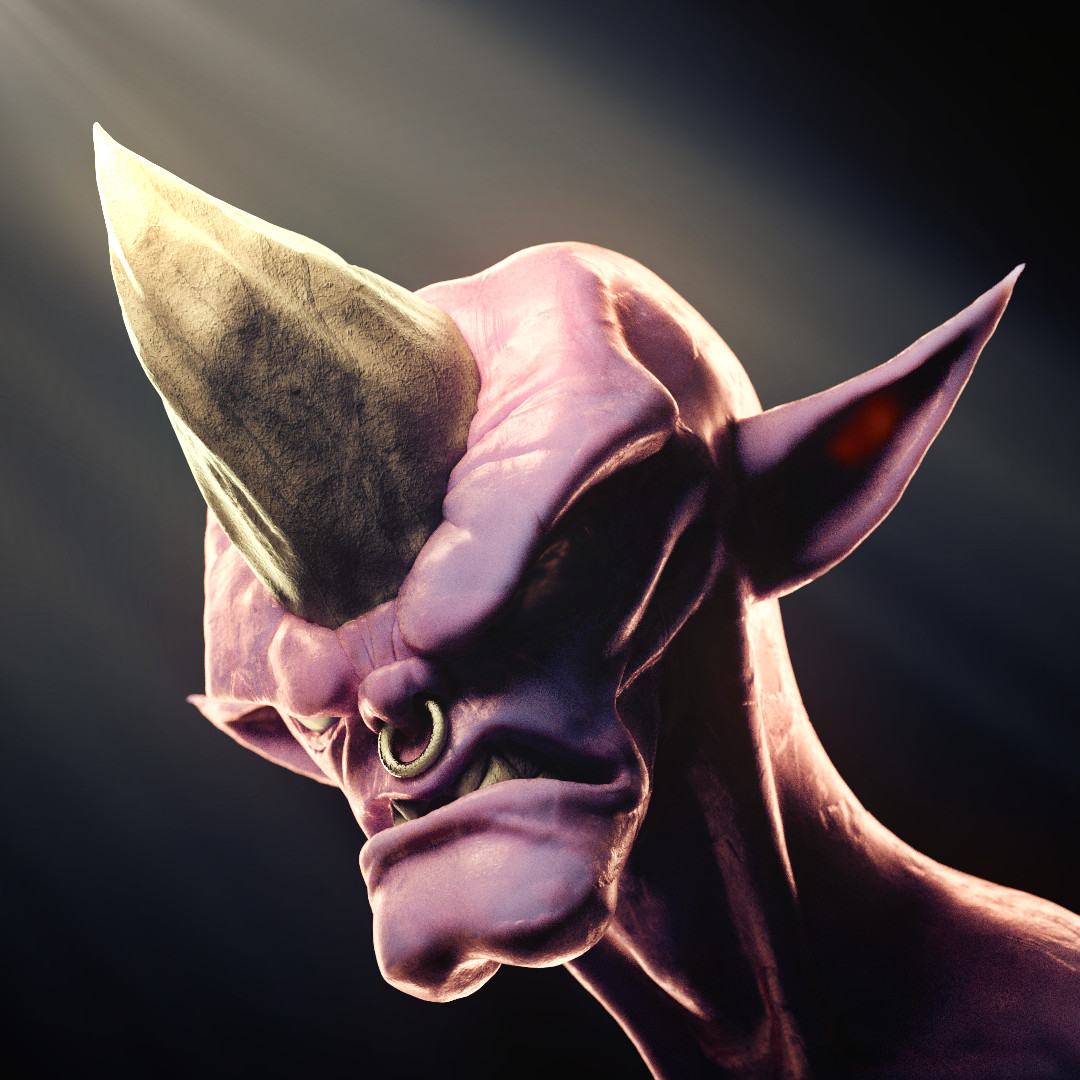 When I first arrived in the large city of Glasgow, I was intimidated and didn't know anyone, at least not anyone working in the industry.

I put together a rough showreel and sent it to every studio I could find. I knew small-to-medium sized video production companies don't tend to have in-house animators and are more inclined to work with freelancers, so I got the list of about 10 local studios and sent them off my CV (resume) and showreel and waited.

I pretty much wet myself with excitement every time I got an reply, but most of them said they weren't hiring right now or they'll “keep me in mind”.

Eventually, out of the blue, I got an email from Touzie Tyke, a company I hadn't included in my emails, asking me to come in for a chat. Turns out, one of the video production companies I applied for worked in the same building and had a good working relationship with Touzie Tyke and they passed on my showreel!

You ended up working at Touzie Tyke Animation for 3 years - What was it like?

The 3 years I worked at Touzie Tyke were fantastic. For the first time, I was getting paid to do what I love and Pete and Ewan (studio owners) were, and still are, awesome and very helpful to me.

When I joined they were using 3D for some basic stuff but mostly specialized in After Effects and 2D Animation. Now having the option to do more in 3D we went a bit mental, taking on loads of 3D jobs. Sometimes they just told me to make something cool. I can't tell you how frickin' awesome it was to be paid to literally just make whatever you want as long as it was “cool”!

I was responsible for everything 3D. I would call myself a generalist when it comes to 3D which is perfect for a small studio. I used nearly every skill I had while working there on a huge range of projects: Product visualization, character animation, hard surface modeling, motion graphics, 3d tracking, VFX, scientific visualization, etc.

You worked on a short film with Touzie Tyke studio called "Lockbox". How did it come to be? 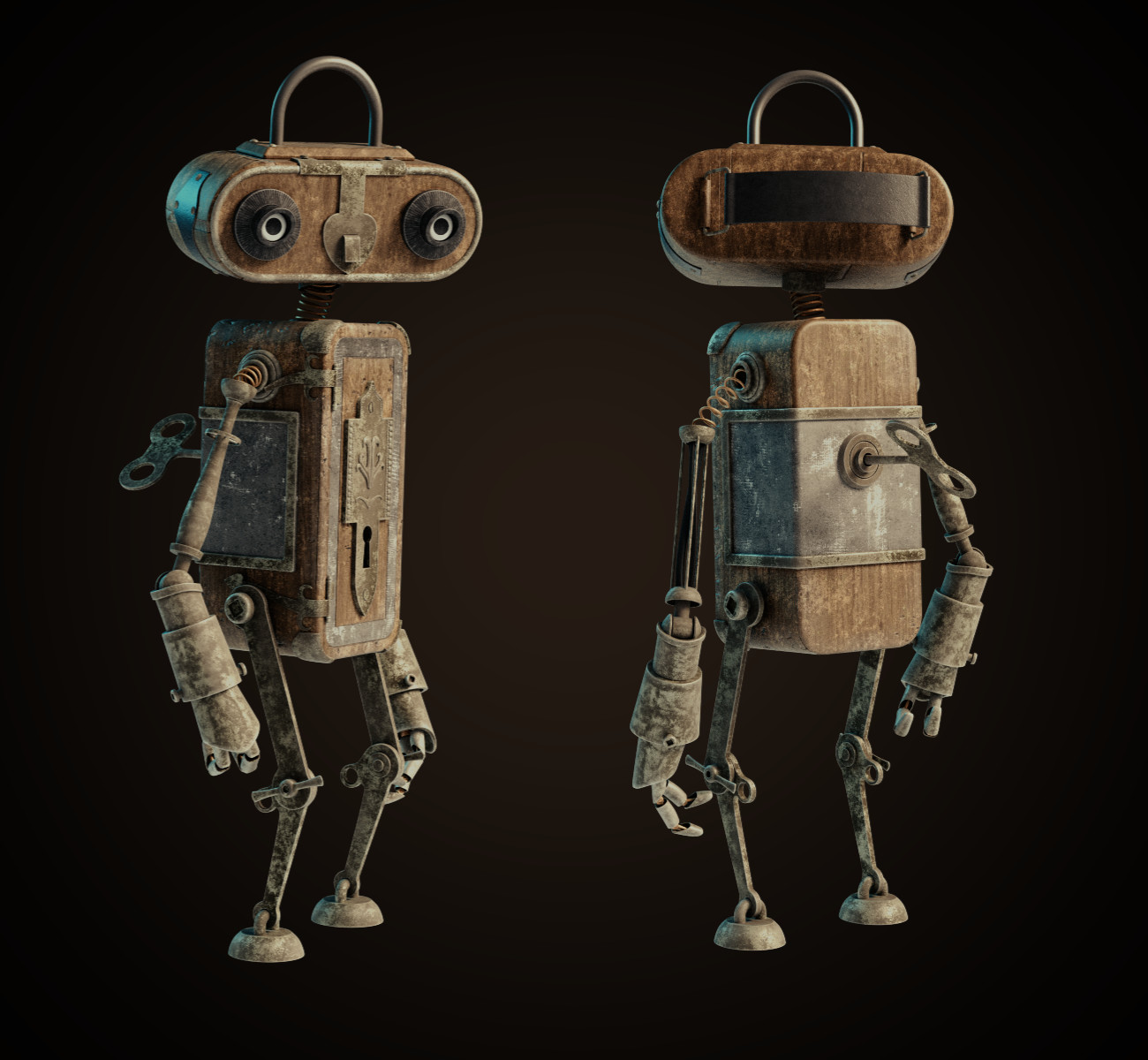 Lockbox is hands down my favorite project with Touzie Tyke. It started with Pete telling me again to “make something cool”. So I had a look through our showreel and tried to see what animation we were lacking in. I decided on character animation and ended up with a pretty dark idea: A mechanical wooden robot with a keyhole in his chest who ends up killing himself by stabbing himself with a key.

Pete loved this idea and turned it into an awesome short film. I finished the animation in about 2 weeks and we start sending it around film festivals. They even flew me down to Bristol to watch it at the Encounters Festival. I am happy to say it was received really well and it has just recently been released publicly. Watching it back, I can now pick out little problems here and there but I am still really proud of it.

You also worked with a prop-making studio, Sorenzo Props. What was that workflow like?

Man, Sorenzo Props is another awesome company. Like me, they are just big nerds that love a good space gun.

It started with them asking me if I could create a 3D Rat King pistol based on amazing rat reference images they gave me. I was super busy with other projects, but.... the nerdy side of my brain has laser guns and usually wins over the responsible side. What can I say? I spent 5 hours sculpting rats that night!

The workflow was pretty straightforward, I just needed to adjust my normal practices to make sure the result could be 3D printed. I started off by sculpting, retopologizing and rigging a pretty basic rat. I duplicated the rat 3 times and roughly posed it following the reference images I was given. I chucked on a multi resolution modifier so I could sculpt the details like muscles and fur and still jump back to the low poly to adjust the pose if needed.

After this, I simply mirrored them across, added a boolean to remove the parts of the rat that were sticking into the barrel and it was done. The barrel was poly-modeled and sculpted on top of using techniques from Kent Trammell's Rock Sculpting Tutorial and again booleaned to remove the barrel hole. Hang on...I don't think it's called the barrel hole...bullet tube? Cylinder of death? The small black window to the infinite abyss? You can tell I am great at accurately naming the objects in my .blend file.

The handle is the only part I am a little disappointed with but there is a reason for it. You might notice how the leather wrap just clips into the parts of the gun. This is because the gun is being 3D printed and I can't model an accurate cloth wrap; the wrap in the game is pretty similar in how it just clips into the gun so sacrifices must be made.

After I finished everything else I needed to split the gun up into 3 separate objects: the barrel, the body and the removable magazine, so it could be easily molded and cast. I then added the registration marks for easier assembly, double checked that the scale is right and sent it off for printing. The gun is so cool that I actually dropped my normal rate so I could have my very own version. I can see this being a regular deal between us...as you see, financial planning isn't my strongest suit.

Tell me about your latest project, Deep Fried Games: What exactly do you do? 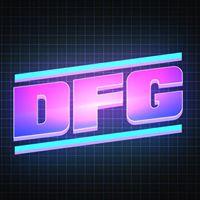 Deep Fried Games (DFG) was started after I bought myself an HTC Vive and searched for a Spiderman-style swinging game only to discover that none existed.

If anyone has played Spiderman 2 or Ultimate Spiderman for the Playstation 2, imagine a swinging mechanic like that in VR - How cool would that be?!

I found a very talented programmer, Gabriele Maddaloni, started DFG with him and worked for about a month until we got the swinging mechanic working just as we wanted. We made a super rough demo and set about recruiting other talented people to help develop the game. DFG now consists of; Will Norval, our sound designer; James Simcox, our composer; Thomas Salga, our game and level designer; Doug Jagger, our business manager and my lovely girlfriend Keren McGregor, our social media guru.

You may be wondering how 2 young guys are managing to pay 5 full time wages. Well, we aren't. Every person involved in DFG is so invested in making this game and starting a game studio together, that everyone is working for nothing, just relying on the game selling well enough to start a studio afterwards. I am continuously astonished by the work ethic of the team. We have been developing and exploring this for about a year and we still have as much motivation to get this game out as when we started. The project has hit lulls and development has slowed down due to external circumstances every now and again, but we all keep pushing on. Watch this space!

What's the pipeline like for the Spiderman swinging game?

The pipeline is still something we are refining but for the most part. I concept some rough designs in Blender, we all give our opinions, I argue with our game designer about form vs function and I inevitably scrap some.

Then we take it into VR and test for practical purposes. Some shapes just don't work in VR and feel weird so we will scrap some more, or all of them. We have done that a few times but I learn something new and make sure to address these issues in the new batch of rough models. Once we have something we all agree on I will refine the model, unwrap it, bring it into Substance Painter and slap on some color.

Will this project make it to any platforms or consoles?

We would love it to make to consoles but the mechanics in our game mean you need at least standing, 360 degree tracking so we would need to either make a version of the game that is playable with these restrictions or wait for the hardware to catch up. For now we are developing for the HTC Vive and Oculus Rift.

What advice would you give to someone learning Blender/3D and wants to use it professionally?

It's pretty simple, work hard and invest in yourself. I was a member of CG Cookie for 3 years before I got a job and within the first week of working I made enough to cover those 3 years of Cookie membership. That's insane when you think about the mountains of debt people leave higher education with!

If there is one piece of fairly unique advice I could give, it would be to surround yourself with motivated and successful people. As a general rule, you are an average of 5 people you are closest to. Being brought up by my parents was definitely part of that; they are both very entrepreneurial and motivated people with incredible work ethic. They have always encouraged me to explore my hobbies and try new things. I genuinely think if it wasn't for their outlook on life rubbing off on me, I would have given up a long time ago.

Obviously, you don't have control of who your parents are but make friends with people who are already in the industry or just successful. Let them motivate you, become envious of their position and work towards where they are.