Everybody likes to feel nostalgic every once in a while, right?

For me, it can be hearing the Ocarina of Time soundtrack that transports me back to my childhood and the countless sketches of Link I drew. Or how any Flogging Molly song places me on the specific rural road I used to travel in my home town, blasting their records. Apparently music is a big catalyst for my nostalgic moments. Similarly, there are certain things that trigger memories of my first experiences with computer graphics. CG is a big part of my life and I think it would be fun to reminisce about how we got involved with it. Please follow along by sharing your own discovery experiences in the comments! 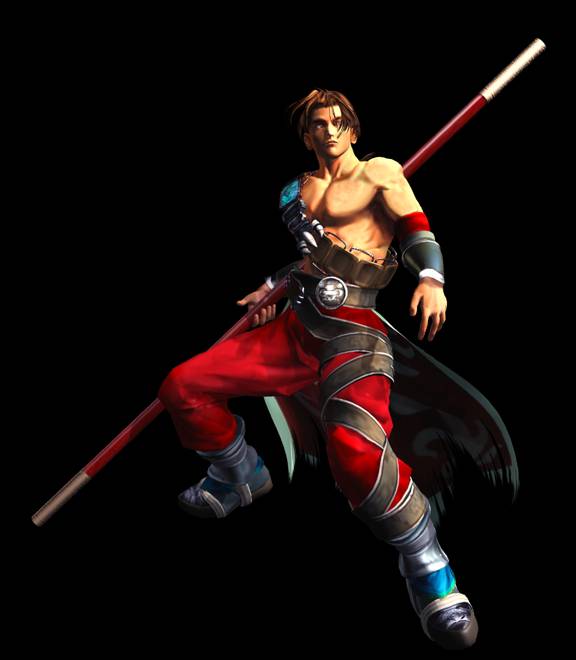 I can trace the initial spark of curiosity back to the Dreamcast game, Soul Calibur. I read the instruction booklet over and over, studying the fighters’ bio renders - Kilik’s especially. For me, drawing was something I constantly did as a kid. It was the only way I knew how to recreate the things I saw. And I remember realizing the Soul Calibur images weren’t drawn, but somehow made in the computer instead. So as a 10-year-old kid I opened Microsoft Paint and attempted to recreate it!

As you can imagine this didn’t work out. Utterly dumbfounded, I gave up and could only ponder about the medium I didn't understand. That’s how the CG seed was planted.

Fast forward about 5 years and I’m a freshmen in high school. I was friends with a guy who was king of the nerds as far as I knew. And I mean that in the best way - He was brilliant and I’m sure he’s doing big things these days. But as a 15-year-old he was developing a video game from scratch in his free time. And since he knew that I “liked to draw” he asked if I would be interested in building some gun models for his game. Turns out I was very interested so he pointed me to Milkshape 3D. Ever heard of that one? At that time I hadn’t yet figured out how useful “googling” stuff was so the best I could do with Milkshape was to cram a bunch of cubes and cylinders together so it roughly resembled an M16. I kept playing with it for a few months and eventually learned how to search the internet for CG-related things by typing in words I saw in the program: "vertex", "polygon", "extrude",etc. That’s when I stumbled into the CGTalk forum for the first time and my mind exploded!

The stuff there looked just like the characters in the Soul Calibur instruction booklet. Finally I was in the right place. In no time I was introduced to the professional players: 3D Studio Max and Maya (Not a lot of Milkshape users on there). Another search dropped my jaw at their price tags. Yet undeterred, I contrived a deal with my parents to pay half of the $600 student version if I payed my half through household chores.

A couple months later, a large blue and purple box of life-changing software arrived on my doorstep. If you’re wondering how I didn’t discover Blender instead, I’m wondering that too! I have no recollection of seeing “Blender” in any of my searching. Though, maybe it did appear and I dismissed it for the kitchen appliance. Again, wasn’t very experienced with the Google.

That whole year was almost entirely devoted to computer graphics with 3ds Max 6. I wore out the included, massive tutorial book along with the classic online tutorial about creating Joan of Arc - You know which one I'm talking about!

By the end of the year, I was done playing and wanted to make a serious sequel to the original Matrix film. After months of working on an ugly scene and an ugly character, I abandoned the project. I took a break from the computer for a few months until Halo 2 was released and I got hooked. With H2 I splurged and purchased the special edition which came with a behind the scenes look into the game’s development. That DVD was like an epiphany (Bungie has since uploaded it to YouTube). THIS is what I wanted to do when I grew up! So naturally, as an aspiring digital artist with a dangerous amount of free time, I decided to make a Halo film. An endeavor that produced several improved character models but ultimately withered away. Not to worry though, my career path was set! It was off to college and then into the industry.

Below you can see a few screen grabs of my first CG projects....yikes. I don't even care to remember what's happening in that third cart-wheely image.

Anyway, those are my favorite nostalgic experiences that introduced me to the world of computer graphics! Now anytime I stumble upon Soul Calibur gathering dust in my basement or watch a trailer for the latest Halo iteration, I can’t help but remember back to the early days of vertices, polygons, and extrusion that ignited my creative passion.

How did you discover your passion for computer graphics?

Share your story either here in the comments below or in this community thread!