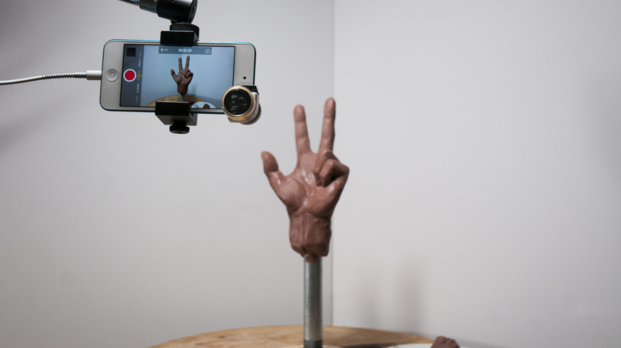 How does the CG Cookie author crew produce tutorials that reach hundreds of thousands of viewers around the world? It takes a lot of research, a deep understanding of the way people learn and large quantities of a beverage of choice.

We asked Lisa Schindler, Jonathan Gonzalez and Kent Trammell how they prepare for tutorial production, what tools they use and the pitfalls they have learned to avoid. 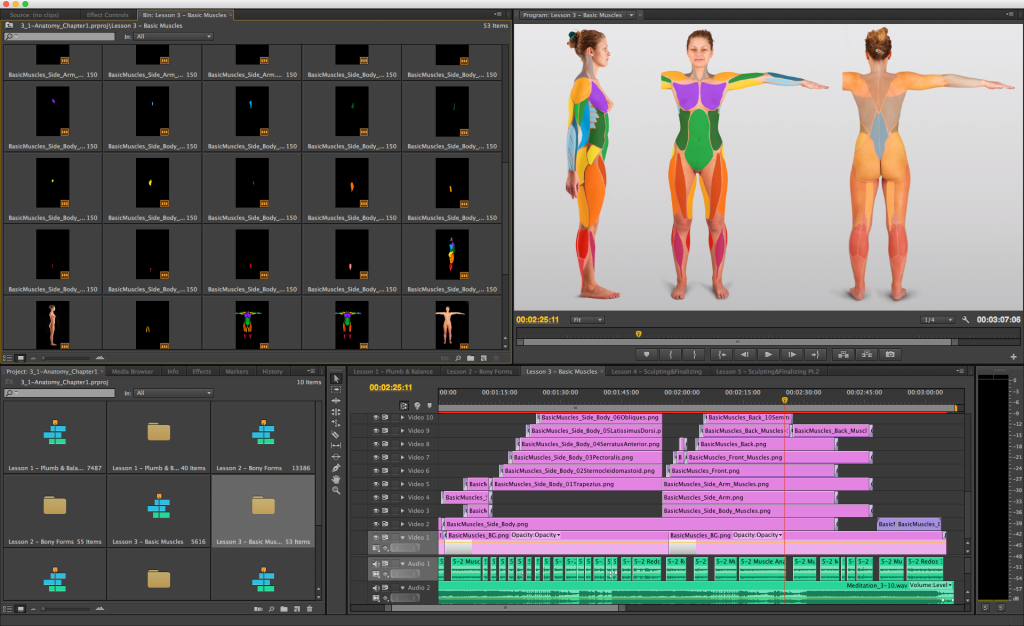 Deciding what to teach

When it comes to selecting topics, the CG Cookie crew believes in following inspiration and excitement: “Inspired content tends to result in the highest quality educational material,” says Kent Trammell, our Blender expert. “Most often I will chase whatever is inspiring me at that point in time and teach it.” Jonathan Gonzalez, CG Cookie's Unity trainer, agrees: “I might be playing a game or watching a movie and say, 'That’s awesome!  I can create something very similar in Unity' which then gets added to my running list of ideas.” 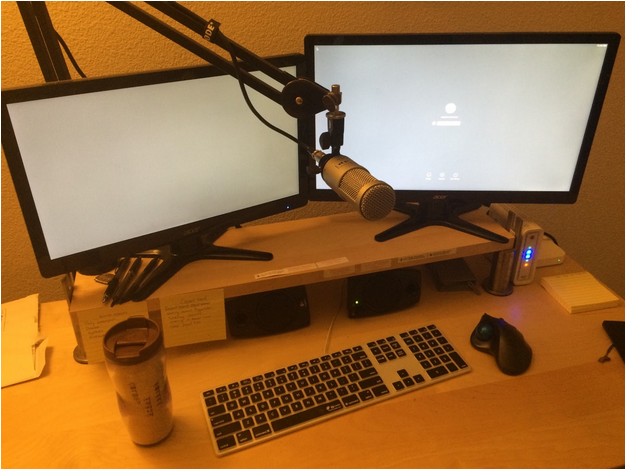 Jonathan Gonzalez' workspace with a compulsory cup of puerh tea.

Kent still remembers the moment when he was inspired to create his now-legendary sci-fi helmet course: "I was in Kansas with Wes and Charlie visiting Jonathan Williamson. Charlie was evangelising PBR and the texture painting workflow of  DDO Quixel , specifically  this video. I thought, ' Blender could do a cool helmet like this!' So I put all my other projects on the backburner and made the sci-fi helmet courses!”  Other courses might be designed to fit into a Learning Flow; in that case, the authors follow the logical progression of the creative pipeline to decide on the next topic.

Every tutorial topic takes serious research time. When planning his tutorials, Jonathan Gonzalez begins with the end product, then works backwards, breaking the process down to digestible sections.  Lisa Schindler, CG Cookie's sculpting trainer, does most of her research online: “I read about my subject, such as human anatomy, and look for images that help explain it well. If I don’t find any in public domain, I often have to create my own.”Kent begins by asking himself: What is the best way to teach my chosen subject?   He researches previous CG Cookie tutorials and their key viewer statistics:

“If a video is popular and the engagement rate is high, I may watch it through to glean understanding of how the material was taught," says Kent. "This can clearly show me not to do a minute-long introductory monologue, because viewers are dropping like flies after 30 seconds.”

Having the Right Tools

An essential part of preparation is making sure the authors have the right hardware and software. For Lisa, this means all her sculpting tools and materials, as well as a full filming setup: "I use an iPod mounted to a gooseneck which allows me to capture all possible angles. For image processing, I use Photoshop and Illustrator, as well as film editing software. For sound, I use a good microphone to record onto my iPad and if necessary, I use Audacity for post-production of the recorded sound." 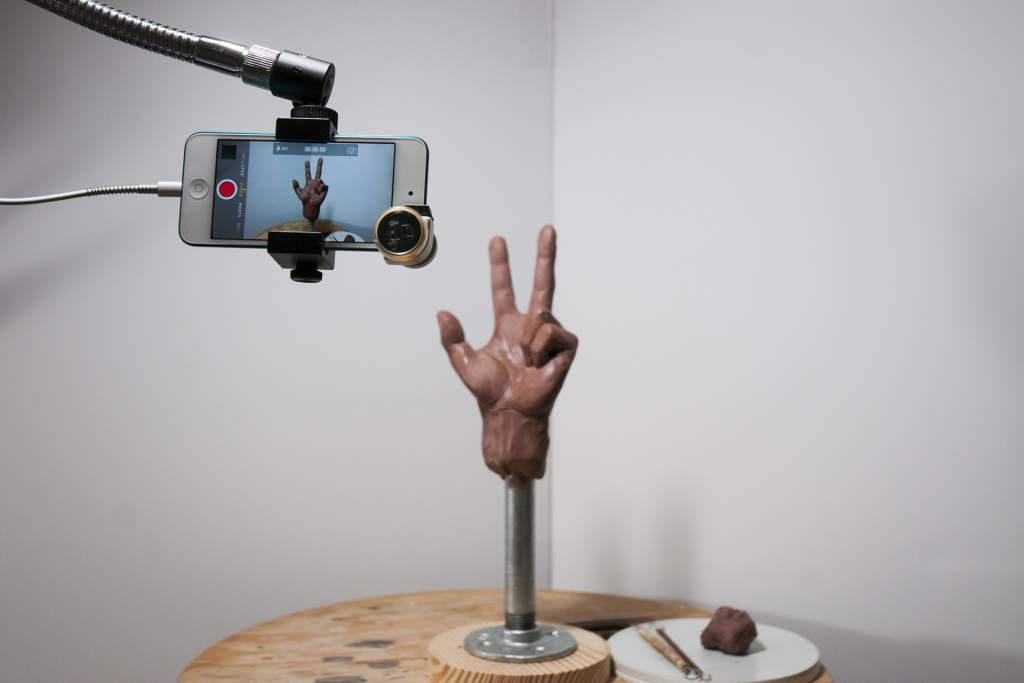 Kent uses Rode Podcaster for audio input, with Camtasia for recording and editing and Photopshop for visual aids, title slides and other graphics. For training which comes with background music, he uses ccMixter. The final compression is done in Roadmovie.

Jonathan uses a Heil PR40 microphone and a dual screen setup. As for software, he likes keeping things simple: "I record with Camtasia, although I’ve been experimenting with Adobe Premiere and Screenflow. I’ll do audio enhancements and general cleaning of the audio in Audacity. Photoshop CC is my image editor of choice and something I use to create course thumbnails or general image editing."

When it comes to recording video and audio, each author has a distinct approach. Kent makes sure he has a script on hand: “As much as I wish I had it, improvisation is not a strength of mine. So I’ll generally script out any introductory monologues or theory explanations for recording. But once I’m in Blender and recording my workflow, I’m fueled from rehearsal.”

Jonathan prefers giving it a few goes without a script before he gets it perfect: “ Most of the time when I record it’s all improvised. But I may record something 10 times of more before finally getting into the groove of things. Even a 5 minute video may have taken 30 mins to an hour to get just right.”The process is even more time-intensive for Lisa: “ For a course of 25 to 30 minutes in combined length, I easily record between 20 to 30 hours of footage, then edit it down.”

Kent agrees that good things take time: “From the initial idea to having the final video, the production process can be surprisingly long. Short Film Character Production took me 4 long months in 'the dungeon', as we call it, including the pre-production stage of conceptualization. But short tip videos can be completed in a day." 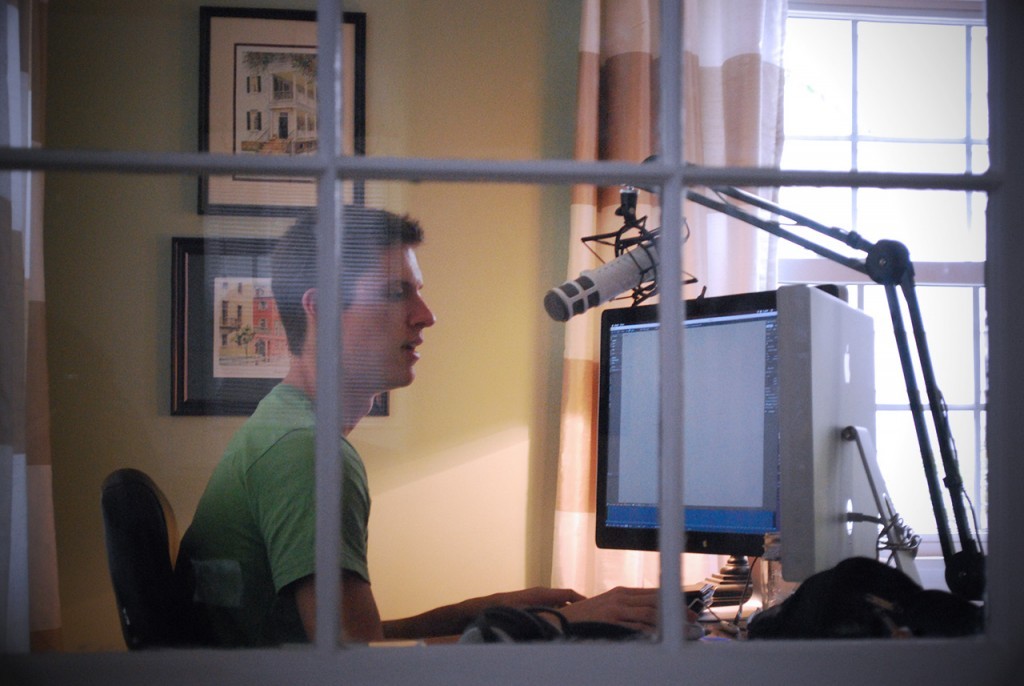 Kent in his dungeon.

It's Not Always a Smooth Ride

Don't be fooled by the final result: sometimes, getting there can be tough. For Kent, the recording process comes with anxiety even after years of creating tutorials: “Recording has always been a highly stressful task for me. I’ll prepare and rehearse till I’m comfortable.”

Even then, there are challenges: “The typical scenario is recording an entire tutorial only to realize your mic was turned off, or trying to overwrite a video only to have it show up entirely black and having to re-record the entire tutorial,” says Jonathan. “And let’s not forget the frustrating aspects of everything working perfectly before and having nothing work when it’s time to record!” 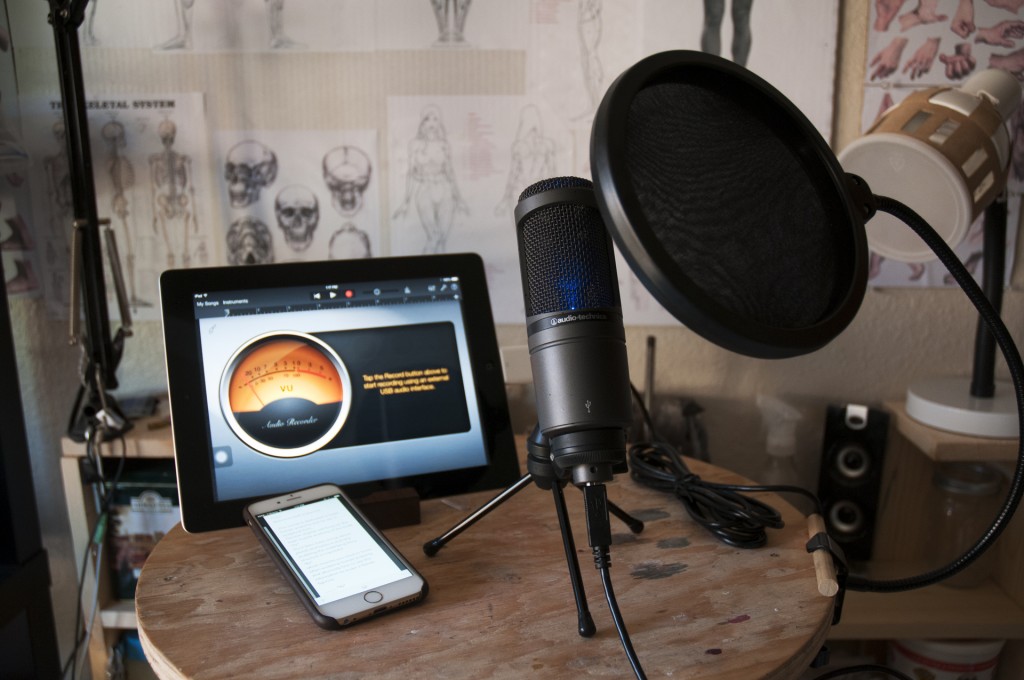 Kent has a looming fear related to the unavoidable spicy outbursts: “ After a fifth take trying to say a sentence correctly or the neighbor’s chainsaw cutting on in the middle of a recording session, an expletive or two may slip out. I don’t think it’s happened yet, but I fear the day where I miss editing one of them out!”

Lisa has devised a unique setup to avoid any background noise: ” I mostly record in the kitchen where the fridge has to be turned off - and yes, on occasion I may have forgotten to switch it back on! Also, the AC must be off. When you live in the desert, this can be quite a challenge, and I end up having to record early in the morning or late at night.”

Inevitably, all tutorial authors often deal with a tough audience: “ To me, one surprising bit of baggage that comes with recording educational videos is the grammar police," says Kent. "For the first year as a CG Cookie instructor, I kept saying 'vertice' instead of 'vertex'. And wow, did grammar experts come out of the woodwork to correct me. I think  - or hope - that I’ve since trained myself to say it correctly .”

At the end of the day, the authors agree that the best part of creating training is helping other artists. " It can be incredibly rewarding knowing that because of me, someone else learned something," says Jonathan. "Getting the 'Thanks, now I can finish my game' type of responses or the 'I had a hard time learning this before I saw your video' comments make it all worth it."