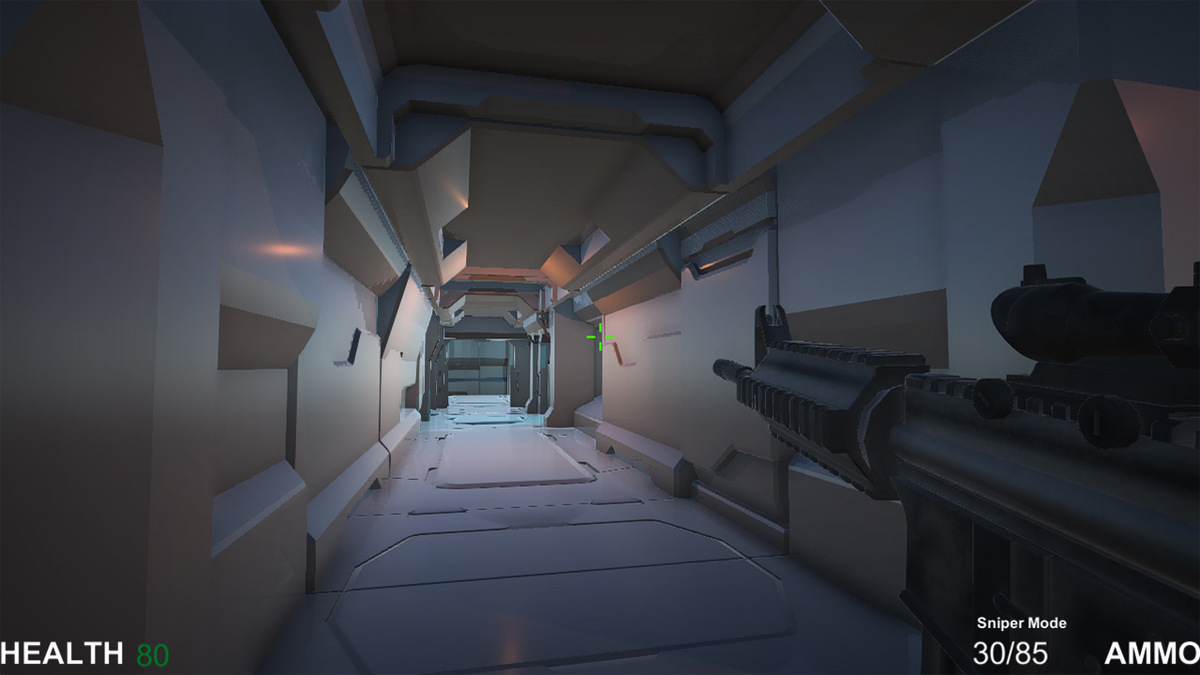 For years we've heard from you, our users, that game development is a big topic that you guys want to learn. This past December, we committed a big effort to this request in the form of a Tower Defense Learning Flow. It's been a pretty big hit! You guys weren't lying.

Today, we're very excited to share that we're working on another game development Flow centered around the first-person-shooter genre. As with the Tower Defense Flow, our approach with this project is to deliver game development education in a two-fold method:

We're almost one-and-a-half months into production on our first person shooter prototype and we're having a blast with it! We've been referring to it as "The Range". It's going to be a beautiful sci-fi-ish aesthetic complete with glorious harsurface environment details, a robot character, and yes, of course bad-ass weapons. Also you can expect some CGC easter eggs o'plenty!

Yeah robots! Who doesn't like robots? We sure do. Tim came up with some sweet design that we are translating into Blender.

The level is self-contained as a fairly large structure of hallways, rooms, and a large open courtyard. Jonathan Lampel has spear-headed the level design and after 5 versions, we're really happy with the way it's playing.

Our list of weapons was initially 5 but along the way we decided to double up functionality, which makes the current count 3:

Here's the design sheet from Tim: 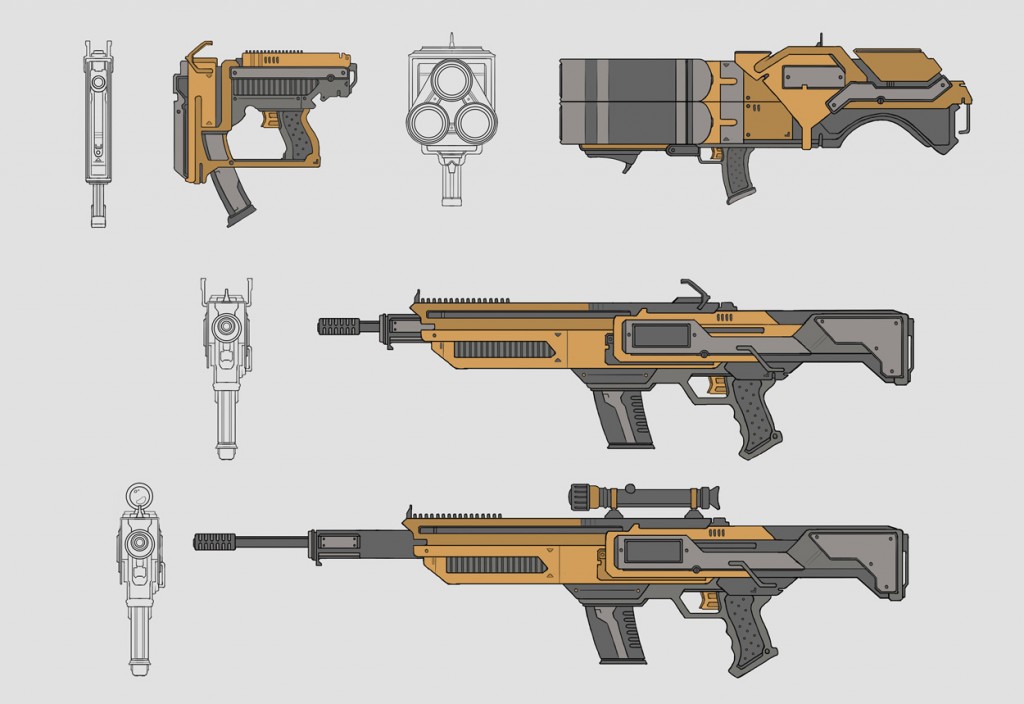 Jonathan Gonzalez is hard at work as the sole developer for the game. He's single-handedly building all game mechanics. Here's a taste of the prototype in action:

This is an ambitious project and we still have a long way to go but we're very excited about it. Stay tuned for more dev blogs about "The Range" in the near future!