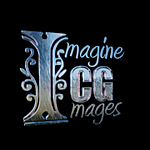 This is the start of a low poly game asset pack I am making. Intended for Unity, when finished these will be available as Unity assets. The models are as historically accurate as I can make them, there is no style here later than the 1500s, some of them will be as early as 900 AD. They are as low poly as I could make them, textured in Substance Painter, each model has it's own 1024 texture atlas. The flames are in Blender only, for demonstration - that's something I will get into in Unity. The models are low poly with high poly baked normals and extra details added in Substance. I tried to add a SSS or transmission to the candle...I'll have to see how it works in Unity. I have never made a game asset before so I am really interested in what you guys have to say, any help would be much appreciated! Cheers

Update: pack is now finished! I am just in the process of converting and presenting it for sale on BlenderMarket and Unity Asset Store!