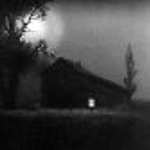 This is a project, I am doing for fun and learning. It has seen many iterations and is sort of a general bucket for whatever I am working on.

This was purely a mock-up for working through the Intro to Unity UI basics course. It has the geneal look of what I would like to eventually model and Animate for an actual title screen.

The table is based off the one in the painting In the Tavern, 1660 Jan Steen, It is the center painting of three I used for the level select screen.

I would like to eventually make an environment where you could play cards and use them as actual objects, with associated animations. I wanted the illustrations to help convey a sense of texture and history to the game world, so that they could be used as an oracle deck (though not specifically tarot), as spy-like signals, threats, or warnings; or as kindling if you are freezing to death.