back Flyer for a Christmas-Play 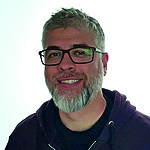 My son is part of a christmas play in church and I was asked to create a flyer for the events. I decided to give myself 8 hours to try and create a Sujet I could use for the flyer. I wanted to show some sort of town underneath a star and a special font (its a childrens play) and when I searched with google I found the following image that I liked the style of very much and wanted to create something similar in 3d. (https://images.app.goo.gl/mqbaBcMvkWvy5oWm9)

It was an interesting project and I was excited to see that I was able to come up with something that I liked. Of course there are many elements that could have been better but I managed to reach my deadline. :-)

The font I used for the title I got from dafont.com, created the "logo" in Illustrator and exported it as a .svg file to import it afterwards in blender.

The image was done in Blender, adjusted the colors a bit in Photoshop (I didn't have time for compositing since I have not used it in a while and would have needed to watch more tutorials) and created the final Layout in inDesign. I wanted to use Eevee but I had to change to cycles because of the clouds. The render itself took the complete night. Send the print-file to the printing company the next day. :-)