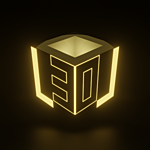 Scorched Earth is the result of a six week rapid production project for my college. We were required to implement all the stages of the animation pipeline(concept, art bible, story board, animatic, previsualisation, modelling, texturing, rigging, animation, lighting, compositing and rendering) to produce a short animation based around one or more audio tracks in an accelerated time frame of six weeks.

Due to the accelerated pace of the project I had to make a lot of decisions to push the quality as far as I could take it without blowing the scope out. As a result I only had 3 days to model and texture the ship, so I decided to do a medium poly model where inset and extrude became my friend, creating most of the detail you see as I didn't have time for a high poly workflow. And as for the texturing I used 3D-wolf add-on for simple drag and drop procedural textures.

This was a solo project made almost entirely in Blender, with compositing done in After Effects and rendering in premiere pro.