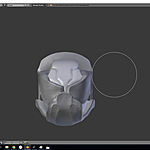 @natarthos The Transporter of Soldiers Souls: There was a Great man who served his country till his last breath. Everyday he looked up to the new Soldiers who continued to lead the fight for the home of the free and land of the brave. On his passing day he showed respect to many never turning back to frown as he left just a smile and showing of great respect. This is my day he said as he stood on the bank waiting for the Grim Reaper to come take his soul to his final resting place. As the boat approached the Reaper looked at him and said @natarthos my friend you have served so many without even knowing how you have touched their souls; because of this I have a special task for you if you decided to accept it now before it is told. @natarthos agreed to take this special task and The Reaper said good then for now on you will transport every Soldier to their final resting place. I will turn you into a Grim Reaper Bike and every Soldier will take their last Ride Styling and Profiling like they should be. Can you do this the Reaper asked? @natarthos said, " It will be my pleasure to continue to serve my country with my last breath and soul! "

In remembrance to a great friend and brother in arms Richard L. Morgan and his son Michael Richard Morgan.

His final words that was a deciding factor in my reenlistment for another 7 years of service.

"E5 USRA Retired, Medical, Honorable (old Vietnam Era veteran and yes I was enlisted which means I worked for a living. :slight_smile: )"