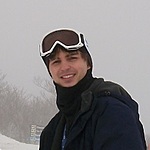 Fantasy Space Environment. Everything made in Blender. Just playing around with some concepts.

I started with some kind of advanced civilization that lost their moon due to war/catastrophe, and the civilization discovered some material/technology to control the situation, but part of the world was left as a desert.

Then I started moving towards the concept of a civilization that found a favorable planet to colonize for whatever reasons, but the environment was too chaotic so the engineers and scientists devised a strategy to tame the hostile world.