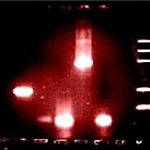 This is my concept for a sci-fi particle weapon. I wanted to create a smooth looking design and make it its functionality easily readable. Though i've run out of idea's for this one, so i post what i've got so far.
Golbal dimensions: X: 1m, Y 0.1225m + Z 0.29m(Z excluding the handle part = 0.24m).

I've learned:
- Manually assigning boolean-object with fluent to other object is NOT a good practice.
- How to use UV-Packmaster Pro
- How to bake diffuse data without traces (no random spots occuring at the model after baking)
- How to rotate UV-islands.
- Using the Colorramp to color sections of the model using Generated coordinates (i do really wish every marker would have a seperate RGB-input).
- How to effectively stack multple alphamaps on top of the main diffuse map.

[The story happens in the Overwatch(game) universe. It's situated before Overwatch(the game on release), lore wise]

During the Omnic wars, armies where overrun by hostile intelligent machines. Belgium* was no exception. Citizens from various layers of society started to form armed groups; the NVA** was born. The NVA assisted the national army and the Overwatch team to defeat the rampaging Omnics.
However, not all omnics where hostile and opposing the human race. Many Omnics whom already aquired citizenship in former Belgium, joined the collective effort and some even played critical roles in the wars. In the tense relationship between Omnics and Humans, this ment hope more a better future relationship.

After the Second Omnic War, Belgium was devastated and the governance was had fallen. The damage was so immense that the majority of eastern Wallonia was turned into a wasteland. Only some villages and a few cities were considered habitable.
In this political void, 3 new states emerged in the lands of former Belgium. As this was no suprise in former historically devided Belgium.

In the West: most of Flanderen emerged the (mostly) human populated state. Home to the NVA. The state and NVA opposed intelligent machines to claim identity and gain citizenship. Similar to Engeland.
In the East: Most of the wasteland was given to the helping Omnics as a sign of gratitude in their efforts in the war. This the Omnic State occupies mostly Omnics. Though most rebuilding were to be Omnic focussed.
And in the middle: New Belgium was formed and housed the new governance of the United States of Belgium (USB). Here Humans and Omnics lived in relative peace and harmony.

After the wars, the NVA still opposed the omnics and their so-called “state” and viewed this to be a bomb, waiting to explode. However, stripped from (inter)-national resources, they couldn't do much. In their search the NVA found a partnership with the Prometheus Corperation. The tech giant and arms manufacturer played a crucial role in supply, innovation, energy management and organisation during the Omnic Wars. This enabled the NVA to independently preform raids in the Omnic state.

However the Prometheus Coorperation had differend motives. As the Omnics evolve, new technologies come to live. Technologies that can not only tip the balance of power between the Omnics and Humans, but also lessen the market advantage.
And so the deal goes as follows:
The NVA gains acces to the recources, equipment and weapons they need for their activities. Including experimental weaponry. In exchange the NVA is not allowed to damage the Omnic facilities beyond repair, allowing continious harvest of technologies. While the NVA also must test various prototypes in the field.
While the NVA prefered a complete removal of Omnic infrastructure and Omnics themselves, though this compromise was deemed to be very acceptable.
The NVA knew that with field experience, a guaranteed inflow of recources and hyper-advanced weaponry, they will be ready for the next war. As something was brewing.....