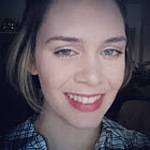 Hey all, I'm not sure if this is something in the works already, but I was wondering if there is anyone collaborating in this community to make a game.

If this isn't a thing yet maybe we could set something up? I think it would be a great way to have more engagement among the community and also learn some things about the creation process that we may not get from more focused areas of study. (Also, new potential for CGCookie course promotion if people play the result of what is made?? Just saying haha)