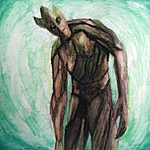 Hi, I'm Alicia. I've liked to draw since I was kid but was afraid to take it seriously, so I did it less and less and then altogether stopped in my 'teens. But then I took a drawing class in college to fill my credit hours and fell in love again. I took more art classes, got into juried student shows, but I still couldn't take myself seriously. My anxiety also led to a fear of working with pencils, because I was afraid of slipping up and ruining the entire piece. I bought a tablet a year and a half ago and abandoned traditional art almost entirely. The fear.

Fast forward to late April/early May of this year. Something in an artist's live stream I was watching got to me. (I won't name names.) He was telling a story of how something had told him something like, "Don't be afraid to go darker." I thought it was a metaphor. (It was not a metaphor. It was about contrast.) Anyway. I let it inspire me. Instead of ignoring and hiding from my anxiety and fear, I started drawing it. With pencils. 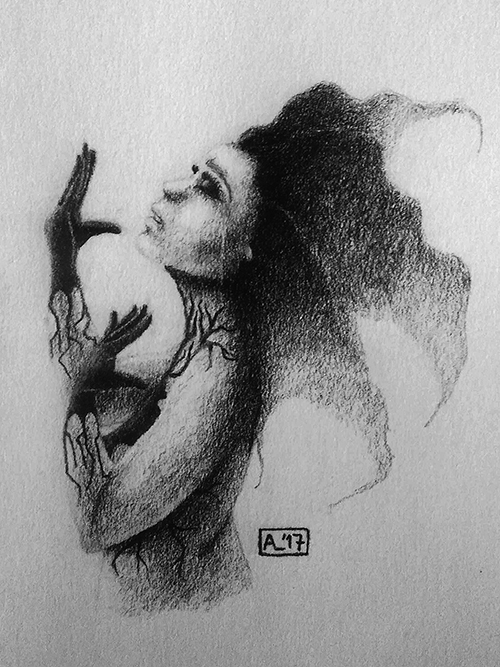 So, I like lost edges, and I think I've found my style for traditional. Now I just have to keep at it...and figure out how to translate this style to digital.