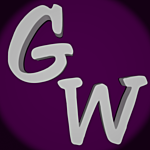 This section of the course really took some patience and trust in the instructor to get through it. As a newbie, I don't like seeing things already done and not fully explained (like how did he do the rigging parts) but in the end it will make sense. For example, the last Chapter 3 is Rigging Retrospect where he shows how to add the empties for controlling the cube. There is later an entire course on the Fundamentals of Rigging which dives into the details of rigging and controls. It was after reaching the end of this course that I realized why this is the order of instruction which doesn't make sense at first. Chapter 2 is (as advertised) is just covering the principles of good animation, and later I realized the hard way that until you have planned out what you want your animation to do - it is a waste of time trying to create a proper rig to do it. So, I just had to ignore learning the details of how to create the actual rigging at this point in my learning curve, and only focus on the concepts of animation he was teaching. The rigging lessons come later, and once I accepted that - it was much less frustrating for me. Also, I enjoyed his British sense of humor and sarcasm - but for Americans who need some translation: "Full Stop" is what we call the punctuation symbol "period" so when he says, "Press Full Stop on your number pad" that is what he's referring to... there is no key labeled "full stop" on your keyboard. ;) I hope this helps those who get frustrated with this course - it really is a great course!