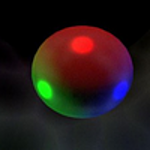 Hi, I received a Blender Rigify character to be imported into Unity. I found a pretty detailed Blender+Rigify page in the Unity docs and tried to follow it. It's quite complicated and a little messy. I tried a few variations with some partial success. I didn't see any specific equivalent training on CGCookie with a quick look. I guess this issue is faced quite often? Maybe someone (on either Blender or Unity side) has better/simpler methods? [Specifically concerned with rig, not so much animation]