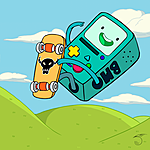 Why do I have such a poor workflow?

I got to the 10 min mark when i started noticing one N-gon after another all over my logo, I've been going for about 15 minutes removing the n-gons around the entire mesh and i'm almost done. But I'm unsure of how i managed to have such a poor workflow to allow that to happen, I know I added the quad junctions where I needed it as instructed. So if i followed closely and added the junctions, is there anything else that might of caused my oversight then sudden "oh i now have n-gon vision, AND THEY'RE EVERYWHERE"? I think it might boil down to the fact that i messed up early somewhere but i want to make sure that it isn't some past concept i've forgotten