Hi guys, I am Chetan Ranjan, a 3d artist from India and I am learning about making games. I joined CGC in july 2017 to learn blender. Before that, I used Maya as my main tool.

I am going to post game res model and my workflow WIPs here and then, post the completed project in the gallery.

This is my first attempt at making a game res character. This started as a speed sculpt where I only sculpted till the torso and then afterwards I took it further 2 month later(mid-October) and decided to create a game res model. Inspired from demons search on google and doom(ofcourse). 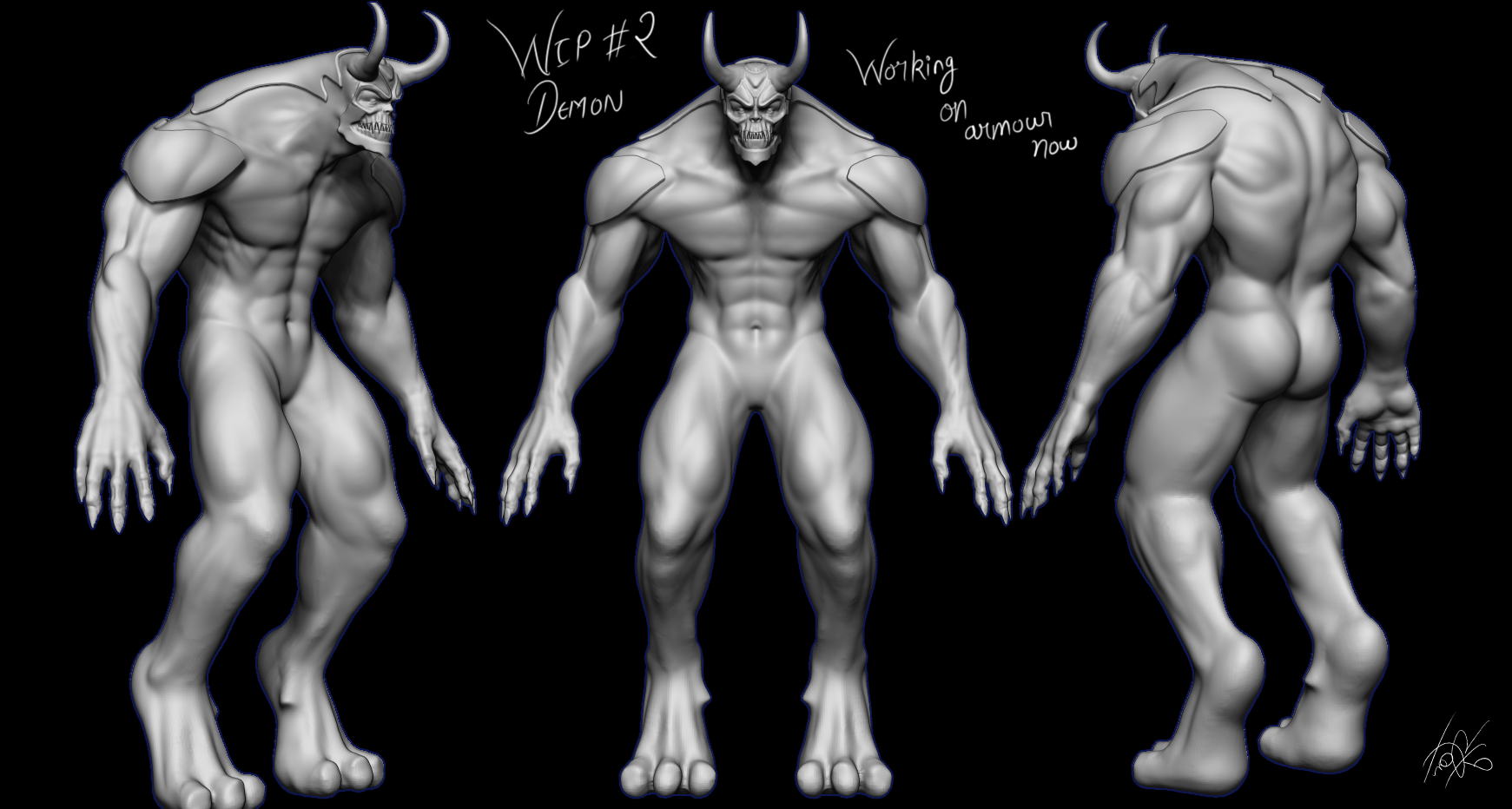 Then I started to throw a lot of stuff in their to see what works and also tried some over paint to get a general idea of what to do with him. During this time I used a ton of pictures to get some design ideas. Pictures of demons, knights,bio-mech, attack on titan, dragon ball, medieval armors and pokemon maybe. :) 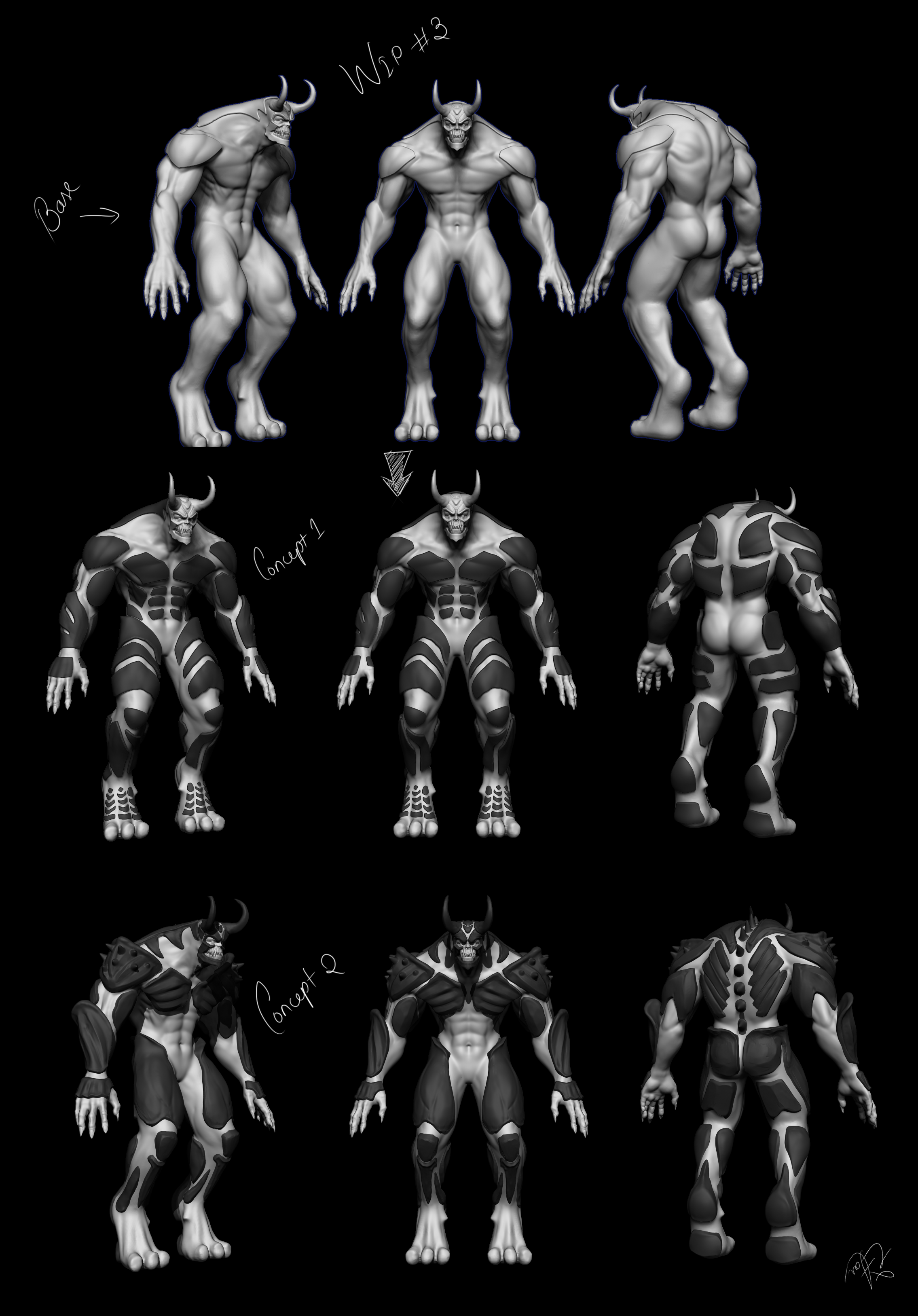 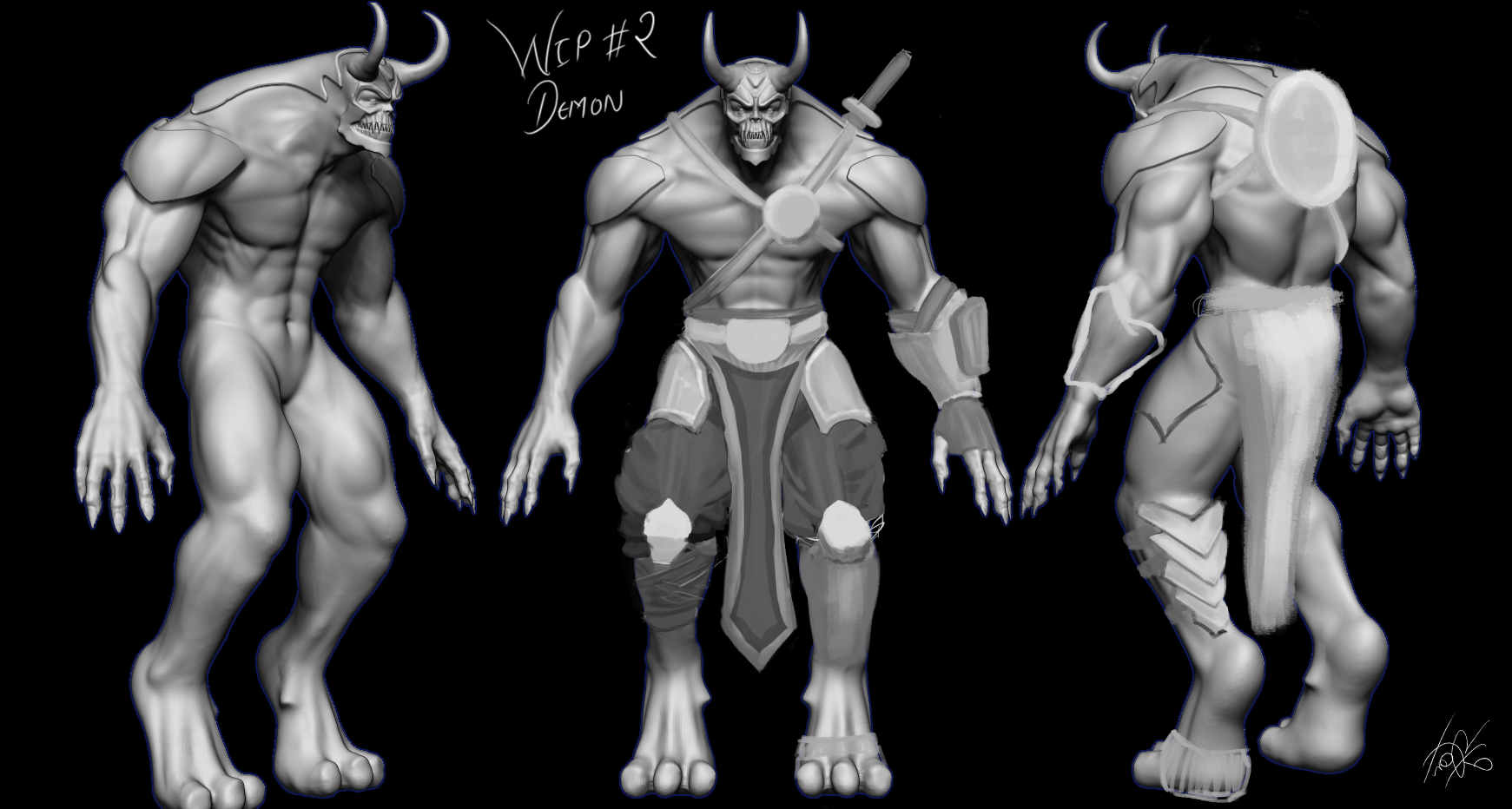 This is the finished hi-poly character. 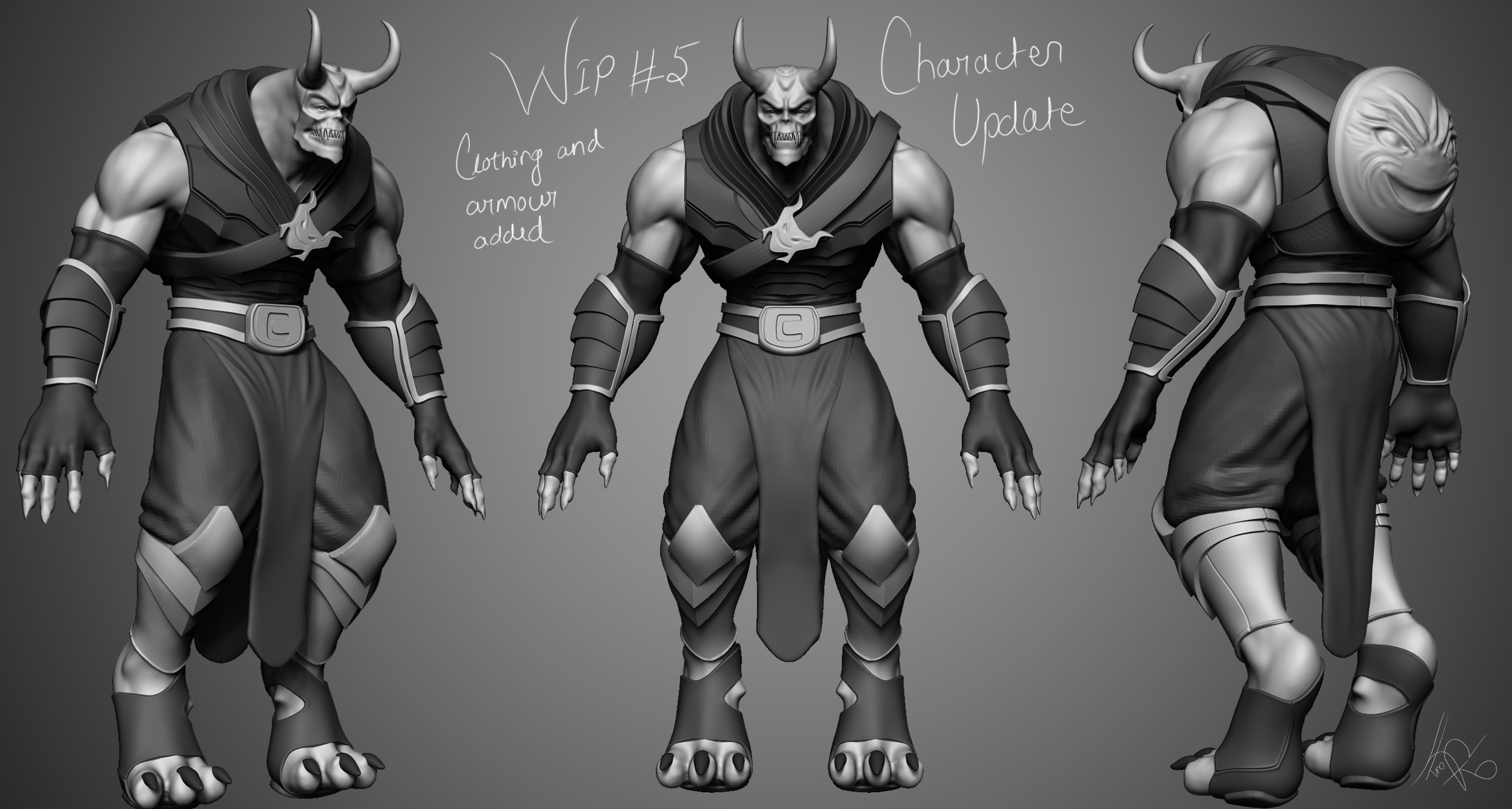 Then I started the RETOPO!! phase which took me around 6 days(4-5 hrs/day) to complete it. I love to do retopo. 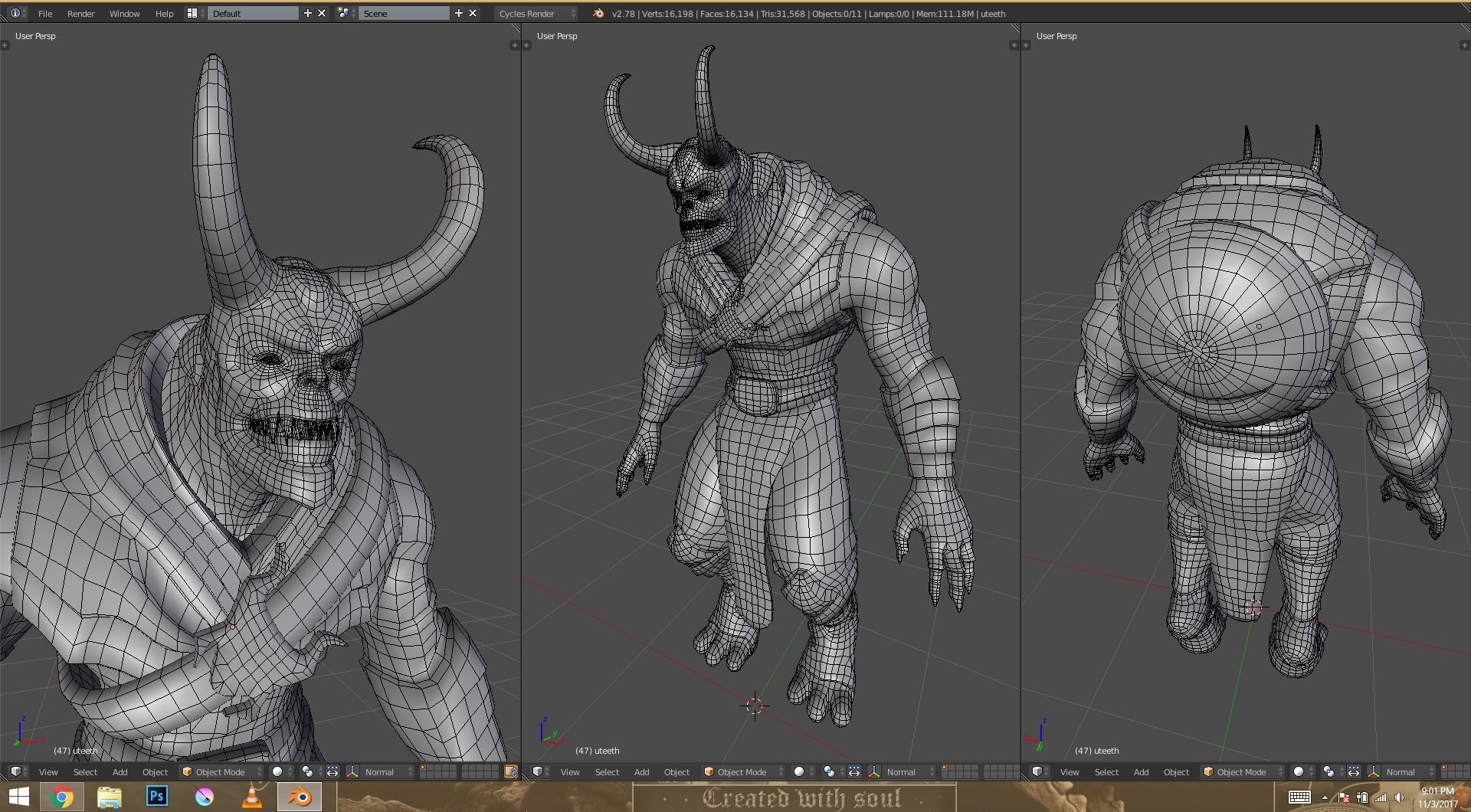 Now, I am currently optimizing the character to be below 30k tris and then I will start to work on UVs.