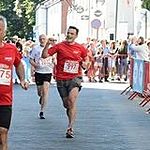 I'm feeling like creating a moonstation, so to create the scene I'm applying a noise texture to subdivided plane with a  distortion modifier to get a nice mountain like landscape and I'm trying to position the main elements already. 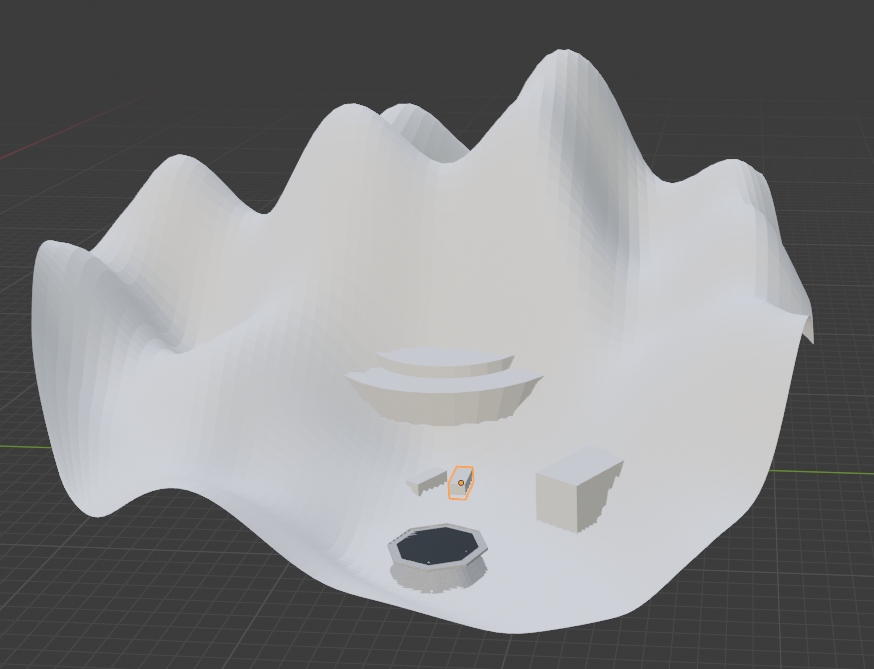 I decided to add a sputnic like sattelite to the scene that will orbit the moon: 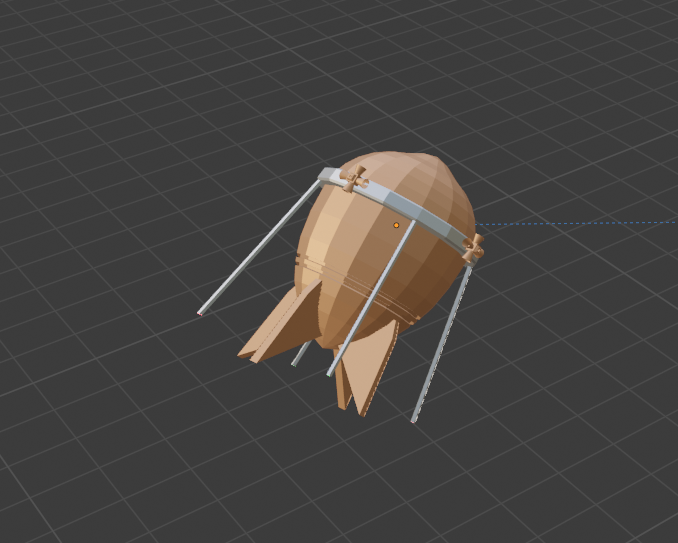 So in the meantime I've been adding low poly rocks to the moon surface as well as adding some geometry to the elements.  A new kind of rocket, but this result felt unbalanced in some way. 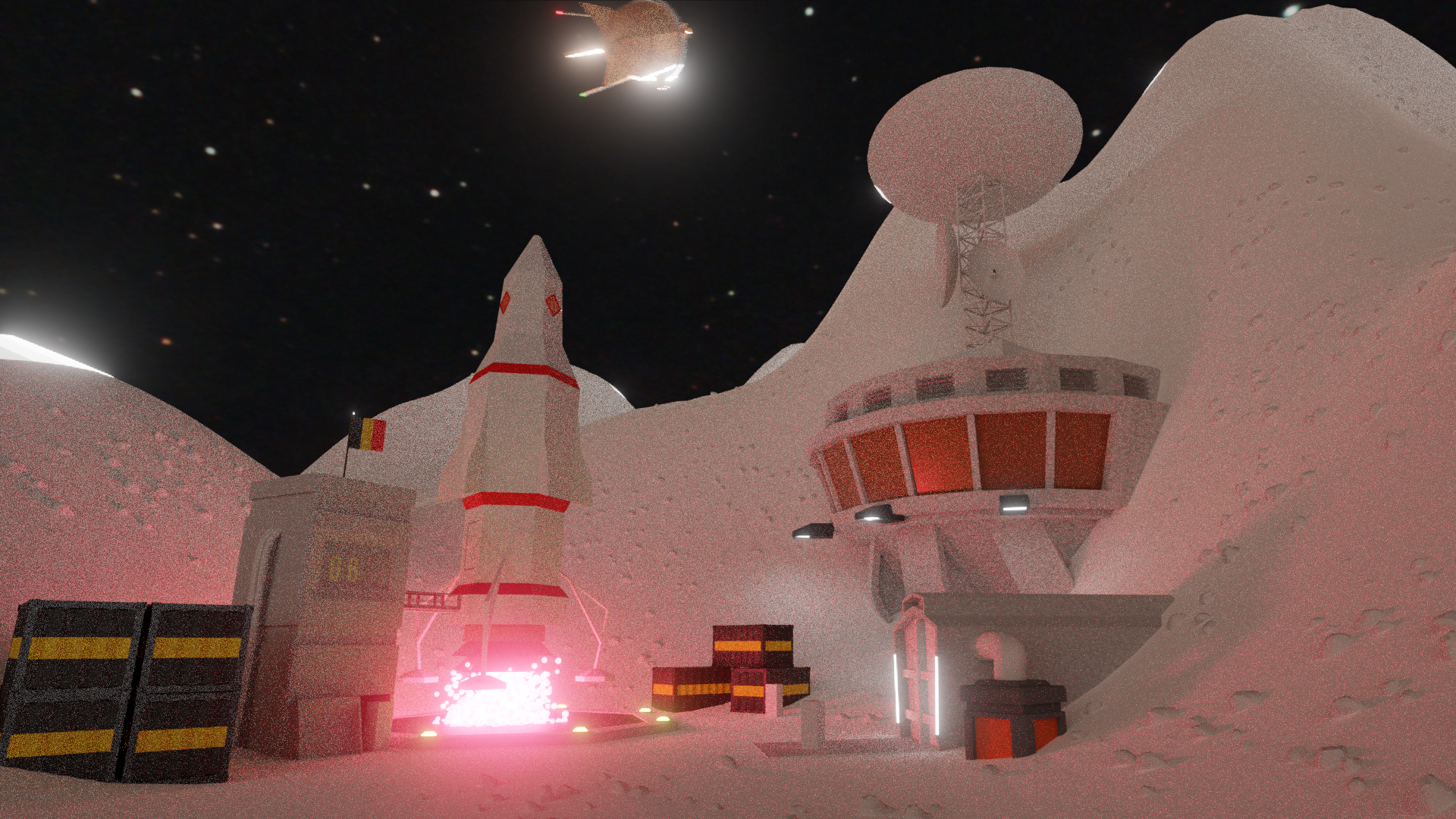 The main building with the doorway didn't sell it to me, so I removed it and changed the main building entrance.  I also made changes to the rocket for it not to look so weird.  (the particle system is temp).  Since the rocket would become higher I had to increase the rocket staircase in height. Also added some lights to the buildings. 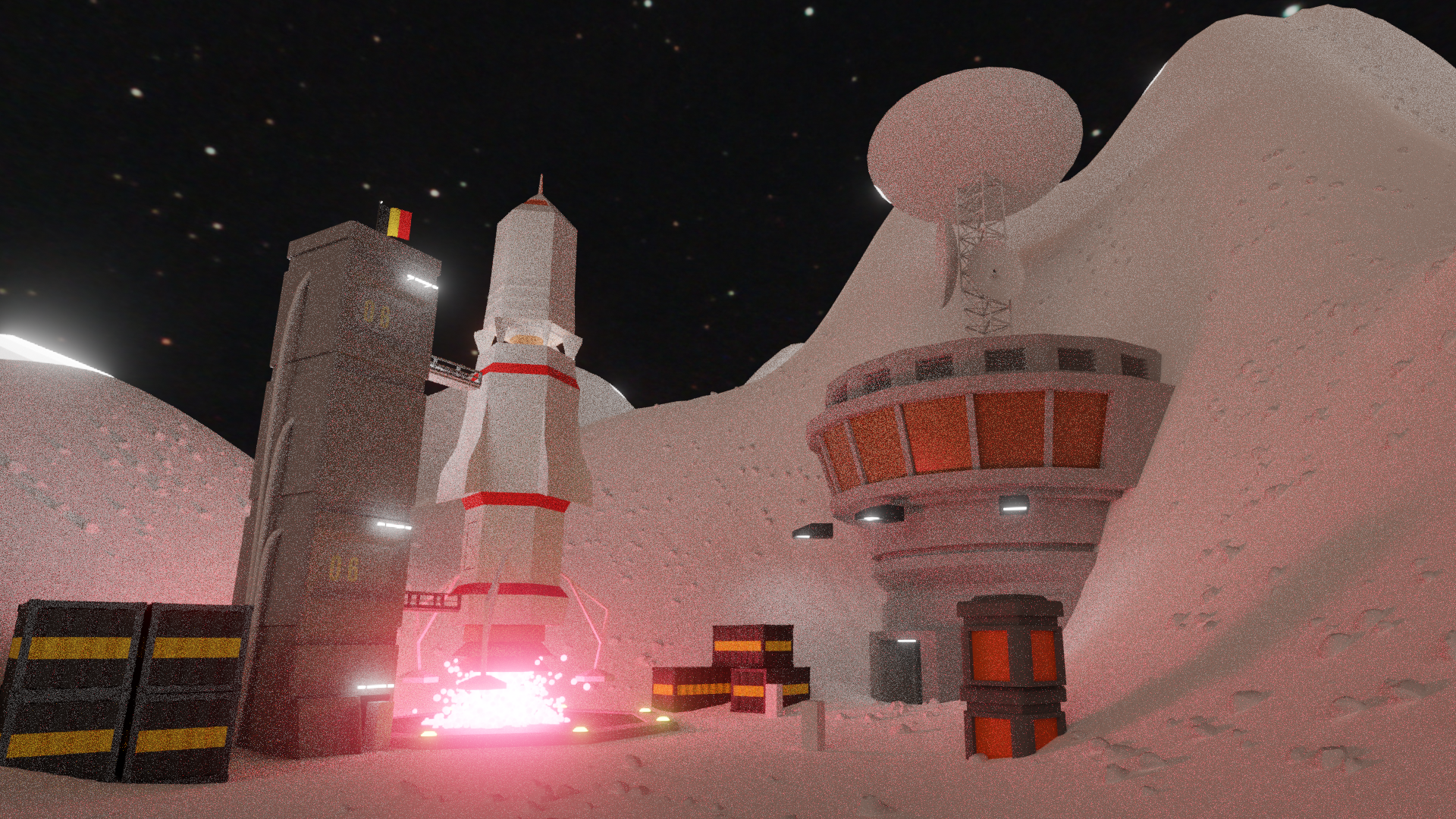 Still have to work on the antennas and add some decoration + recreate a right smoke particle and the animation of the rocket. The lights are still hanging in the sky.

Update:  I've decided to add some cables and to change the sun and the orientation fo the satellite dish on the roof.  In this render the lights are still floating (spooky :) ) 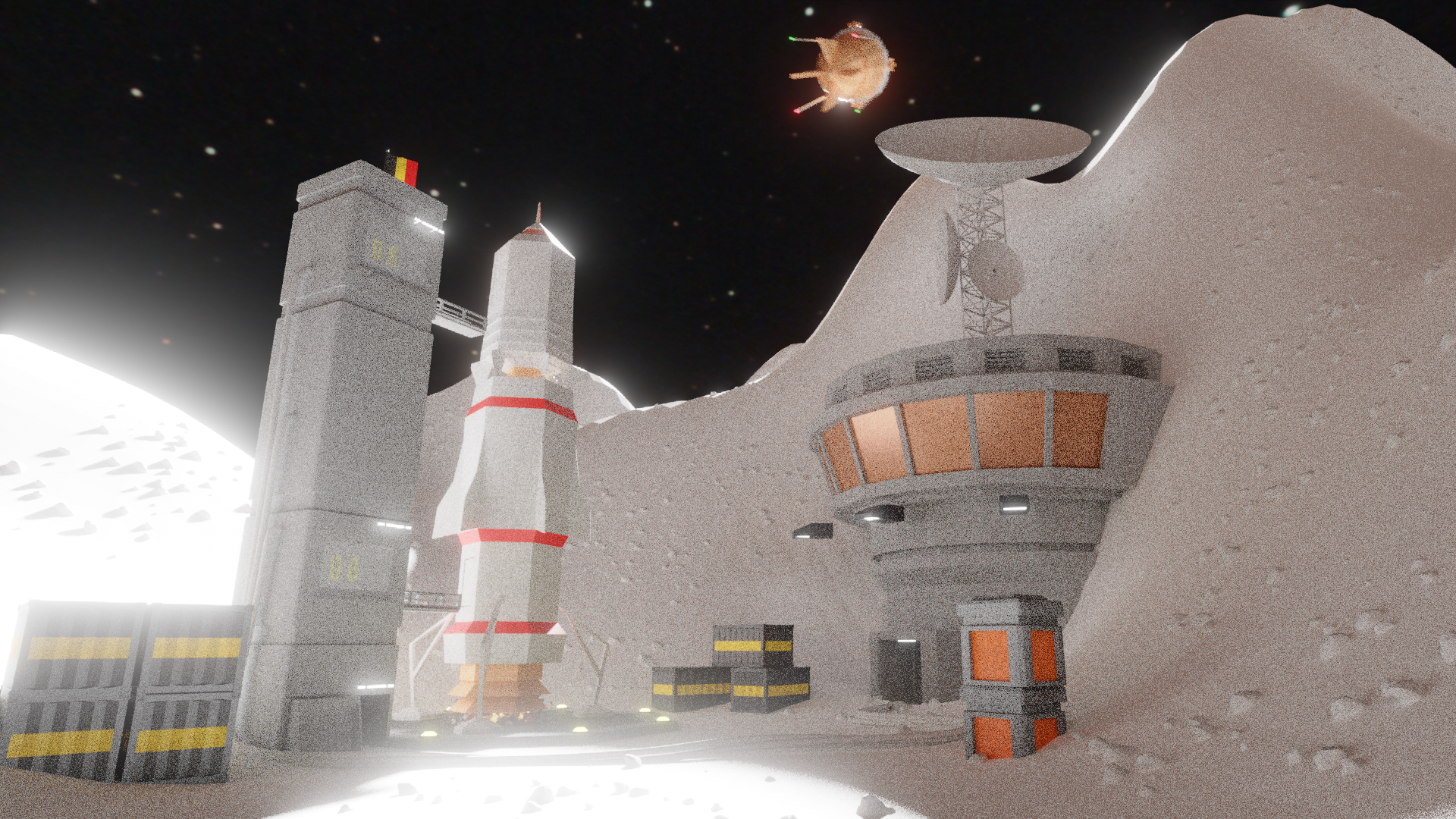 My laptop has in the meantime been rendering the little animation during the whole day... Sampling was put to 150 because otherwise the noise was too present.  Now it gives a grainy effect I kinda like.  The denoiser makes it hard to see the details.  Before rendering the video , I still added extra details to the rocket itself.

I have again issues with the animation of the thruster.  It is "jumping" sometimes.  I really don't know why.

I'm hesitating to add a little astronaut as well, not sure I can make one that doesn't look off... I'll try.