back Jump to Answers
b
bkol

I'm doing something wrong here, and I'm not sure what. I'm in Blender 2.9, and I'm using a different feather texture than the one in the video. I've checked "from intancer" (thank you Duerer!) on the texture coordinate, and plugged my body color texture into the color slot of Principle BSDF. But what happens is that instead of the instance feathers taking on the colors of the mesh underneath, all the feather instances take on the color of the feather object's location in the UV map. I'm attaching a pic of my node set up. Any thoughts? 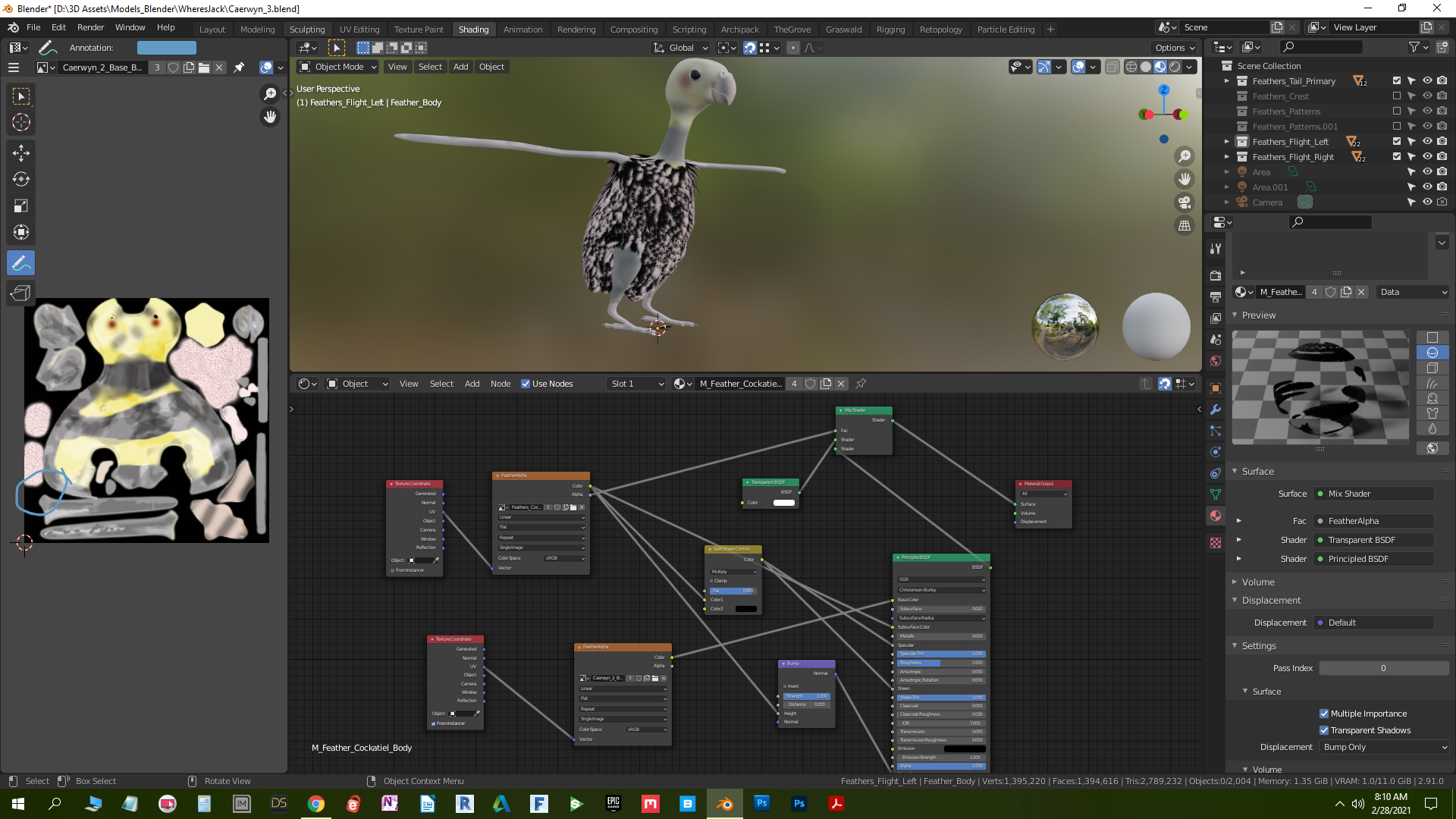