back Jump to Answers
c
curtisdd1

Hi, I have two chests - one worn and one clean and both chests are located at world center.   I want to link the old chest data to the new one so i don't have to redo all the wear/damage on the new one .   I put each one in its own collection so i can turn off each chest from view as they are in the same location & its hard to see each well. to make adjustments.   Even if i apply transformations & then set origins to geometry say for example the top center bracket I get strange things like them flipped on their side.  The size & shape is different but thats expected as i had messed up my original worn chest lid by squashing it on the z axis.  See pic .  Is this expected behavior and might I have to resize /rotate some things after linking some objects?  Thanks 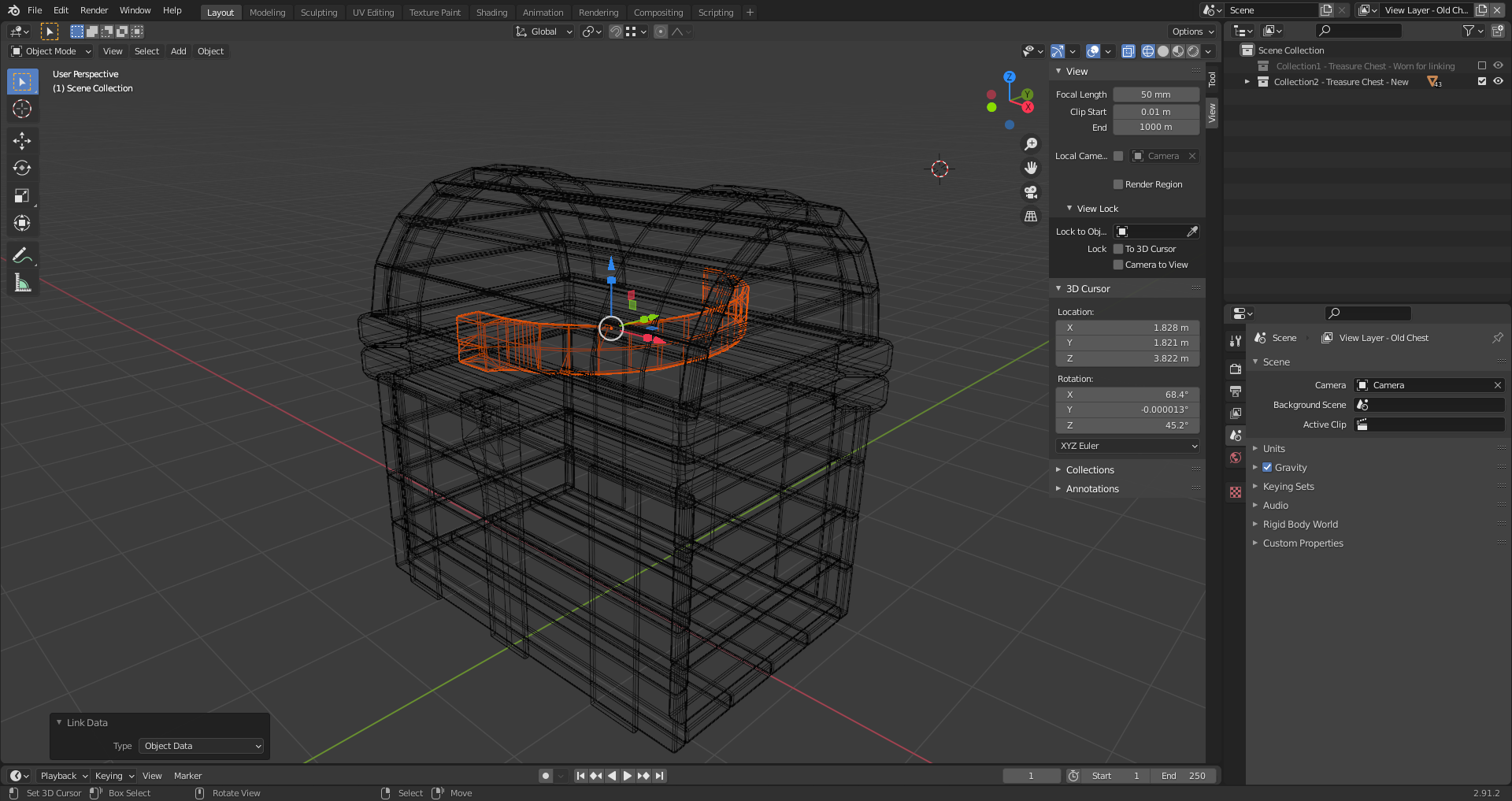