back Jump to Answers
e
eproskow

So I've had to restart the project, this is at least the third time now due to a whole bunch of slight errors that more or less snowballed. Anyways I'm now stuck on the first animation because when transitioning between the Rifle Start and Rifle Idle the rig just gives up and goes into T-Pose. Any reason this happens? It's done this multiple times before and I just backtrack a whole bunch until it doesn't break on me but I'm more or less tired of shooting in the dark. Any explanation would be greatly appreciated. Furthermore in the dope sheet the only keyframes are affecting the right hand and the left has already been childed to it.

Edit - So I Remade the idle animation and that seems to have fixed the original issue. Anything that might be causing this to happen from time to time?

Edit 2 - It turns out that the IK under the properties section was 0 instead of 1 which caused the animation to jumble up. I understand that later in the tutorial series you create an IK channel specifically for this on frame one, but why is it having this much of an adverse affect in the first two animations and the transitions between?

Edit 3 (FINAL) - So apparantly I had a keyframe on the rifle draw animation that set the IK to 1 and as soon as the next animation got called the IK was set back to 0 thus causing the issue. My apologies for the long winded post, great series and may this hopefully help someone in the future. 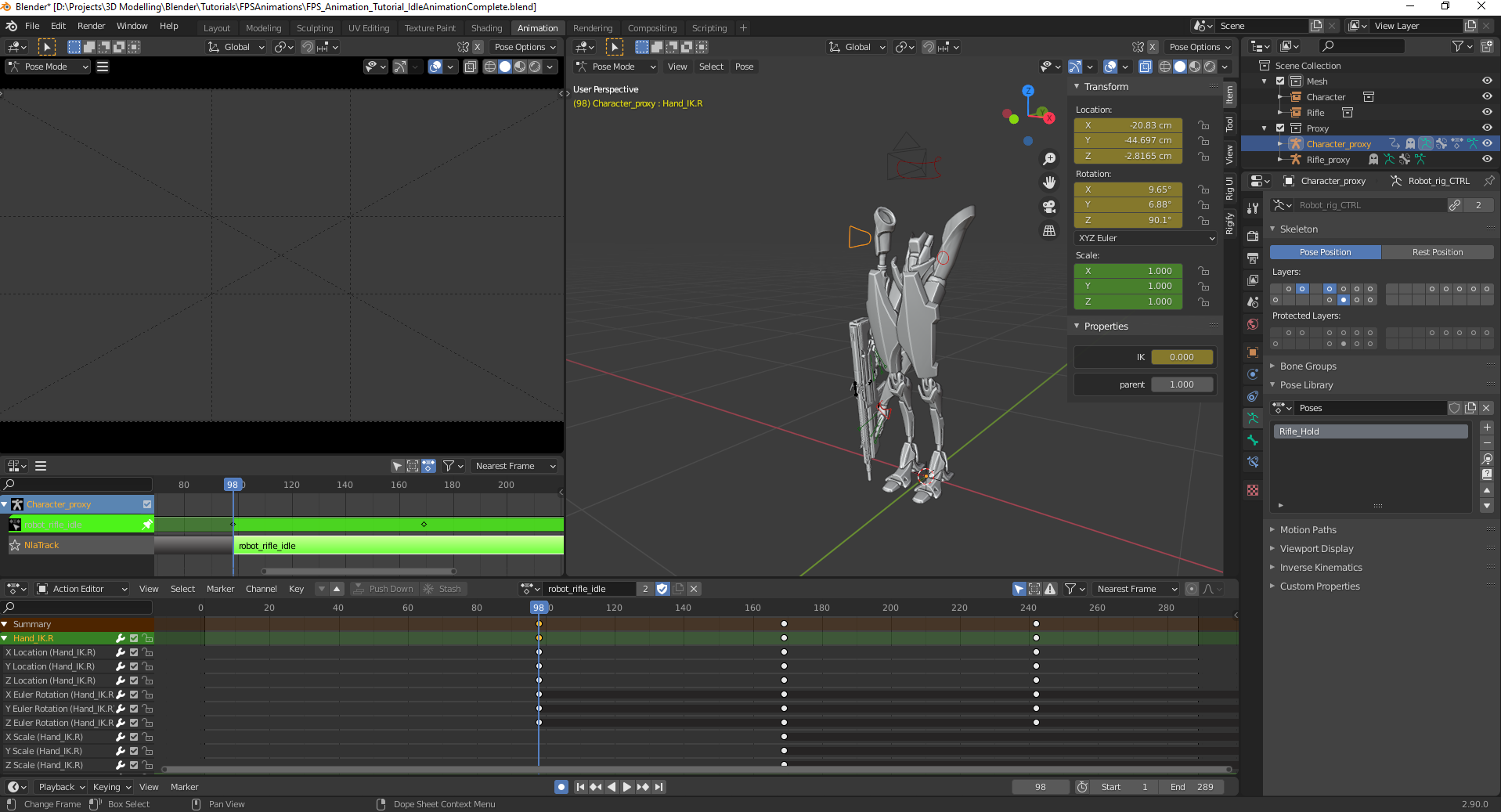