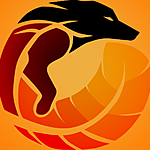 the problem we ran in the most was that after the FBX export the animations in unity behaved weird.

we tried to set all bones to "scale: inherit: none"

but most of the time the problem still occured

We heard it should have been fixed in a version? but even in the newest blender version we have the same mistakes. The bones inherit scale from parent bones and then it destroys the animations.

our workaround now is to make an rig with the same bones where all bones are parented to a root bone and a script running that copies the aniamtions from the aniamtion rig to the export rig.

And then we dont have scale errors.

However I think this is very very unhandy- so does anyone know a better solution for this?