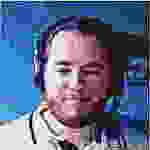 Wouldn't a holdout plane normally be used to put a transparent hole into the door to overlay it on a separate render, instead of cutting off everything around it? Because of the holdout wall, the shadows cast on the floor cut off in a straight line too. It's not that noticeable here because of the field's border but it would be in other footage.