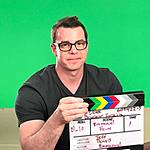 Any sculpting courses with Blender V2.81+?

I'm taking a lot of courses and doing tutorials related to Blender (and also done quite a bit of Zbrush in the past) but now moving completely to Blender. Are there any recent tutorials or courses for sculpting with the latest version of Blender on CGCookie? Plans to update or create new ones?