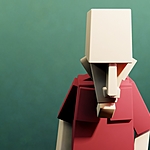 Im working on the compositing exercise Coffee Scene. Thanks for a really good course!

I found an old photo I took of smoke against a black backdrop (playing around back in 2007). Thought it would be fun reusing it. It wasn´t as dense and concentrated as the applied exercise images though. To obscure the smoke in front of the cup I started playing with a box Mask, placing it like this:

I got confused while trying to transform the Box Mask: it was as if the outline representation of the mask had an offset, the effect of blocking the smoke texture was not lying directly within the outline.

What could be re reason for this? I could have expected it if the Box mask had been placed behind a transform, then perhaps somehow getting double transformations, but now the translation and scale changes came first hand from within the Box Mask node itself.

I managed to get the mask in place (after some confused "offset editing"), but it wasn´t as pretty solved as I would like.. :)

Second: is there a way of directly moving/dragging the Box Mask in place over the backdrop, instead of typing in numbers until it gets right?

Thanks in advance for any directions!