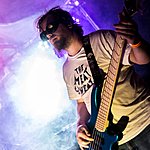 Hey everyone!  I've signed up to CGCookie roughly the same time I started Blender, which was about ten days ago (we'll say May 8th, 2019 for the sake of documentation).  Seems like a magical time where everyone is using Blender 2.8 Beta and are biting their nails to stubs waiting for 2.8 Stable.

I've been drawing since I was three, always wanting to get into animation since I was twelve and animating stick figures on post-it notepads shooting each other in the face with cannons.  I admit, I was a bit of a demented kid.  Anyways I've recently been diagnosed with schizophrenia which is kind of a game-changer and I can't work for the time being.  So instead of wasting my time watching TV and sleeping I'm taking this opportunity to learn skills on CGCookie and other tutorials floating around.  My goal is to be employable in the 3D field within the next two to five years so expect to see me from time to time for the next little while.

From what I've read up on in the forum, from testimonials, and from other articles on this site it's best not to dip a toe in but to dive in head first so that's what I'm going to do.  Oh, and I'm no stranger to critiquing so don't be afraid to hurt my delicate feelings if it leads to a better end result.  On with the show!