Preparing for Rendering and Loose Ends 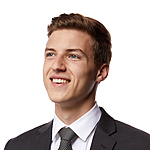 Nothing is worse than an unfinished project! Even though we are now 99.9% finished, there is still some work left to do.

In this lesson, we'll tie up those loose ends, prepare our scene for rendering, and start our render in Blender.

Before we hit that "Render" button, let's take a few minutes to make sure everything is perfect.

Build up your Blender skills the right way

This course is simple, but don't be fooled: the skills that you'll learn will be your stepping stone to complex workflows. That's because this course covers tips from every single part of Blender. But don't worry, you'll be able to follow along even if you are new to 3D.

If you're new to Blender and want to learn a fun workflow with fast results and something to show off with at the end, this course is for you.

Build and Animate a Low Poly Rocket in Blender 2.8 for Beginners: Video Trailer