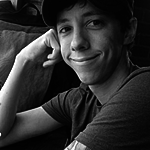 Hello and welcome to this CG Cookie tutorial series on hard-surface modeling in Blender. Through this series I’ll be giving you a complete introduction to modeling hard-surface objects with subdivision surfaces, allowing you to create anything from vehicles, to weapons, to environment props. In this series I’ve chosen a small, stylized airplane as the subject matter, as it provides a great example of hard-surfaces that is fairly simple but also easy to learn. The plane design is based on artwork and modeling sheets created by fellow CG Cookie crew member, Tim Von Rueden. I’ll be walking you through the complete modeling process of creating this plane, demonstrating a variety of techniques and tools along the way. Among other things, I’ll be showing you box and edge modeling techniques, I’ll show you how to use various modifiers for non-destructive modeling, and I’ll take you through multiple techniques for creating sharp edges with optimal geometry. This series is presented in real-time, giving you a complete picture of of my modeling process.

During this series I make frequent use of a custom add-on I developed that helps to speed up the workflow for common tasks. You can download the add-on, along with the custom them I use for Blender’s interface below: Jay Tools (now known as Quick Tools)CG Cookie Blender UI Theme CC Music: "H20 Instrumental" by Airtone