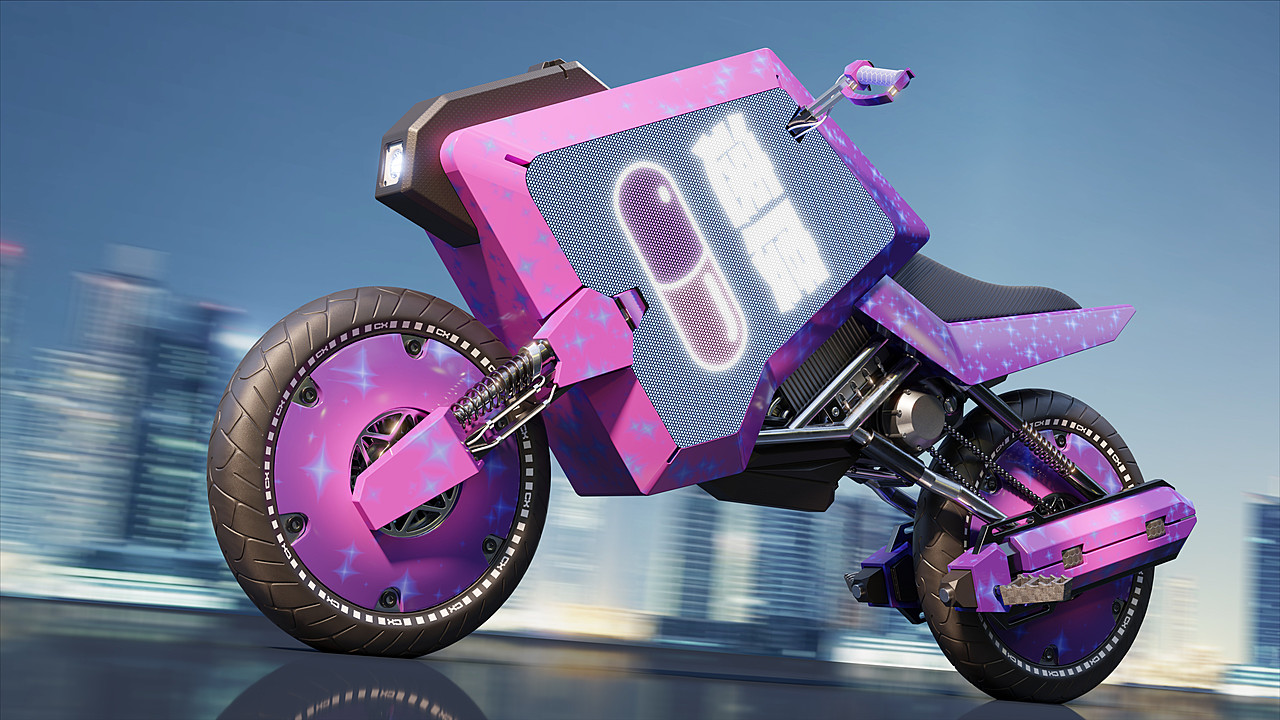 I maybe spent more time on this than was reasonable, but I was enjoying it and learned a good bit in the process. I originally planned to try and texture the whole bike using just one material for an added challenge, but I found out that there is a limit on the number of nodes Eevee can use (which I reached), and that it is way more efficient to just use separate materials (which is part of the reason it took me some time, but now I know for the future). Also, I found out that the Cycles denoiser not only removes noise from your renders, but also fine details potentially. In order to get the fine bump texture on the tires to come out I had to render at a really high resolution and then scale the image down afterwards. Anyways, I hope you like my submission, I feel happy about how it turned out.