Getting back to it... 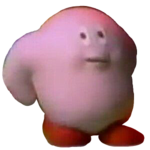 Checking back to see the last time I uploaded an exercise and...wow June 2020 was the date. Yea so I kind of dropped off this tutorial series back then because of a combination of getting stuck on this exercise, other personal projects needing attention, and general life stuff.

I've been working on some game projects since then and I'm realizing how important it is for me to learn character animation... It is just hard to prototype a game and know if you are on to something when you don't have quite the right animations for what you need.

Because of that I'm motivated again to really dig deep into Blender animation and want to push through and finish this tutorial series and the body mechanics series.

But anyway enough of my life story...here is some self-critique:

- I think if I was to do this again I would have the ball either pause a bit before jumping up onto the platform or having the ball look up before jumping. Right now I think there isn't enough breathing space between the first and second jumps.

- The stretch on the first big jump @ f40 feels a bit sticky to me. Not sure if making the ball snap back into its default shape faster would fix this issue. I will have to try that later.

- For the three jumps from around f70 - f110 I was trying to make the ball look like it was skipping happily across the platform. Because of that I think the last jump looks a bit floaty but if that happy emotion came through I guess it doesn't matter?

- I have a sort of settle animation from f172 - f179 from the character coming back from looking over the edge. Not sure if this is entirely necessary. Looking at it now it looks a bit awkward.

Open to any other comments and critiques.