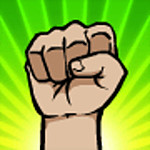 For now just going forward with things and in the end I will just try again all the things and work with feedback. It helped a lot especially in complex drop to see some important things like angles of bounce. I still struggle with small bounces even though I can see that something is not exactly right.

About this one - I wasn't sure about the first bottom jump, it was hard for me to even visualize how to use S&S there to feel right, so I think it's so, so but I'm alright with that. Another thing was slowing down after that big leap, I didn't feel it exactly but tried to loop okish as much as I could in quick time.

Overall I'm happy with the work , but for sure in near future I'll see a lot of room for improvements.

Thanks in advance for the feedback Wayne, this course is really eye opening and the pace is as close as it can be to perfect, so thank you as well for that!