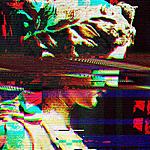 Another attempt at animation, hopefully a good one ;)