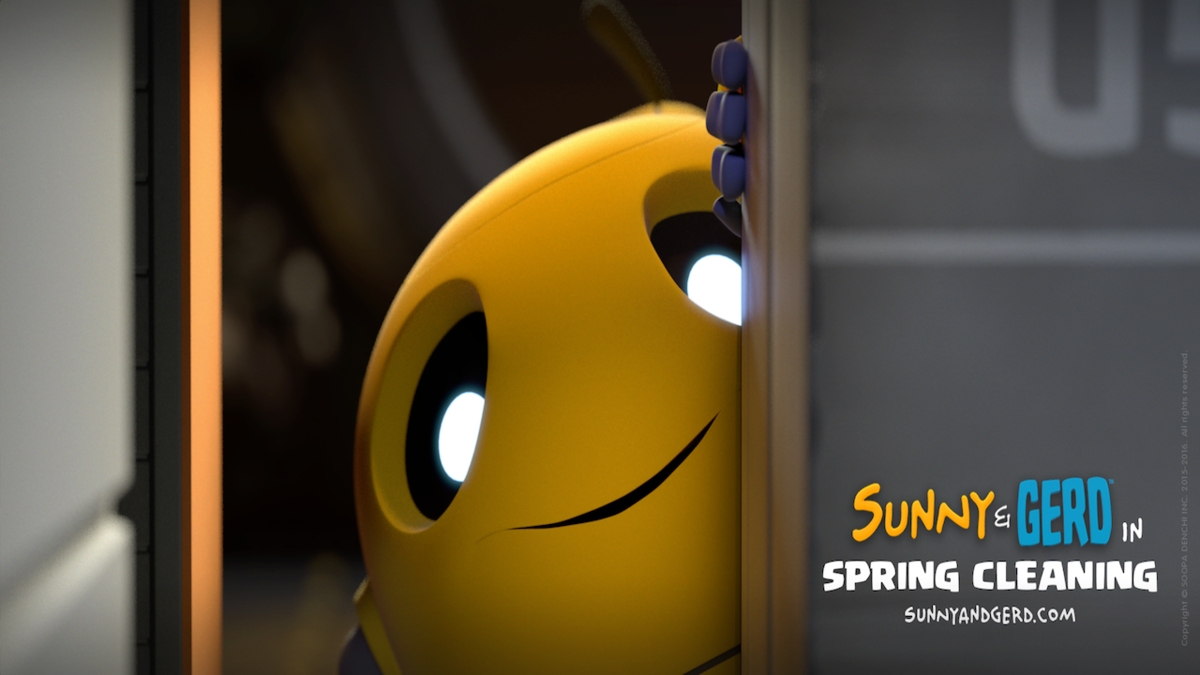 Ever wondered what it takes to create an animated short? For DaCosta Bayley, a writer/director/co-producer behind the short “Spring Cleaning”, it was a year long journey with Blender…and a little help from his friends.

Working with freelancers sprinkled through North America, DaCosta set out to create a Blender-made short with the help of Nimble Collective. Haven’t heard of Nimble yet? Soon, you’re bound to. It’s a virtual platform that empowers animators to do their thing: create original work and get it out there, while overcoming the hurdles that come with a project involving remote collaboration, various software packages, and all the ins and outs of operating like a studio (without actually being one).

The animated short “Spring Cleaning” featuring two lovable robots Sunny and Gerd is one of the first official projects to be powered by Nimble, and DaCosta cannot praise the collaboration enough: “Nimble didn’t micro-manage the production, but they were there whenever we needed advice, feedback, or sorting out things like rendering issues,” he says. Nimble’s only condition: the short needs to be done in Blender.

DaCosta’s first move was to assemble the team behind “Spring Cleaning”. Being new to Blender, he headed over to BlenderNation to search for artists in his area, Vancouver. “Only one guy popped up,” remembers DaCosta, “and he just happened to be a heavy hitter.”

The wizard in question is Mike Pan, a seasoned Blender artist who has worked in various positions in the creative industry over the past decade. In “Spring Cleaning”, his role was much more involved than that of an animator. In addition to creating all the VFX, he oversaw the whole pipeline and became DaCosta’s closest collaborator. “There were a handful of shots that were nagging both Mike and myself but mostly me that I wanted to render again to get them perfect.

It was me being hyper particular,” laughs DaCosta. “I owe Mike a lot”.

Since Spring Cleaning was DaCosta's debut film, the support offered by Nimble was one of the essential elements of the project's success.

"Our goal was to support DaCosta by giving him and his team access to our virtual studio platform, plus the pooled know-how of our team, while still letting him run the show," says Nimble Collective's CEO and renowned animator Rex Grignon (Toy Story, Shrek, Madagascar movies). "The biggest challenge with Spring Cleaning was making sure we focused on quality and stayed true to DaCosta’s vision. All in all, working with DaCosta was a great experience for the team working on the short and for Nimble Collective as a company.

Sunny and Gerd is one of five shorts that are part of the Nimble Collective Pilot Program," says Rex.

A Remote Team Working Together

Once Mike was in place, DaCosta put out a call to reach other creatives and eventually assembled an international team of nearly 20 members ranging from animators, mechanics, editors, modelers (some of them with flashy DreamWorks experience) and riggers to sound engineers.

Spread across a few time zones, the crew relied on a range of tools: Slack was initially used to communicate, though the lack of screen sharing made the team switch to Google Hangouts to share progress and discuss ideas. They also used RGB notes and Sync Sketch, an indispensable tool for Mike.

The Main Tool of Choice: Blender

The main tool in the crew’s utility belt, however, was Blender: the production started with Blender 2.76 and upgraded to new versions as they were released. With DaCosta and Mike both based in Vancouver, a production-heavy town, Blender was not an obvious choice: “A lot of studios here in town use Maya, and Blender is not the most popular 3D software in North America…yet,” says Mike. “But by making Spring Cleaning, we wanted to show that it can hold its own amongst commercial software packages.”

DaCosta agrees, citing the motivation to prove that Blender is a force to be reckoned with. “Blender is a barrier-free software, which means that a lot of total beginners use it to learn – as they should. The downside is that people see a lot of newbie work done in Blender and think that somehow, Blender cannot be used by professional-grade work. And that is simply not the case.”

To DaCosta, Blender marries the desire for high value production with the limited resources that most new storytellers struggle with. His hope is that “Spring Cleaning” shows artists that turning their big ideas into reality can be done without a big studio budget.

What about technical issues in production? “Sure, we had those,” laughs Mike. Because of the story of “Spring Cleaning”, Mike had to deal with assets undergoing major changes and struggled with not being able to override certain materials. Towards the end, the movie gets dark with multiple strong lights: “Getting the rendering noise and fireflies under control was also a serious challenge,” Mike remembers.

But the biggest headache was motion blur: “You do all your tests without it and finally you hit motion blur and send it to the render farm,” Mike says. “Next, we find out that frames are taking upwards of 12 hours on a 30-something core farm. We had to try and play with it to get the time under control.”

Don't Be a Bedroom DJ

For those out there thinking about creating their own short, DaCosta has nothing but encouragement: “Don’t be a bedroom DJ,” he says. “Get your work out there, share your stuff with the public. Nothing is ever that complicated, it’s just a lot of hard work,” he says. “You need to figure out what your story is and have the passion and commitment. I also firmly believe that everybody has a story to tell; you need to find your tool for storytelling, whether it’s watercolor…or Blender.” 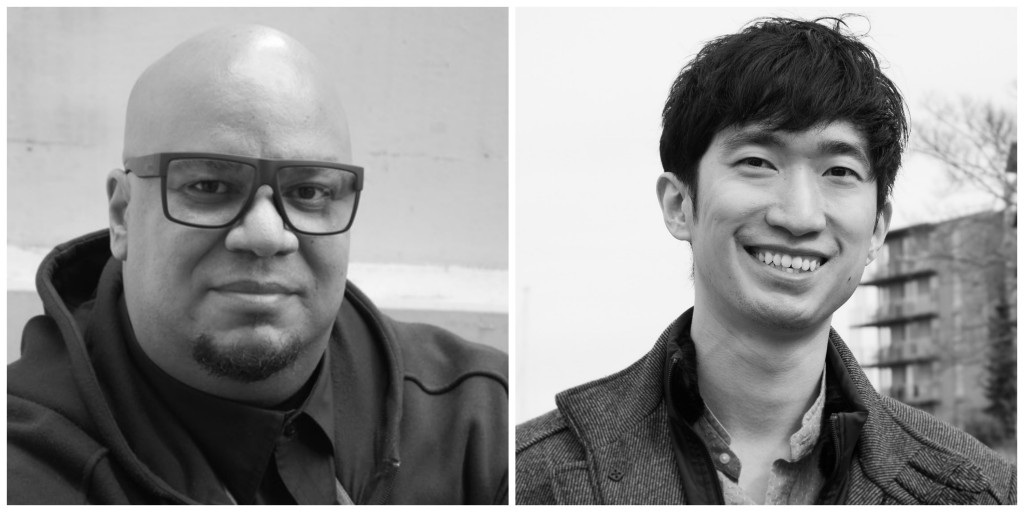