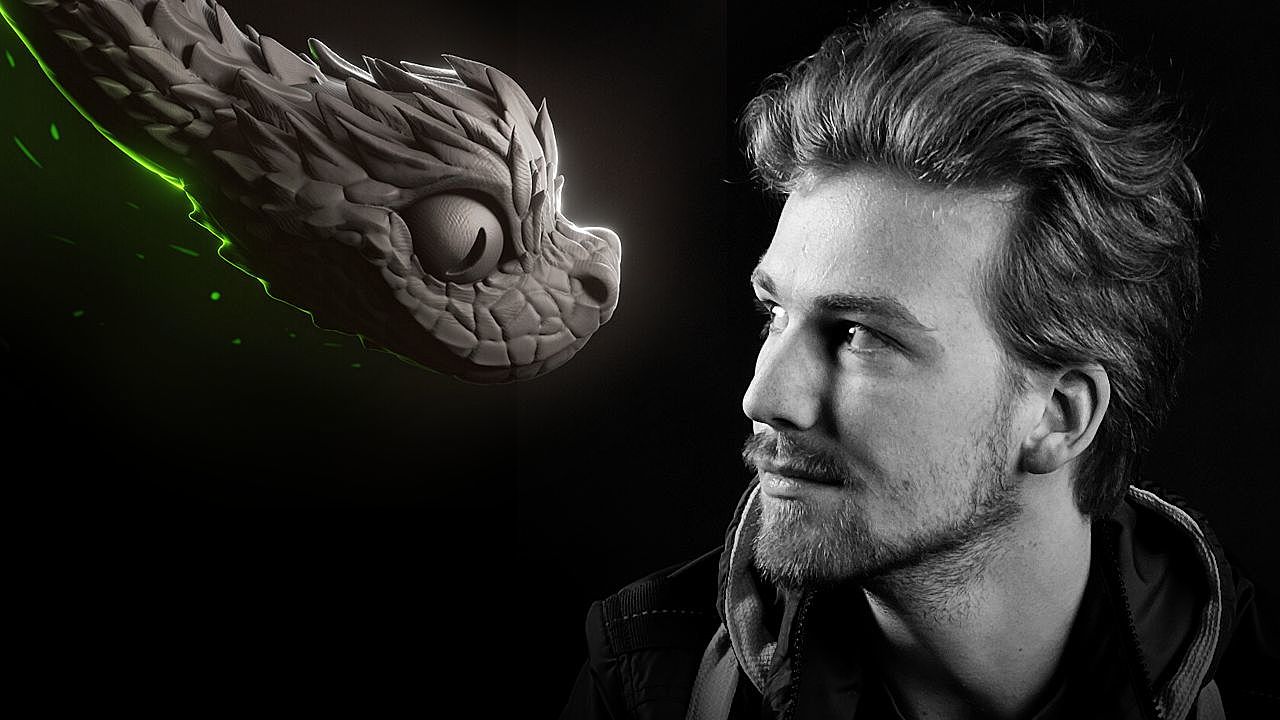 Julien Kaspar is a 3D artist at the Blender Animation studio, most notably being the only modeler credited on the most recent Spring short film. With his hugely popular Artstation profile and his recognizable sculpting style, he has become a Blender celebrity - and he sees a bright future for the world's greatest open-source 3D software.

Julien, how would you describe your artistic style? How has it evolved over the years?

I wish I had no identifiable style but I am definitely leaning towards the stylized & cute. When I was starting out with 3D art I was trying out different styles and was experimenting more.

Finding and sticking with a style can be very gratifying since you can hone your skills in a specific field - but your style can eventually become stale.

I recommend not setting your style in stone and experimenting a bit.

Looking at my portfolio I do realize I had done almost no realistic work or detailed creatures. The Open Movie “Spring” was luckily leaning more in that direction, which was very refreshing.

I don’t want to do the same things over and over again, so I’ll try to seek out some projects that force me to do different things. 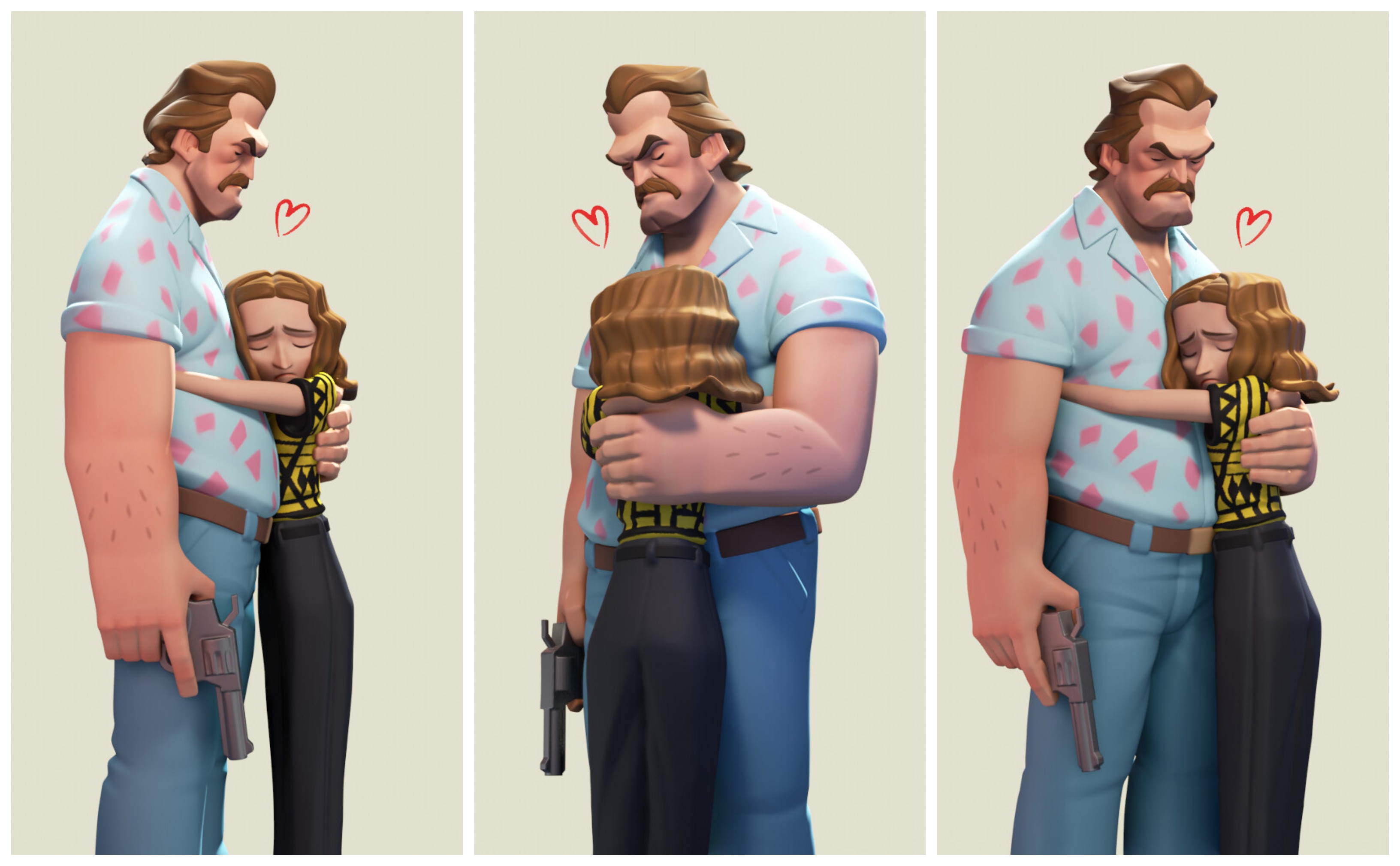 Why is Blender your tool of choice?

I think there are multiple reasons and they also changed and expanded over the years for me. The biggest one from the start was that it’s free. Then I got more into it and I realized what an all-in-one package it is. Its open-source nature and the active community was also something very encouraging from the start and still is a major factor.

Another great - but also frustrating part - is that Blender is not afraid of reinventing itself.

Things change and the versions 2.5 and more recently 2.8 show how willing the developers are to evolve the software to the point that it’s unrecognizable. The software, the team behind it and the community surrounding it are growing and I’m glad to be a part of it. 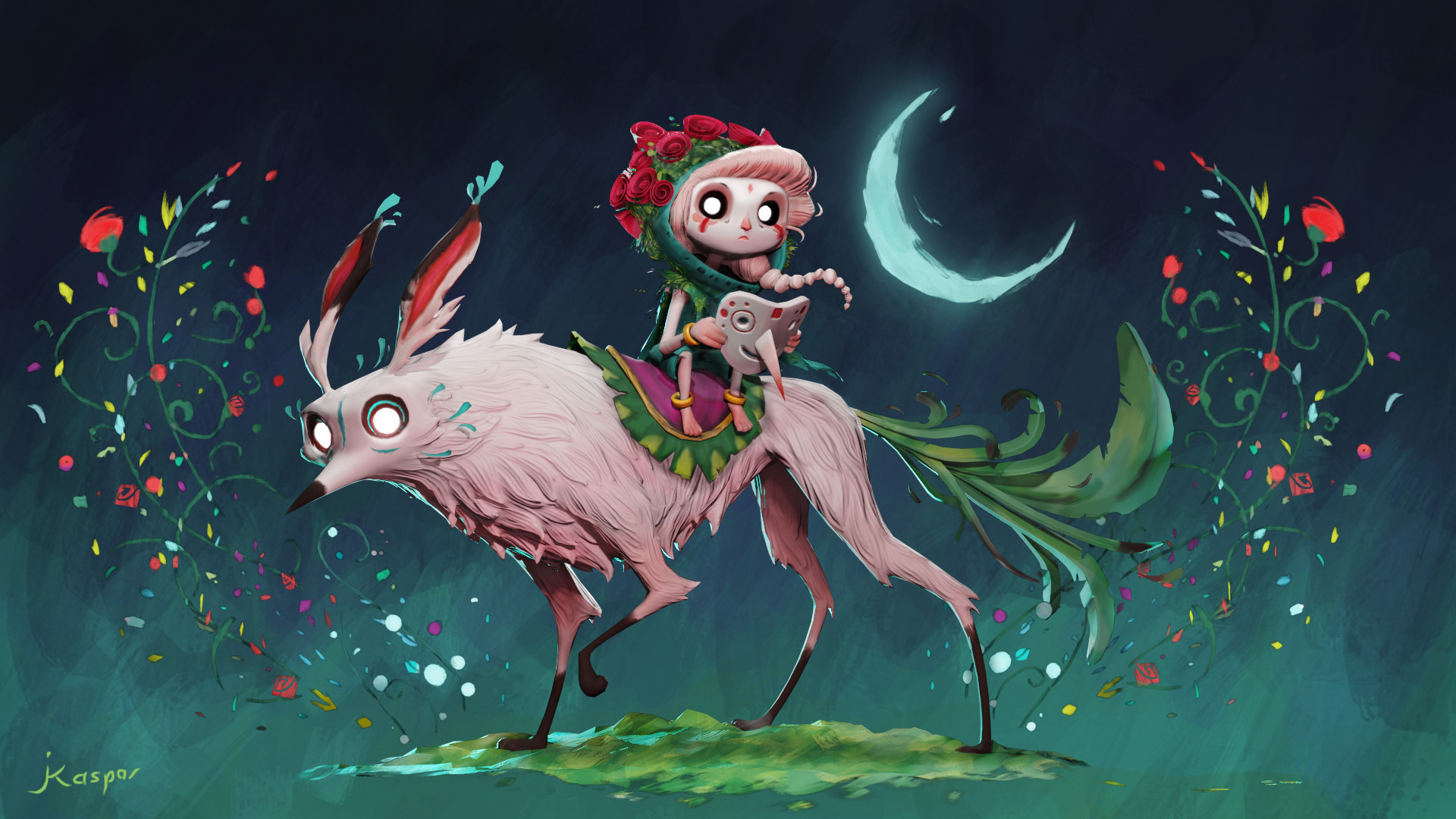 Where do you see Blender headed in the future?

The Blender Development Fund has exceeded everyone's expectations and there is more support and resources than ever before. There are many plans to put these to good use with the upcoming in-built asset manager, more sculpting workflow improvements, a big texture painting overhaul and much more.

With some time I can see Blender not just become an absolute beast of software but also a formidable influence in the industry. Right now, we are seeing the seeds being sown for dramatic improvements and collaborations in the coming years.

You are the only modeler credited on the Spring movie. How...can that be? How did you create so many highly detailed assets by yourself??

Essentially what I contributed to the movie was the asset library for the environment and I did the modeling and most of the texturing/shading of the characters.

There was also some FX work late in the production to make the plants grow and I helped out in the design on the creatures and props. Added to that is some set dressing throughout the movie.

Actually…this does sound like a lot but it’s important to keep in mind that the team was very small and everyone was helping out everywhere.

Andy Goralczyk didn’t just direct the movie but also the art and many other things. His influence was over everything and most of what I did wouldn’t have turned out nearly as good without him. Most of the sets were also designed (and some completely made) by him and based on the concepts of David Revoy, even if they were populated with the same asset library. 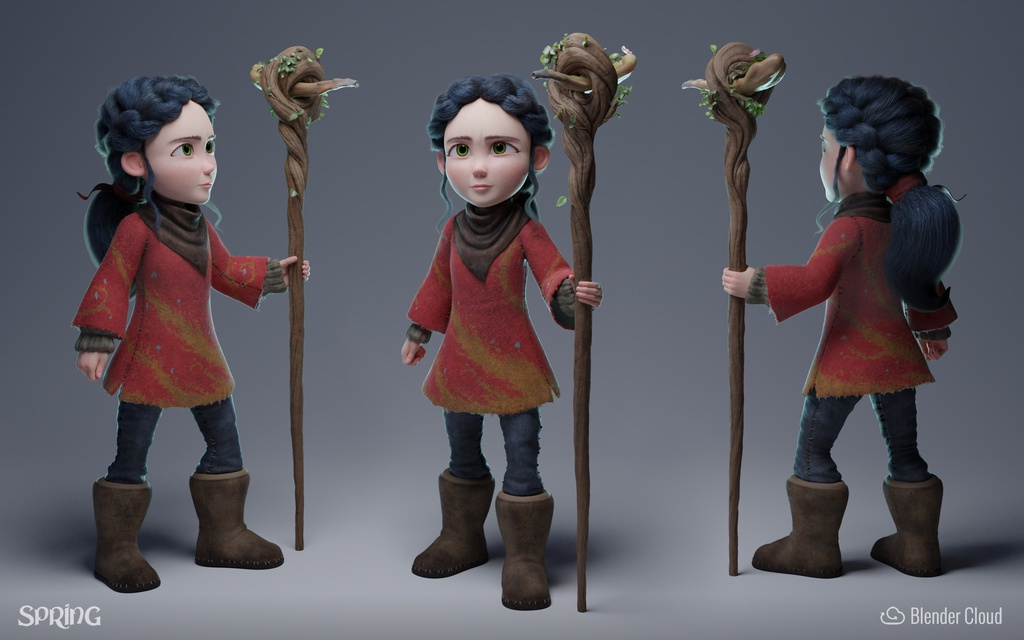 There was also a lot of feedback and influence from the animation team on the characters and Andy again stepped in to take over some of the shading and all of the grooming & hair-simulation/rigging.

And, lastly, when looking at the growing shots there is a lot of work from Pablo Vazquez in there and without some of the technical knowledge from the other Blender veterans at the studio, I would’ve stumbled in the dark. And that was the greatest thing about working on this film.

I learned so much during the production that I am impressed by how many of my fingerprints ended up in the movie. But that’s easier to accomplish if everyone is holding each other's hands while doing it.

What was the most challenging Spring asset to model?

Oh boy. What wasn’t hard to model! I think each asset had its own unique difficulty.

On one side we had the library of rocks that had to be sculpted. Now I wish we had some of the new upcoming sculpting features! Those would've made it a lot easier. (Read: What's new and improved in Blender 2.81)

Then there’s the modular creation approach of the trees where I had to model individual branches and put every variation of the tree together with lengthy instancing & collection setups. 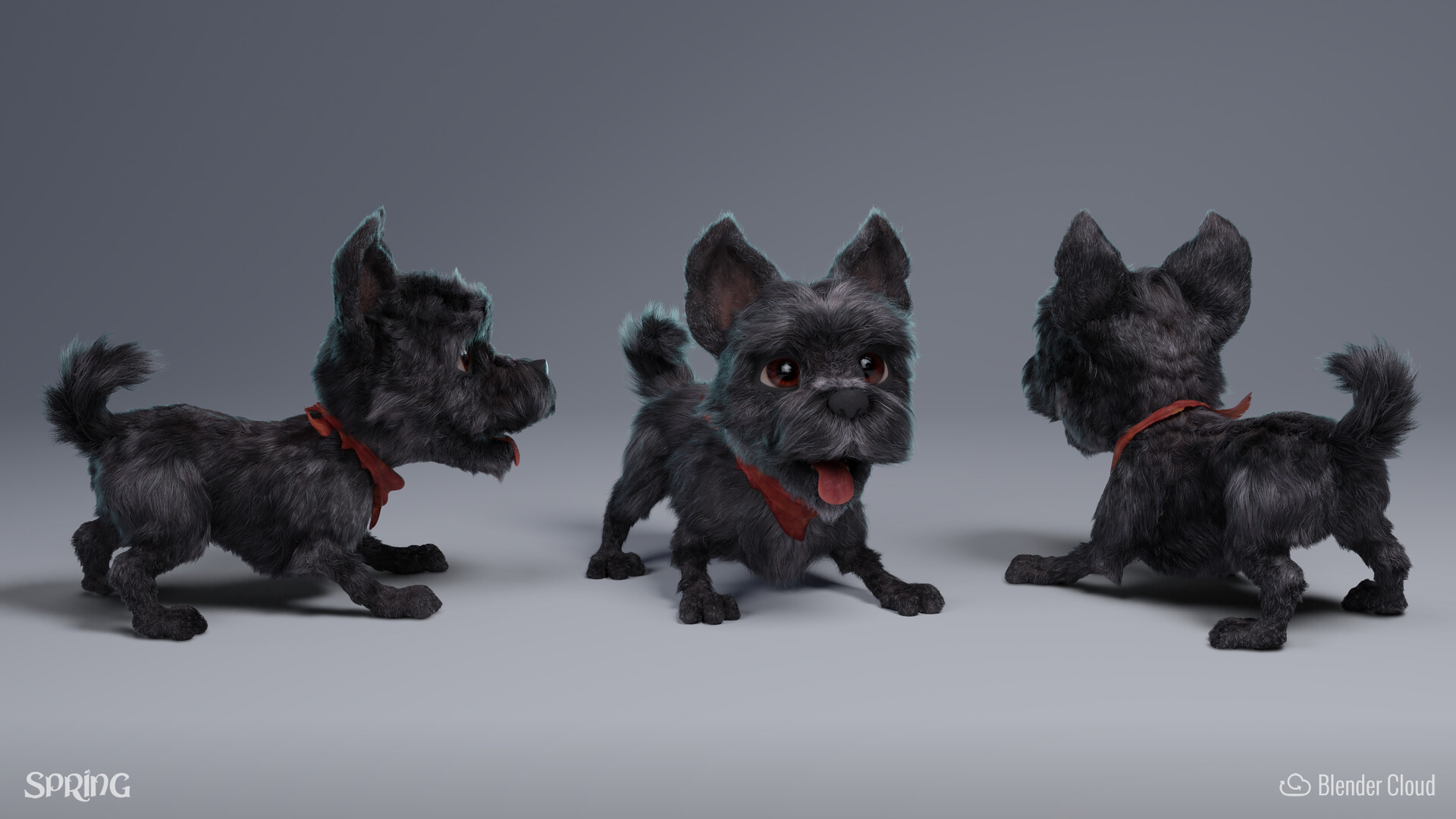 But probably the high-resolution madness of the creatures was the trickiest part since we had to figure out how to add the close-up details after the model was already done and rigged. So if you download the creature production files from the Blender Cloud, you will see that all the multiresolution modifiers are still on there and were never baked. I am still surprised this worked out so well.

Of course, in the end, the whole production was a challenge since it was mostly done in the pre-alpha, alpha & beta versions of Blender 2.80. 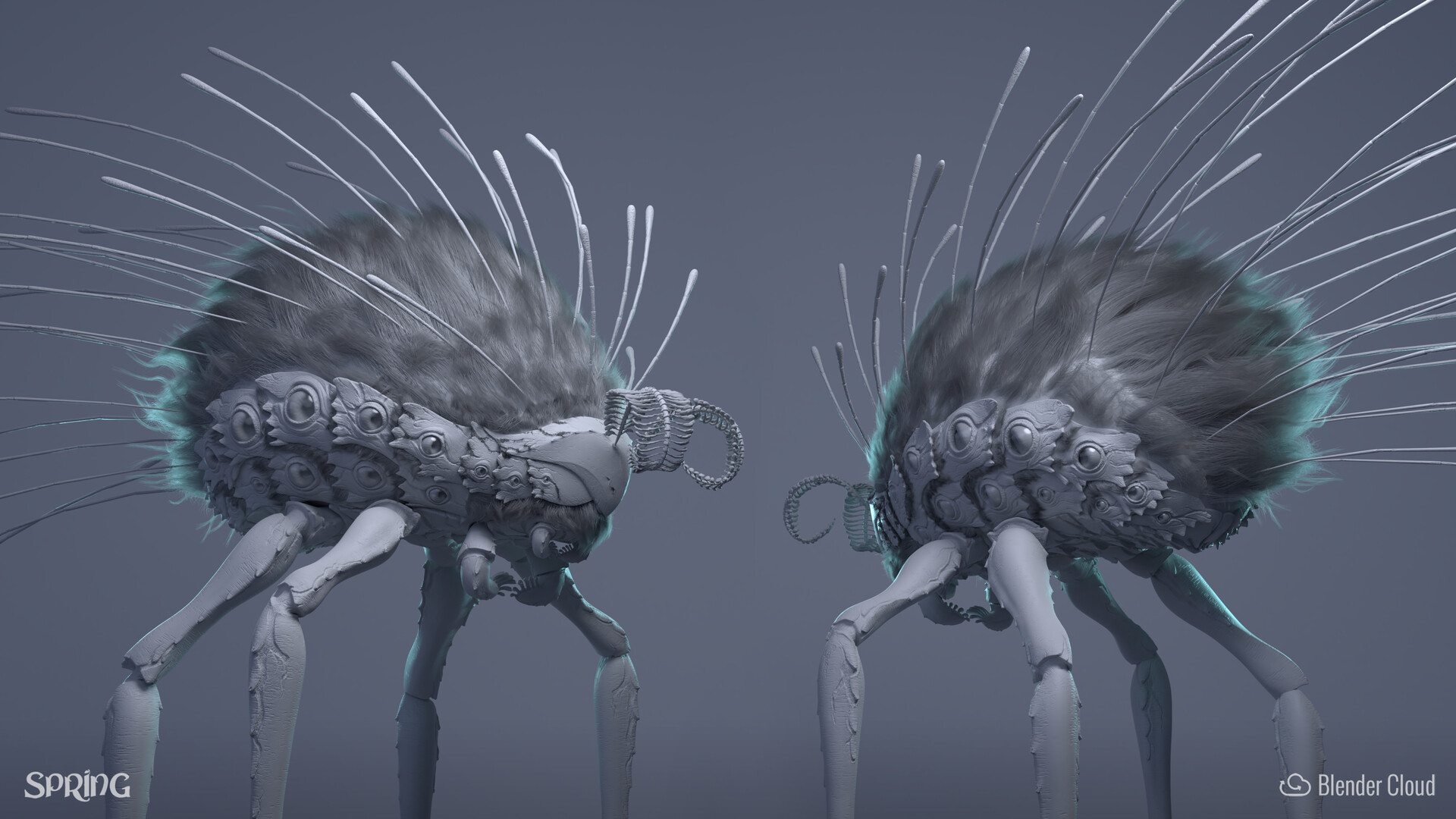 What advice do you have for others who want to turn Blender into their full-time career?

Probably to not base your career on Blender itself. This, of course, depends on what kind of career we are talking about - I didn’t start out as a Blender artist, but just an artist.

I tried out and threw away many different software packages. Some I didn’t like at all but I learned some interesting features that make them appealing and efficient to use. Others I liked a lot but still always compared them to other software, including Blender.

Only using Blender or only working open-source is admirable but first and foremost you should work on your skills independent from any software and team up with like-minded people to develop your soft-skills as well.

Before working at Blender my main tools included Softimage, Maya, Substance & Zbrush, and I learned a lot from using them since they each do something very well in their own right.

It was easier for me to learn important lessons when I didn’t have to fight the software while doing it. Once I got to work on Spring with in-development software, those lessons became a helpful backbone to helping me finish that film and also help improve the software. 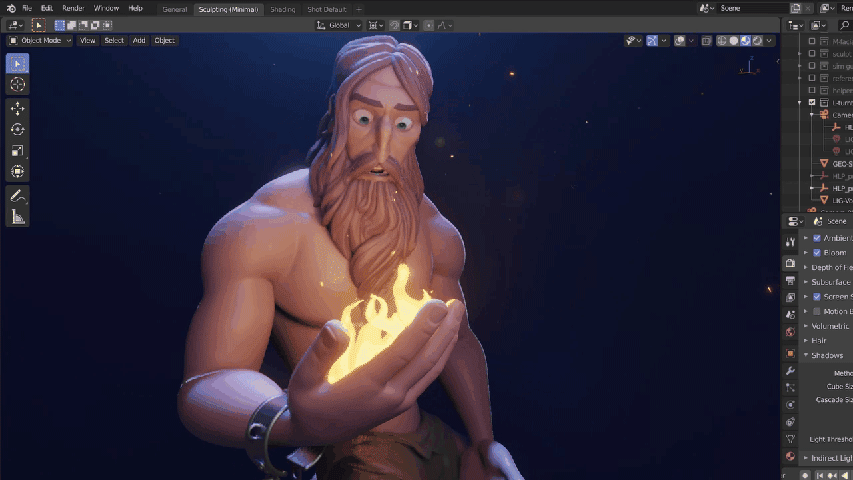 Is there anything about 3d modeling that you wish you had known when first starting out?

It’s a simple thing, but I wish I could’ve slapped myself in the face early on for always wanting to model/sculpt everything from one connected object. It just makes things unnecessarily hard and messy!

Also, make sure that you model non-destructively with modifiers and build up detail over time. You’ll save yourself some headaches down the road when feedback comes back your way.

On a related note: don’t beat yourself up over not using your own concepts. Focus on the modeling aspect instead of designing everything too. Otherwise, it’s too much to learn at once.

I used to beat myself up over always basing my sculpts and models on other artists' concepts and it made me feel very guilty and ultimately unproductive. It was like I repurposed their art and slapped my name on it.

This is normal though. People specialize and there is no shame in interpreting a concept into a 3D model since this is also an important exercise and skill. 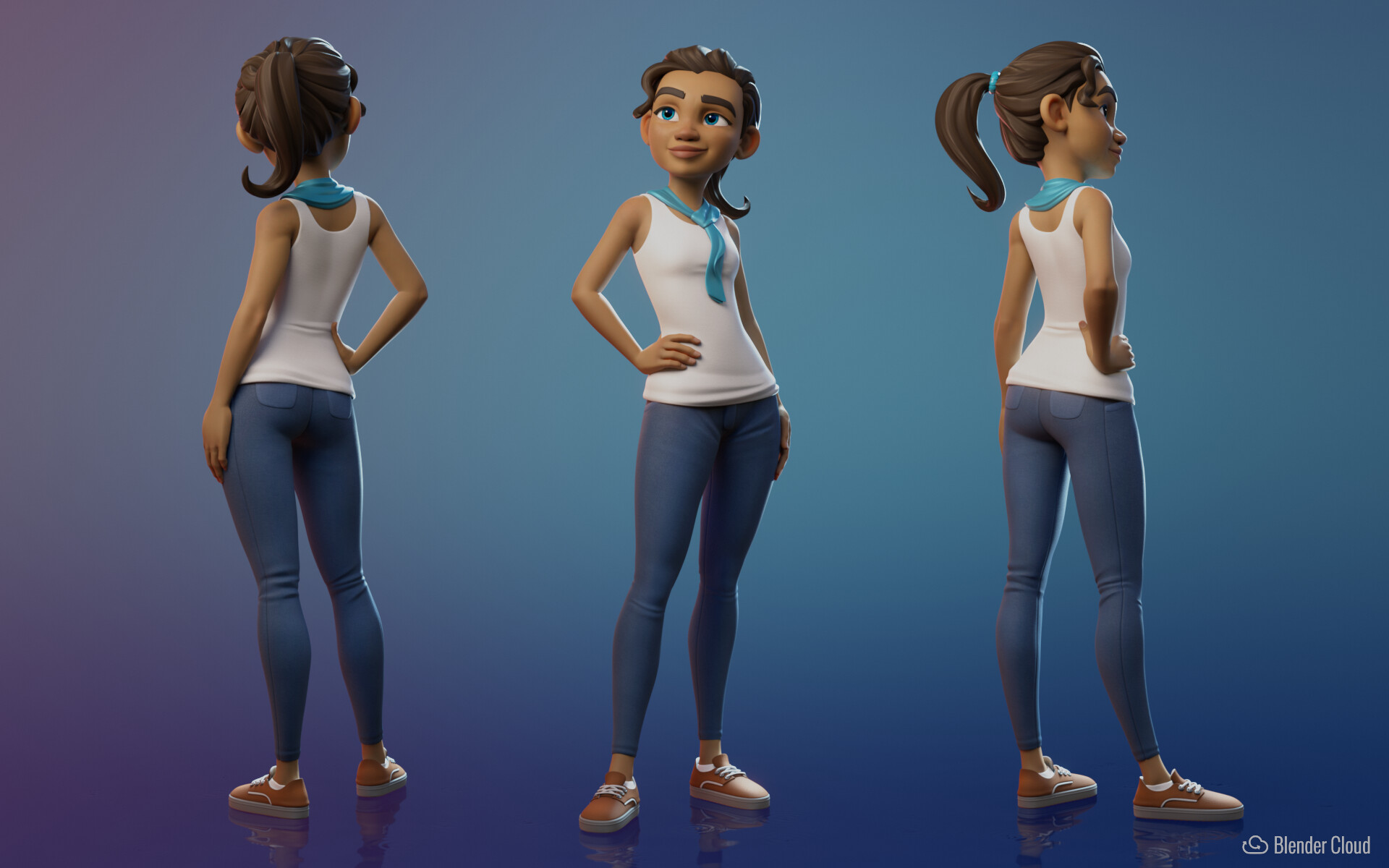 How did you come to work at the Blender Animation Studio?

Lucky coincidences! I was at the end of a 3-year contract and I had been looking for new work.

At that time I got an email from Ton Roosendaal asking if I had time to join the studio for their next project. I came over for an interview and at the end of the day, I had a signed contract. For me, it came all pretty much out of nowhere but it was quite interesting to find out that they had been aware of my work for a while.

We should really appreciate the social outreach the internet can have and the ties within the Blender community.

You're also teaching for the Blender Cloud. What's your favorite (and least favorite) thing about teaching?

Probably my favorite part is that I am not just sharing knowledge but also seeking it.  Before diving into any recording or editing I research and educate myself further.

This really helps to increase the quality of the educational material but it also makes the act of teaching go both ways, which is wonderful.

My least favorite would be the editing. I’m still struggling to find the right piece of software and getting an efficient workflow for creating the final videos is still rather slow right now.

Another great thing is how my opinion on teaching changed. I always had a negative view on it, like I was putting myself on a pedestal and preaching things I knew nothing about. But it’s a great exercise in researching, writing, speaking, and examining/updating your own knowledge that you don’t get that often otherwise. 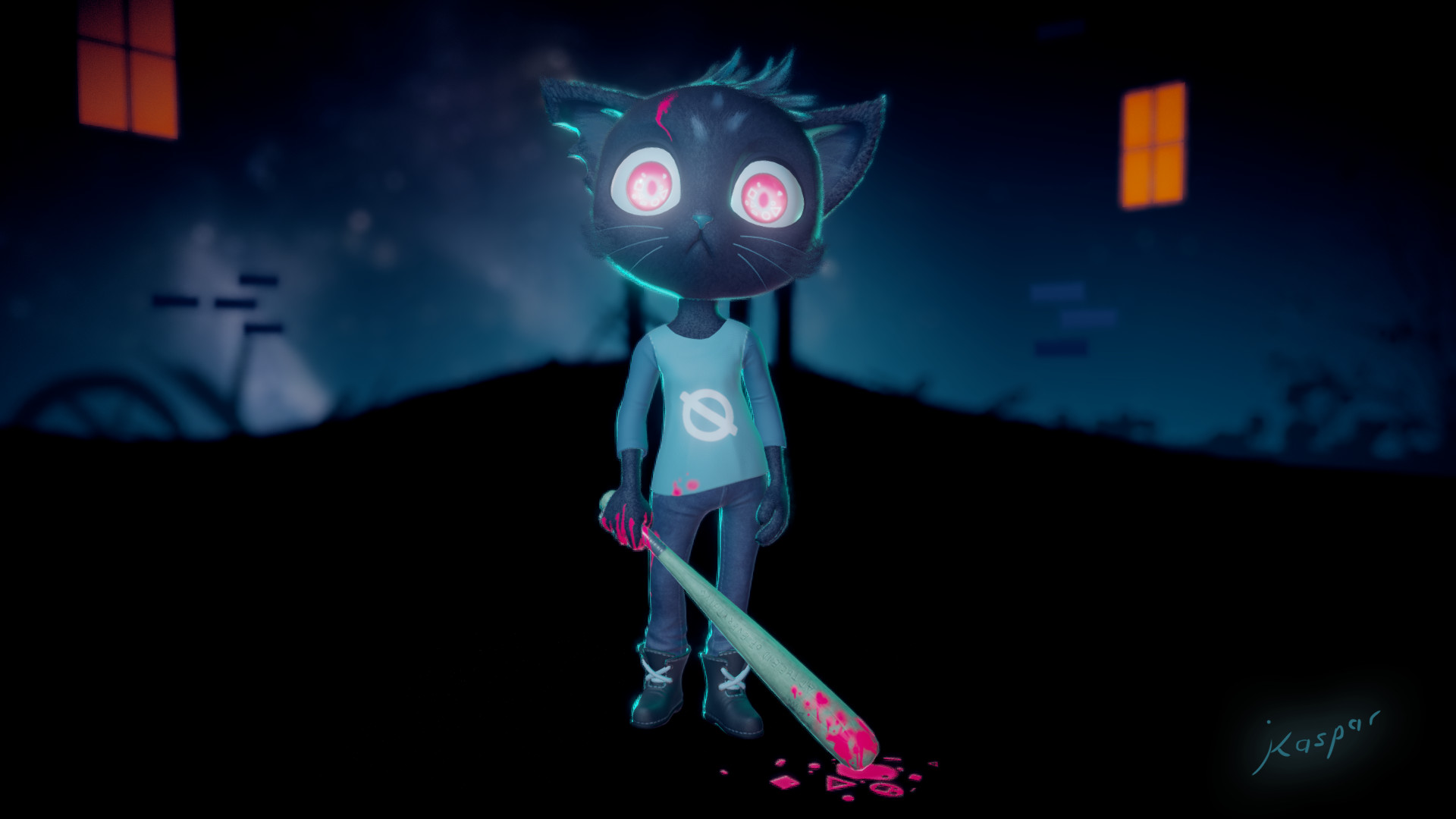 Do you have more courses planned?

My top priority right now is to finish the one I have now. It’s quite a big project that is taking way longer to complete than I had originally intended.

After that, I would love to continue making smaller tutorial series like a short beginner course in sculpting, as well as more quick tips & production breakdown videos.

And then there’s also a new movie to work on soon. Time will tell.

Follow Julien on Twitter to see his latest work. To learn how to mimic his unique lighting style, watch our "Lighting Match" tutorial.