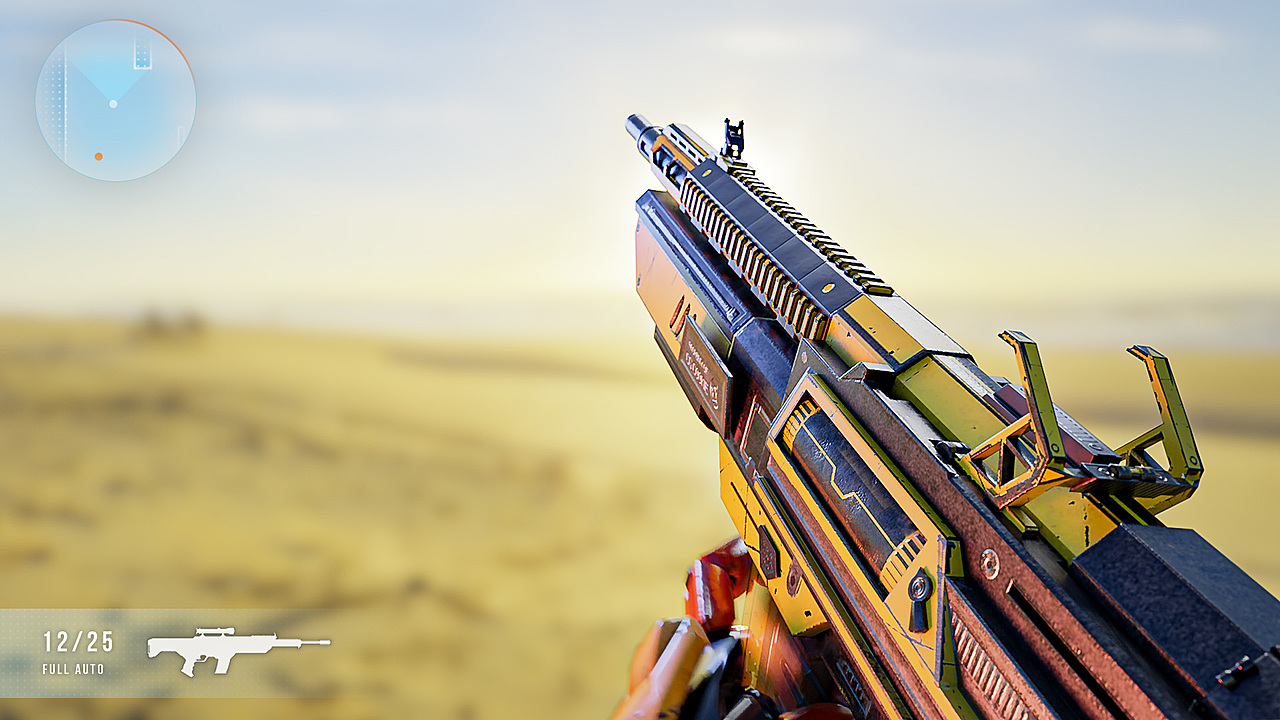 These are some of the interesting tips and tricks that I found while researching the topic of first-person game animation. I discovered these while putting together my course on Animating First Person Character Weapons in Blender which I recommend you check out!

I will and be sharing resources that you can take a look at if you want to learn beyond what’s covered in this course.

First up, some general do’s and don’ts!

While we want our animations to look cool, it’s more important to make sure that they communicate the action without getting in the way of the player.

A short, snappy, but otherwise boring animation is better than a fancy one with lots of anticipation and flourish. That's because your player is going to be watching it hundreds - if not thousands of times.

It might be fun the first couple of times, but after that, the distraction and the extra time can get frustrating.

You don’t want to make your player wait around an extra second every time they do an action just so you can show off your cool skills.

That said, we want to try to use the limited time we have and make things feel fluid, natural, and fun. Just be aware that it’s a secondary goal.

Check out this video by New Frame Plus on the animation of Smash Bros characters to see how you can strike a great balance between style and function. They use only a few frames and end up with a really satisfying result.

I’d also highly recommend his video on Overwatch's first-person animation and how the different animation styles for different characters can convey personality.

It’s a perfect example of how - if you’re really careful - you can have your cake and eat it too when it comes to style vs. functionality.

I tried to strike a good balance in my FPS Animation course, but feel free to lean a little more one way or the other if you think mine is either too slow or too fast.

2. Animate the first frame, but don't use it in-game

A common technique for making your animations feel snappy to the player is not to start on the first frame.

When animating, you obviously need that first frame of idleness to make sure the transition feels natural, but in the game, you can start on the second frame and jump the player right into the action - as soon as they hit that button.

Talking about not frustrating the player: don’t block whatever they are trying to look at with your animations.

This GDC talk by David Helsby about the first person animation of Destiny refers to the Combat Corridor, the area down the middle of the screen that the player is focused on.

Try to keep that clear as much as you can so that they don’t miss anything important.

In that same talk, David also mentions the idea of framing the reticle.

Instead of blocking the player, you’re helping them stay focused on the most important area.

5. Don't make your player sick when animating the camera

Another great lesson from David is why you should be super careful when animating the camera.

When we run, our head stays somewhat stable - but it still rotates and moves a noticeable amount.

However, if you try to animate this movement, you’re going to make your players sick 🤮

That's because their sense of balance while sitting and what they’re seeing in the game doesn't line up - and this misalignment can trigger motion sickness.

Ever have trouble reading while riding in a car? Then you know what I mean.

It's ok to translate it a bit of camera shake to get the desired effect, but stay far away from rotation, especially while walking, running, or when the player is directly in control of the action.

If you need to throw some shake in during a cutscene as I did for my shot of the robot getting up in my first-person animation course, that's fine - but do it sparingly.

I also thought it was interesting that in Destiny (and a lot of other first-person shooter games) there is a second camera for the character with its own field of view.

Maybe your game has an adjustable field of view, or maybe you decide that you need to change the focal length later.

Well, if you only use one camera, all your hard work on the animations is suddenly out of the window because it totally alters how it looks and feels.

The solution: have one camera for the player with a set field of view!

We just copied Destiny and used 77 because it felt good, and then added a second camera for everything else that can be freely adjusted to your liking without messing stuff up.

7. Parent the gun root and the left hand to the right hand

Overall, you’ll end up with fewer actions to deal with and it will be more intuitive to animate.

You can then parent the left hand to the right hand or the gun so that it follows along.

8. Use actions for each animation

"Should I animate it all in one long action or break it up into multiple actions?"

Again, you could technically do either, but I found it a lot easier to manage by making a different action for each movement and then using the NLA editor to arrange them into a sequence.

Just be sure that you keyframe all the important values including constraint influences.

This ensures that when you change something in another strip down the road, things won’t get all funky.

9. Save important poses in the pose library

As you work, save a pose in the pose library for the default poses - like idle for each weapon, iron sights, etc.

You can then easily revert back to them at any time.

Since it’ll be different from your resting pose, you won’t be able to Alt+G and Alt+R your way back to safety.

10. Structure your files for fewer headaches

Lastly, we need to structure our assets so that they import well into Unity or Unreal.

In my course about FPS animations, I show you how to link two separate asset files into a new animation file using proxies or the new library overrides, and then take the baked animation data back into the individual files for cleaner exporting.

This is the way to go if you’re working with a team or a huge number of assets. But if you’re just doing a few simple animations for one character with only a couple weapons, it might not be worth that extra hassle and you can just do it all in one file and not worry about it.

I hope you found those 10 tips helpful! I’d encourage you to take some time to check out those videos I mentioned above or the videos below if you’re curious, and then jump into the course when you’re ready.