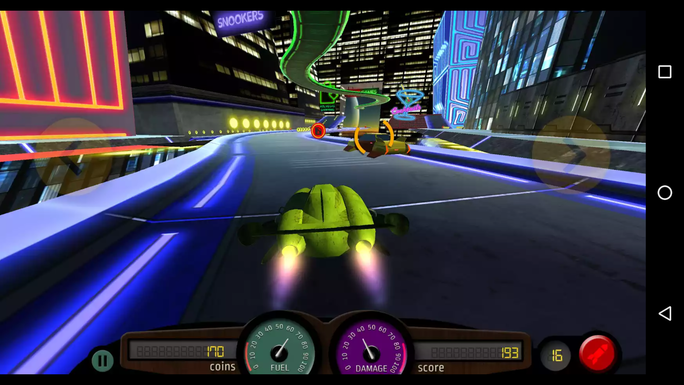 Rohit (26) and Parjanya (26) started off like many amateur game devs: disillusioned. They realized that creating a game that they wanted to build, like Asphalt or Need For Speed, takes a team of developers and months of time. So they decided to start small. Inspired by CG Cookie tutorials like Lunar Lander, they decided to start small and create an infinite runner game as their first app, keeping it simple but polished. After 9 months of hard work, Outlawed - Hovercraft Racing, was released this summer currently has an impressive 4.7 user rating.

Rohit and Parjanya, what is your game, Outlawed - Hovercraft Racing, about? 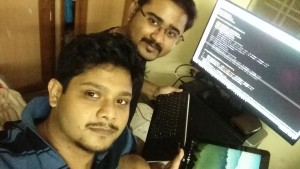 It's a fairly simple game: an outlaw has robbed the city bank and is on the run. Your role is to chase him down through this retro futuristic city. Rules of the game are simple: you collect coins along the way and use them for ship upgrades. For the most part, the game follows all the principles of an infinite runner game, with one exception: instead of having predefined narrow prefabs for the runner, we tried to make large prefab segments that would have multiple routes and jumps.

What made you decide on using Unity to build your game?

We were amazed seeing how Unity Engine simplifies complex scenarios. For example, if you want to implement a motion controller, all it takes is just one single line of scripting and Unity does the rest. Simple animations can be integrated so smoothly with back end code and can be triggered exactly when you want. For every little problem we faced, we found a built-in solution in Unity.

Think you know Animation Triggers? Test yourself in a fun door-opening exercise

What was the most difficult technical aspect of developing Outlawed? 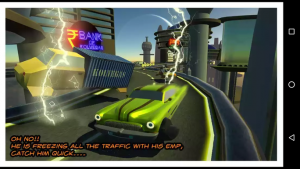 From a coding point of view, we faced difficulty implementing a primitive database connectivity to save player high scores within the game. With a bit of research and help from various online forums we were able to do it. From a design perspective, we had a hard time optimizing the game in order to gain a decent FPS even on low end-devices. Initially, we thought about using Unity Terrains as Prefabs for this game but we weren't able to optimize it to our desired FPS. Finally, we discarded that approach and went ahead with a floating city theme.

What advice would you give to other game devs who are just starting out? 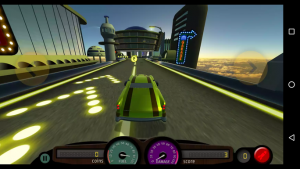 If you set your goals right, it is not that hard. The best part is having the support of various websites like CG Cookie and online forums which will help you with literally any aspect of the game. It just takes some time and patience. In the field of game development you always have the flexibility to solve a problem in more than one ways. Take your time, do a bit of research - and BOOM! You will get it done.

Start building your own games: explore our Introduction to Unity

What would you do differently next time? 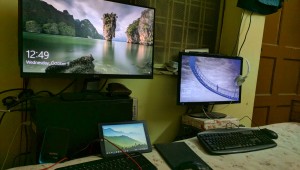 Since we are just two developers trying to make better games for everyone to play, we realized that it might not be possible to put detailed work into models and other assets we use in our game. For our next game we are planning on purchasing a few basic assets which would not only make our game world much more attractive, but also give us sufficient time to concentrate on the development of the gameplay. For all developers like us out there, if you have the dream of developing and sharing your game with the world, keep working on it and never give up. We also have our regular day jobs, but coding your games in the evenings will make your day all the more interesting. What has been your biggest accomplishment so far? 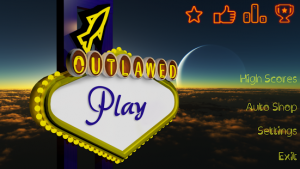 We just started making games, admittedly, after a few failed projects. We consider this game a stepping stone for making better games in future! After completing Outlawed, we now know exactly what it takes to move a decent game to production, which makes this game our biggest achievement.  When we shared our published version of the game with our friends and family people were so amazed by the news.  Download Outlawed - Hovercraft Racing or get started with Unity to begin making your own games.