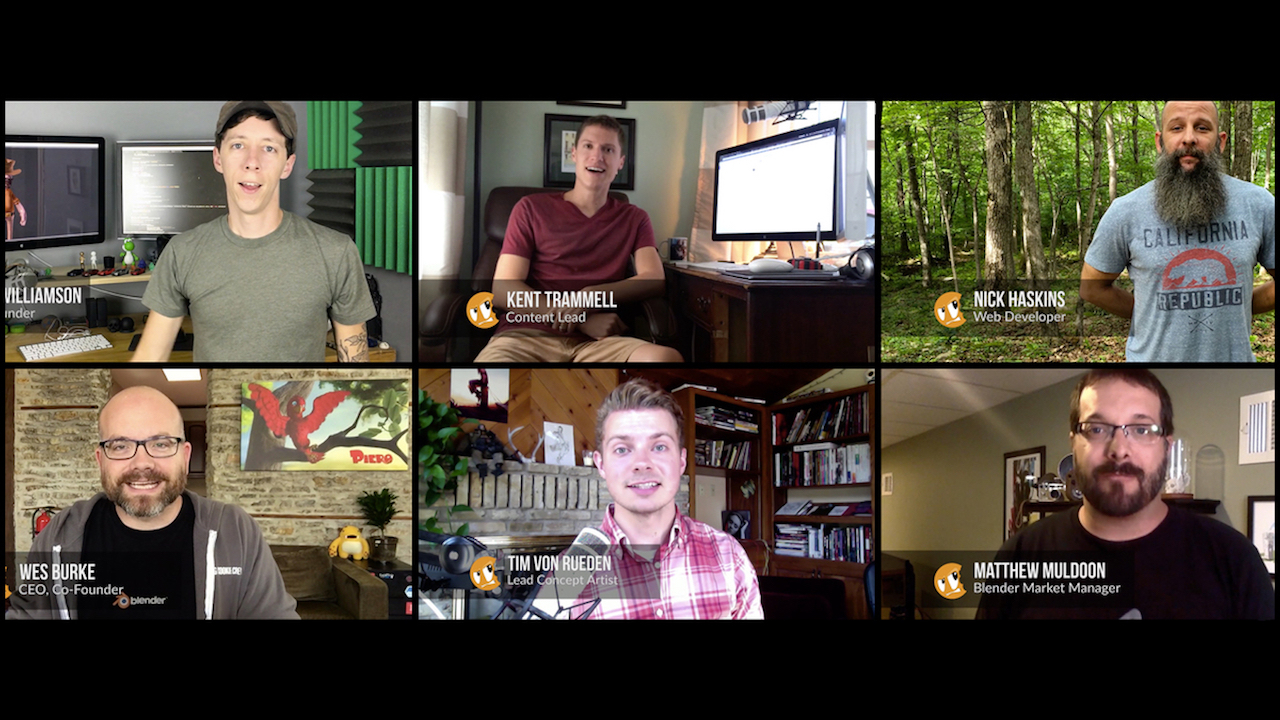 “No tacos, beer chats or thick-as-oil hot chocolate this year,” I thought sadly as I cancelled our SIGGRAPH hotel reservations. The reality is, CG Cookie just didn’t have the resources to attend this year. But now, we have something up our sleeve that’s (almost) as good. The next morning I am a couple sips of coffee into the day when I see an email from David Andrade from Theory Animation, with the subject of “Hey Dudes”. The email was inviting CG Cookie to speak at the Blender BOF SIGGRAPH 2016. An invite which came less than 24hrs after I had cancelled our rooms. Dratz! However, after a few email exchanges we agreed to send along a video.

CG Cookie has been fortunate to attend a few SIGGRAPHs in the past. Like most business owners, Jonathan Williamson (CGC Co-founder and friend) and I would discuss ways to increase the ROI (return on investment) of the expenses incurred. In the past, CG Cookie offered flyers with discount codes and held conference-related sales. Neither of these yielded groundbreaking results. That being said, we still viewed attending SIGGRAPH as something to look forward to and of value. In reality, as we both agree, “It’s simply important and fun to catch up with our digital relationships in person”. Having dinner face-to-face with a group of Blender users, fans of CG Cookie or new faces is the reason CG Cookie goes to SIGGRAPH. 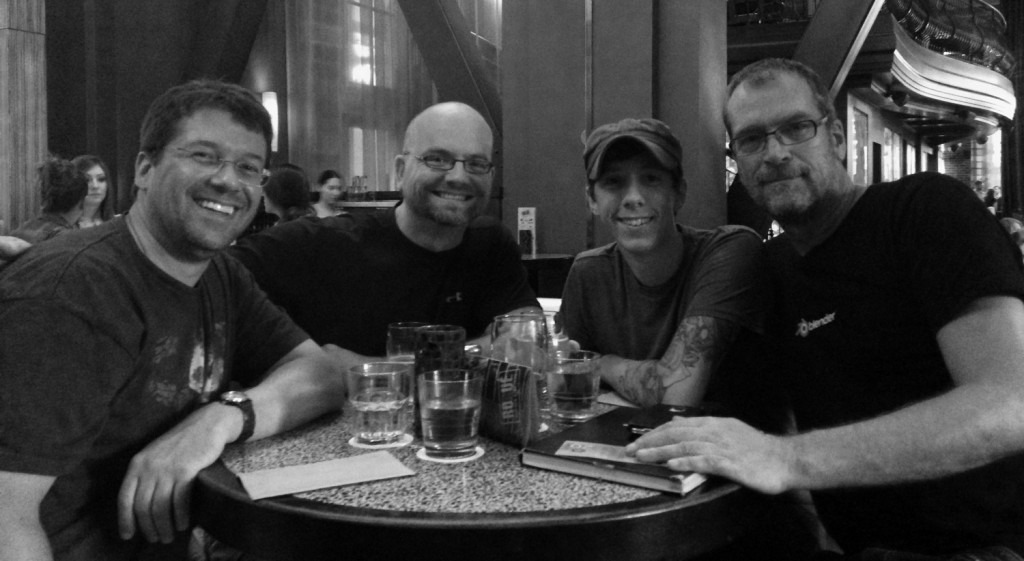 We can’t talk about SIGGRAPH without acknowledging our close ties to the Blender community.

With past SIGGRAPHs, CG Cookie has both participated as Blender booth personnel and financially helped sponsor the Blender booth. We LOVE Blender! From its founder to developers and artists, we are big fans of all things Blender. In large part, SIGGRAPH has transformed internet acquaintances into friendships with the people we just mentioned. Blender holds a very real place in the CGC heart.

Now, about that video…

The presentation guideline was simple and open: show something you’ve created in Blender and keep it under 5 minutes. Given the opportunity and importance of SIGGRAPH to CG Cookie, we knew sending a re-hashed demo reel wasn’t going to cut it. While reels by themselves are good and have their place, they can often feel sterile. Instead, we set out to express something more personal. Something that also presented the Why and the Who that drives CG Cookie - in addition to the art and training we create.

“Admittedly, I wasn’t thrilled about creating another demo reel. While I love to show our work off as much as the next guy, to me, SIGGRAPH represents the gathering of the humans on the side of the 3D viewport - It’s more social than showy, which I admire. So when Wes pitched to me his idea of showcasing the people and the motivation behind CGC, that’s when it clicked; that’s when I got excited.” - Kent Trammell

Drafting a script, recording talking heads and deciding which art pieces to include is only half the puzzle. The rest is finding rendering solutions. Fortunately, Kent Trammell has a small Blender render farm in a filing cabinet, literally. After some updating and beating it with a hammer, frames were ticking away 24/7 leading up to the delivery. 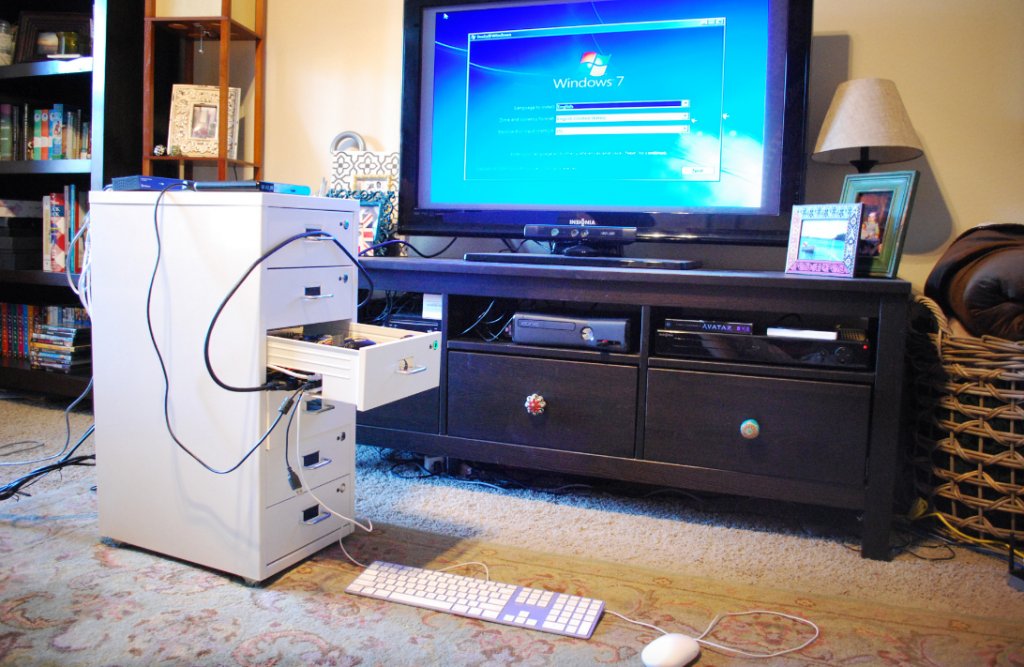 With a successful rough cut of the video, the team was then able to visualize the final piece and focus on the sections each of us were responsible for. The team's "Hello!" videos began coming in, then the final audio, the video timing, and final graphics were purchased. There was a section of video with voice overlaid talking about CG Cookie. This just felt self-serving, so at the last minute, we put a call out to the community for an audio testimonial regarding their time with CG Cookie. Thankfully, a CG Cookie member Melissa NG responded and recorded a humbling audio recording her experience using CG Cookie that moistened the eyes of some CGC crew members. Huge thanks to Melissa and definitely check out her work! Matthew ran a final audio level check and color correction pass on the entire project. The video was then zipped up and sent over. I was excited that our good friend and Blender VFX ninja, Sean Kennedy, agreed to present the video. Thanks for watching and don’t forget to have fun in what you do! Wes Burke @wesburke