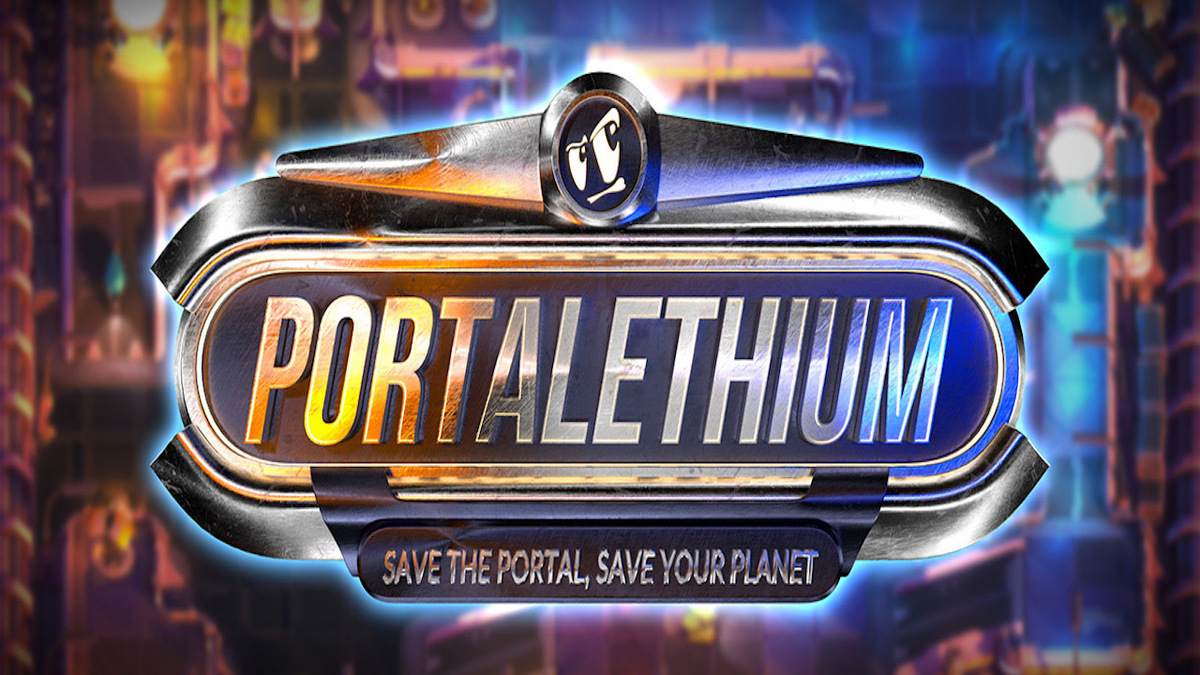 The CG Cookie Crew is proud to present our tower defense game, PORTALETHIUM! Gridlocked at the intersection of two worlds, you - the valiant forces of blue - must protect your portal against the evil forces of orange.

We built PORTALETHIUM to be played. 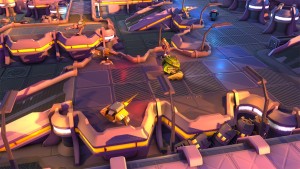 Please play it and enjoy it! It’s an endless-style game that we hope will supply you with hours of beat-your-high-score incentive.The Goal?  Simple. You’re on the defense. Prevent enemies from making it to your portal for as long as you possible can.How?  This part is simple in concept but tricky to perfect.

You have an arsenal of 3 TURRETS to ward off your enemy:

Canon : As a base turret, this weapon fires a slow-but-steady round at short-range enemies. It may not seem like much, but it can save your bacon when you don’t have many credits to spend.

Gatling : This weapon has a bigger range than the canon and a higher rate of fire. But those enhancements come at a higher cost of your credits.

Missile Launcher : She’s the most expensive turret with the biggest range and firepower. But the catch is she only fires flying drones, not land enemies.

3 different enemy types are constantly making a break for your portal:

Moto: These two-wheeled blue buggers are your fastest enemy. Yet they are also your weakest foe. You'll have to act quickly to take down them down, but you won't need much firepower to do so.

Tank: These green juggernauts are the slowest of the enemy hoard. But what they lack in speed they make up for in armor. You'll need plenty of time, cannons, and gatlings to ward off tanks.

Drone: What's that in the sky? It's a bird it's a plane it's a...cliché example! The purple drones are the only airborne enemy and thus can only be engaged by your missile launchers. It can be easy to forget to look in the sky but, for the love of your home planet, don't! Lest the drones quietly rob you of victory.

We also built PORTALETHIUM to teach.

We thought it would be really cool to build a fully playable game and then turn around and teach how to make it! The “Creating a Tower Defense Game” Learning Flow will teach you how to build your own game from the ground up.

All 3 courses are available in the "Creating a Tower Defense Game" Learning Flow. Check it out HERE!

All said and done, this has been a huge team effort to make Portalethium a fun, educational reality. We’re talking 1 fully-playable game, 1 Learning Flow, 3 courses, 56 video lessons. It’s a big experience and we're eager for you to be a part of it!