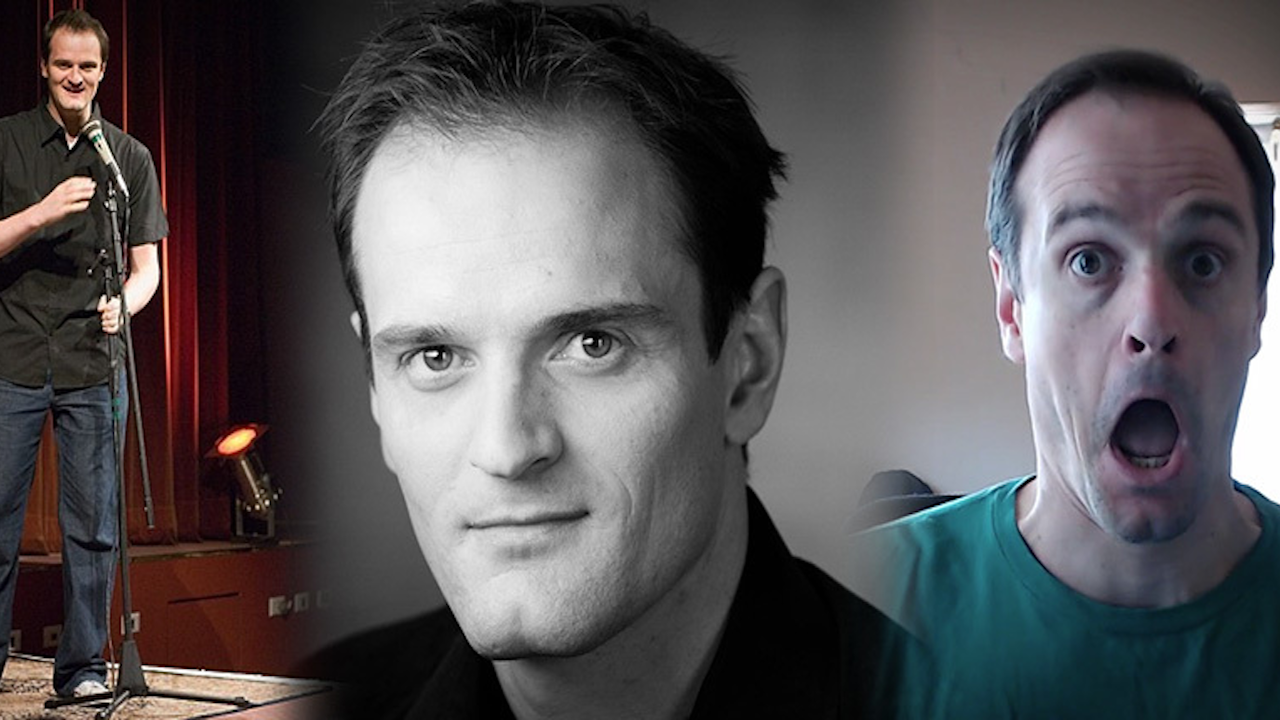 We are thrilled to present Wayne Dixon - our newest CG Cookie instructor! Wayne is a gifted animator and teacher who is focusing on our Blender animation curriculum, beginning with a new course called the "Animation Bootcamp" (launching very soon). Check out the interview below to peak inside the mind of the animator/actor/comedian.

How did you get started with Blender?

Way back in the time of dial-up internet (2003), I found a piece of freeware called ‘Anim8tor’. I was intrigued that someone would create software and give it away for free. Crazy right? I messed around with it for the day and managed to create my first ever animation: A cactus that waved and said, “Hello”. Well, it was more like a green baseball bat with stick arms that wobbled as some text appeared on the screen. It was horrible but I was pretty proud of myself for my first day.

Then, while searching for tutorials to actually figure out how to use the software, I found ‘Blender 2.28’. It was open source, whatever that meant. I download it and had a look. It was way more complicated so I closed it and went back to Anim8tor. After I completed all 3 of the tutorials for Anim8tor, I wanted to learn more, but that was it. I took another look at Blender and saw that it had been updated since I last used it. There also seemed to be heaps more tutorials so I decided to give it a proper go. Then after learning what open source meant and the community that came with it, I was hooked!

I love to watch beautiful animation in any medium, computer generated or not. It brings pure joy to my brain to see appealing animation. Appeal is hard to explain but you know it when you see it. The way a character moves from point A to B in an interesting way, a believable piece of acting, the right amount of pause before a blink or even a broad cartoony gag. It can all bring joy!

My favourite thing about computer animation would be when I hit ALT + A and the character comes to life.

I love it when for just a few brief moments my brain forgets that they are just pixels on a screen and they become a thinking, breathing character. I sometimes get a jolt when the animation hits the end point and the character just stops. My brain says “Hey what happened?!” And then I realize that I just achieved the ‘illusion of life’.

One look at your website reveals that you’re a man of many interests and skills, including professional acting and stand-up comedy. Do you find that those skills are useful to you as an animator?

Totally! At first glance it might seem that everything is unrelated, but essentially it is all connected. Stand-up comedy taught me how to be funny as well as timing. It’s a special type of acting where delivery is everything. You’re playing an exaggerated version of yourself with a fluid script that needs to be delivered in the best possible way in that exact moment. It can be really fun and addictive. Animation is acting too. You are just doing it through a digital puppet which happens to take a lot longer to do. But the goal is the same. You’re putting a little bit of yourself into the character to trying to bring those pixels to life. The beautiful thing with animation is that you are not limited by your physical appearance. You are acting vicariously through the character so if the character is a sheep, you can be a sheep. If the character is a rabbit, you can be a rabbit etc. My animation skills have also helped in my acting career. Especially when it comes to TV commercials. I have learnt a lot about eye lines and cheating things towards the camera, using exaggeration and anticipation and I am constantly thinking about silhouettes and framing in the audition room. But mostly I’ve learned not to be afraid to act like an idiot when the need arises. If you do, you often get the gig.

What’s is the most common problem you see with new animators’ work?

We are all guilty of starting with things that are way too complicated. But that’s not our fault, we’re new so we don’t know any better. I say “we” because I was totally guilty of this too. It’s easy to watch a Pixar film and be fooled into thinking that because it was so easy to watch those characters moving and acting in a believable way, it must be easy to animate them moving and acting in a believable way. Then we start with a full body character action shot and get discouraged when we can’t make it look remotely like a Pixar animation. Or we fool ourselves into thinking that it’s the best thing ever animated and post it online asking for “critiques” when really we just wanted to hear how awesome it is. It took me a while to figure out that I didn’t really understand the basics at all. I applied for animation school and thought I would make it straight into the 4th-level class. It was very humbling to receive the email saying that I needed to learn the basics in workshop 1. I was really upset and I wanted to say, “Well you’ve got no clue about animation” - but I didn’t. Instead I reasoned, "This is a professional animator from DreamWorks. They must know what they are talking about." So I started in workshop 1. They were totally right! I knew nothing and I’m so glad I went back to the drawing board. Ultimately, I think the earlier you can learn to be humble, the better. You can't afford to have an ego and be an animator.

What motivates you to teach others about animation with Blender?

It also has a added benefit of helping me understand it better. Before you can teach someone anything, you have to answer these questions yourself: “Why do I do that?” or “Why is it like that?”, etc. And by asking those questions to yourself, you understand it better. I learned Blender by helping others (because CG Cookie didn’t exist yet). I became a member of the “Blender Artist” forums - back when it was called “Elysian” - and tried to help people with their problems. I saw the questions that people had and often figured out the solutions so then we could both know. Plus, because it is a forum the answers stayed there to help the countless others who had the same questions. Pay it forward people.

I created the “Animation Bootcamp” with the same motivation. Basically, it’s all the stuff I wish I had known earlier, in the order that I wish I had learned it.

You’ve built a freelance career around animating with Blender. Do you have any advice for succeeding with freelance?

Naivety was definitely a good thing when I started out. I successfully modelled, rigged animated and rendered a full body character shot as one of my first freelancing gigs. I built the character, wrote the script, did the voice acting and created a 30 seconds of animation all in under a week. Looking back at it now I have no idea how I did it. If someone asked me to do it now I would laugh at them and say that it was impossible. But that is the beauty and the curse of ignorance. I didn't know how difficult it was, so I just did it. Now that I do know, I could never do it again. I do think, however, that I have been pretty lucky with the opportunities that have come my way since. I made and released a bunch of free rigs a while back and Fuzz Studios contacted me for a rigging job. They needed some stick figures rigged for a TV commercial they were doing so I did a little animation test for them. It was an animated rig test just showing what the characters could and couldn’t do. They liked my little test so much that they asked if I would like to animate the commercial. I said "yes" and have animated for everyone of their projects since, including being responsible for some of their most watched animated videos on YouTube. Good jobs and clients are very scarce, especially with Blender projects. So I approach every job the same:

If you achieve those 3 things people will come back to you. It’s also important to remember that you don’t have to say "yes" to every project. If the client is difficult to work for or the job seems like it will drive you mad, respectfully say “no”. Your sanity will thank you.

Your Top 3 animated movies and why?

Keep an eye open for Wayne's new course, The Animation Bootcamp, in the very near future! Also, be sure to check out his website to find out more about this aussie of many talents.