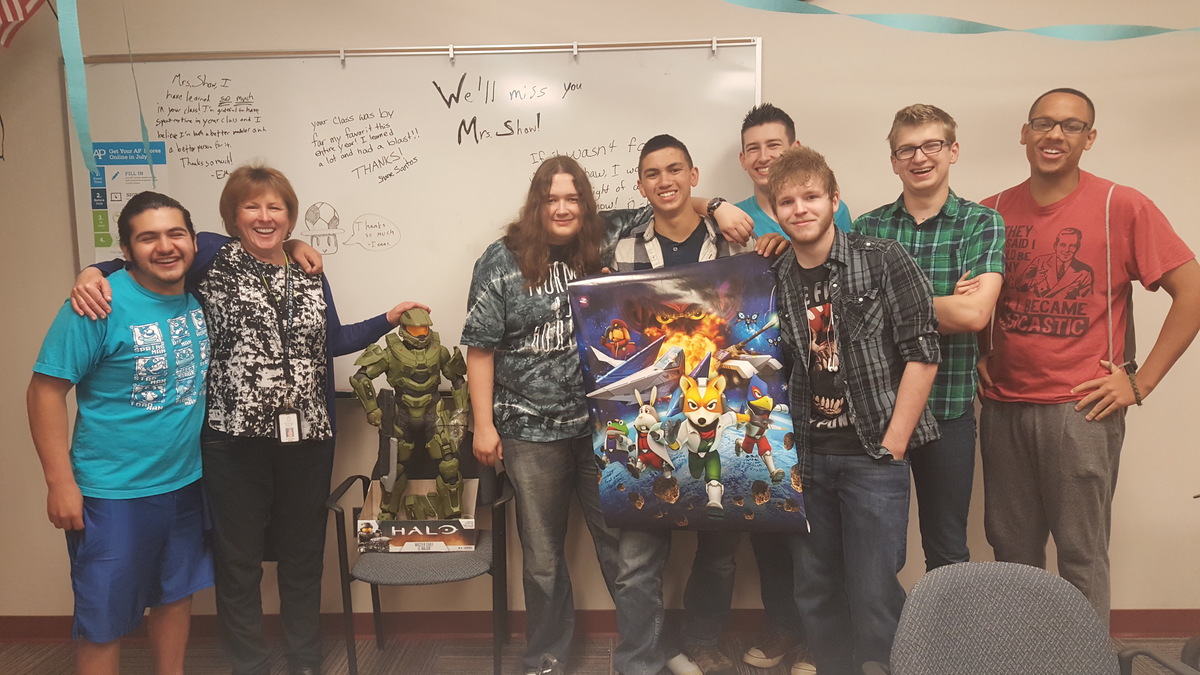 “The students started with a blank screen,” says Cynthia Shaw, online learning coach at Vista Ridge High School in Colorado Springs. This summer, her students completed work on "Forced to Stay", a video game they designed with the help of CG Cookie tutorials. The students are enrolled in an Advanced Game Design class, which is largely self-taught. “It’s been a really good experience for them,” said Cynthia, who provides guidance for the students.

Not Your Typical Classroom

Cynthia developed the Advanced Game Design pathway based on student demand, with participants selected for their initiative, willingness to learn, and problem-solving skills. 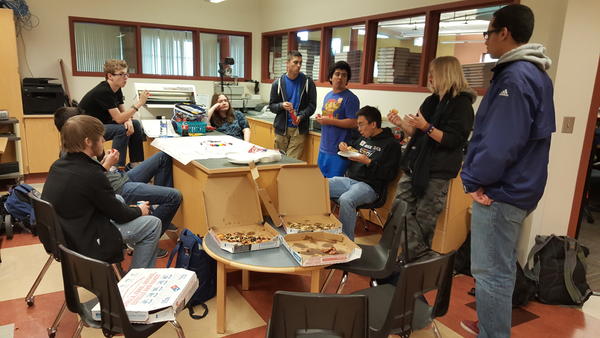 Isaac Fraire, eleventh-grader and Lead Animator and programmer for the team, explains that the course isn’t like a traditional class: “There isn’t one figure, one person who we could always go to and ask for help.” says Isaac, who has also been working on a personal game  “We Like to Flip” in his spare time. “We make stuff and learn how to use the resources at hand,” he says. 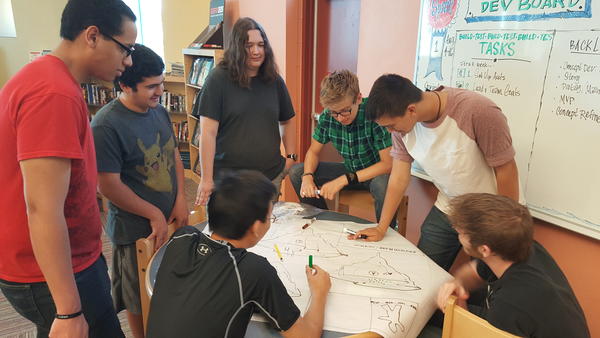 The team planning a “Floating Islands” section of the game

The students’ determination was key, as the workload included time on weekends. But this brought serious rewards: “The students’ progress was so fast, it was amazing!” says Cynthia. The students second this: “I have grown so much as a 3D modeler as a result of being in this class,” says Ethan Strong, tenth-grader and 3D Modeler, PR Lead and Editor for the project who also took on a storywriting and editing role for the project. “We really learned how to push ourselves,” said Ethan.

Want to create you own game? Get a head start with Unity

Scratch it and Start Again 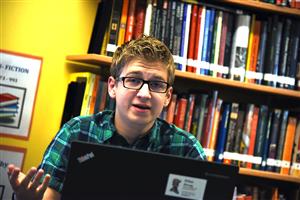 The project brought real-life challenges: during the fall semester, the group discovered that a game they had spent a large amount of time developing was too ambitious, so they needed to adapt and start over. “As a team we were being drained,” said Shawn Ringler, eleventh-grade student and project lead. “It eventually turned into a creative hole. We literally could not create anything more around it.”

“I really appreciated Shawn’s leadership on realizing that the team was being drained by the original project they had decided on,” said Cynthia. The team was forced to make difficult decisions and start a new project.

Is teaching Blender a smart choice? Read "Why Your Classroom Needs Blender"

Horror Game Without the Gore 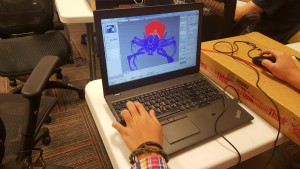 The new game, called Forced to Stay, is a first-person maze runner. “It is a horror-esque  game,” Ethan explains, “but there isn’t any gore, blood, violence or jump scares or anything like that.” Players avoid monsters while searching for maps and keys in chests placed within the maze. “All the monsters have pathfinding, so they’ll be able to pick their way through the maze toward the player without running into a wall,” says Ethan. The CG Cookie Fundamentals of Pathfinding”course was helpful for this, says Shawn Ringler, the Team Lead.

Shawn had to include proximity triggers and a randomizer on the enemy queue and CG Cookie’s Pathfinding course provided the tips and understanding Shawn needed to solve this issue. 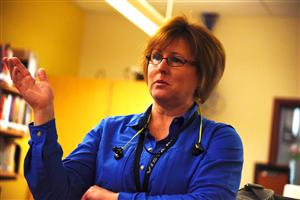 The course would have been difficult to run without the help of online resources, as Cynthia explains: “We thumbed through CG Cookie quite often as we got stuck on things,” she says. “Many times while I was running the Game Design course, in the evenings, I would refer to the C# Bootcamp and Blender or Unity Fundamental tutorials to understand better how to help my students.” Due to the self-taught nature of the course, the students also set off on learning paths of their own: Colton Herdon, the group’s 3D modeler and composer who produced the majority of the game’s music went nearly through the entire Blender library. But when he reached the Texturing and Shading a Stylized Character (aka the Pancake Hobo) and Creature Modeling for Production courses, Cynthia could tell that something clicked: “He became a 3D modeler for life, and went on to apply the knowledge from Kent Trammell to make production-ready dragons, monsters, soldiers, weapons, buildings, spiders and our Team mascot, Tinker. It has been a life-changing experience for all of us!"

Want to bring CG Cookie to your school and launch your own project? Now you can: explore how our training can power your classroom.