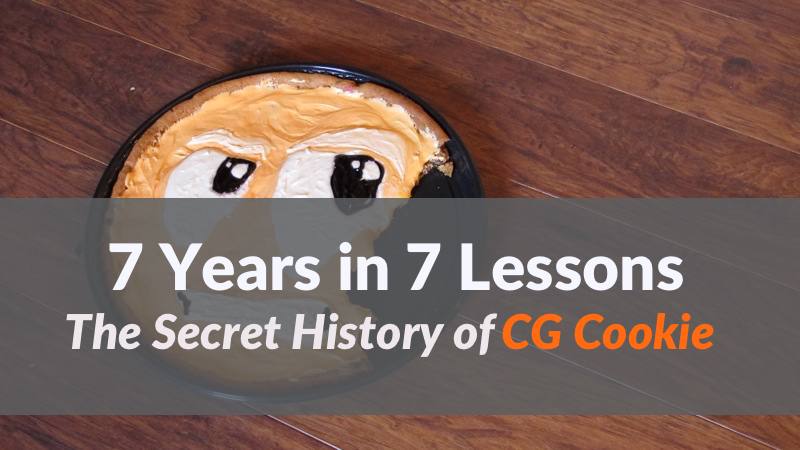 “What do you do when you have everything to lose?”Create a business that challenges traditional structures, sprouts a devoted community and inspires creativity in tens of thousands of people around the world. Obviously.Easier said than done, you think? You’re right. This is the story of CG Cookie from its early days as you have not heard it before, complete with bite-sized lessons we learned along the way.

2007 didn’t start off great for the Burkes. With freelance work drying up, Wes and his wife were months behind on their mortgage payments and looking at certain financial doom if something didn’t present itself. They had just had their first child and were quickly running out of time.

Lesson 1: Believe in Your Mad Dreams 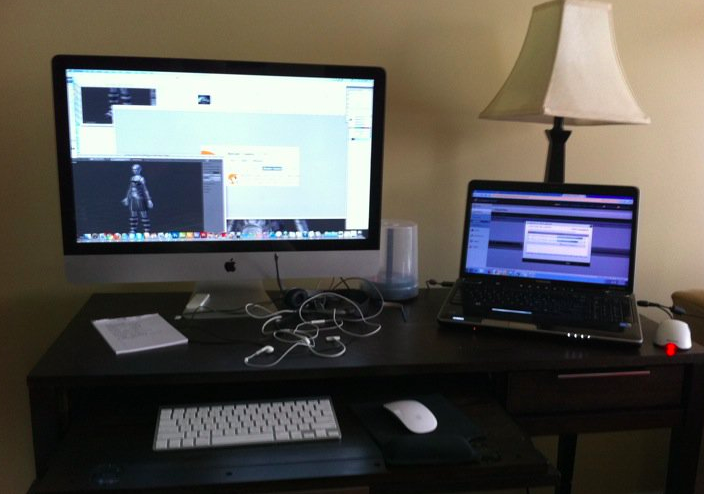 ^The humble studio of CG Cookie when it started.

Until Wes found a job in downtown Chicago, a 2-hour one-way commute away from home.  Think about it: how do you endure a 2-hour journey, twice a day, 5 days of the week? For some, this would mean catching up on sleep or scrolling through their Facebook feed with glazed-over eyes.

For Wes, it turned into 2 hours of intense work on a site he decided to call CG Cookie. “I don’t exactly remember why,” he admits today - a result, perhaps, of sleep deprivation. After 8-10 hours at work, he would reverse his commute, continuing to build what was becoming a patchwork site of CG news, jobs, images, and tutorials.

At home, Wes would allow himself 30 minutes to relax after dinner and continue to work on CG Cookie until midnight. Rinse, repeat.“Looking back, it seems like total insanity,” smiles Wes. “But in my case, that is just what it took: a slightly mad belief that what started as an insignificant side-project could one day become something more, something that would have a positive impact on people's lives.” 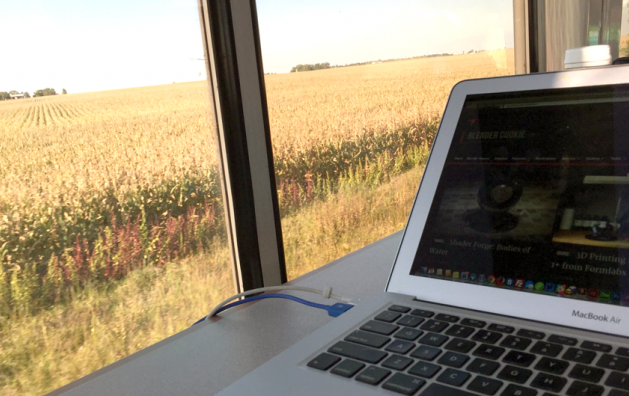 Lesson 2: If Things Aren’t Working Out, Give Yourself an Ultimatum

Before that would happen, there were serious hurdles to jump; fast forward to spring 2009 when Wes was struggling again. No longer able to afford CG Cookie, he and his friend Jonathan Williamson brainstormed for solutions.

They decided to outline and offer pre-sale on a DVD covering the latest release of a little-known open-source 3D software: Blender.  If this didn’t work out, it seemed certain the project would shut down and they’d write off their losses.Having launched the pre-sale site at 10 o’clock in the evening, Wes fired up his email the following morning and excitedly called Jonathan: “We have well over 30 pre-orders for a Blender training DVD!"

This was a defining moment for CG Cookie; in addition to providing a desperately needed financial injection, it was the first validation of all previous efforts, as Wes remembers: “It was a huge moment for us: the first proof that what we are doing might be ‘real’.”

Lesson 3: Find a Way to Get Paid For Your Work

This was well into the second year of the existence of CG Cookie as a site, but as a stand-alone business, CG Cookie wasn’t born until 2010. Wes and Jonathan (now official partners) incorporated the company in November and made a crucial decision just 1 month later: “We decided to offer a subscription-based membership for $10/month.” says Wes. In return, members would gain access to pre-recorded content teaching them Blender, Photoshop and other software packages.  Offering subscription meant two things for CG Cookie: first, it provided the business with residual income.

Second, it put the site on the front lines as a commercial entity in the open-source Blender community. Afterward, things moved fast, as they tend to do at CG Cookie: “We created our first iPad game Eat Sheep, published a book 'Art of Blender' and increased our staff from 2 to 6 full-time members,” says Wes. “We were beginning to feel the pace of the adventure quickening.”

Lesson 4: Be Generous and Give Back

The success of CG Cookie was showing financially, too. “Each year, we would increase our gross revenue by at least 30%,” says Wes, “and from the early days, our profits would go right back into the company to create more content and new features.

At the same time, we were donating thousands back to the Blender Development Fund as a way to give back to the community that supported us.” (CG Cookie's Blender Market is now the main sponsor of the Fund.) Wes and Jonathan invest heavily into the CG Cookie crew: “Our hope has always been to enable our crew to live where they would like to, spend time with family and feel vested in CG Cookie and our mission,” says Wes who supports a remote working culture, a flexible vacation policy and a 4-day work week.

“We wouldn’t be where we are without our crew - that’s not a cliche, but pure fact. For that reason, things like paying 100% of our full-time employee’s medical benefit costs are a no-brainer to me.” 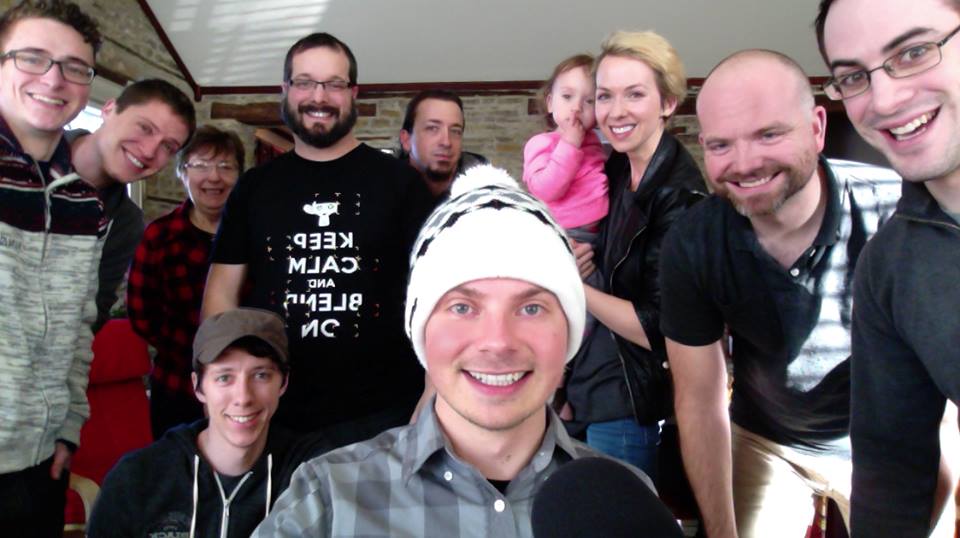 Lesson 5: Be Prepared to Change Everything

With lots of love going around, 2014 started off great for CG Cookie. The author crew was publishing tutorials of higher quality than ever before; the growing community was loving the new content and the CG Cookie brand continued to gain recognition.

But under the surface, worrying signs were emerging: after a long period of growth, the numbers of CG Cookie subscribers hit a plateau and Wes and Jonathan were left scratching their heads. What are we doing wrong? The answer presented itself during a company retreat in early 2015. “We all sat at a table and asked some tough questions about who we are and what we want to achieve.

What emerged from the debate is the one thing we were lacking: a clear direction,” Wes remembers.  This really hit home for Wes when filling out an application for a Venture Capital program called indie.vc which asked him to list all of CG Cookie's social networks: "I started to feel embarrassed as I listed the social accounts of all the sites we were running: Concept Cookie, Blender Cookie, Max Cookie, Sculpt Cookie, Unity Cookie...each of them having their own Facebook, YouTube and Twitter accounts. This really opened my eyes as to how scattered our focus had been."

With this realization, the crew quickly got to work on restructuring CG Cookie into a concise, focused website. For months, the crew would work on creating a logical progression of tutorials into structured learning flows with quizzes and exercises, until the new ‘CG Cookie Five’ was revealed to the community in the summer of 2015.  “Looking back, it was an insanely short amount of time to accomplish what we set out to do,” says Wes, “and it was far from perfect, with bugs and even a few non-functional pages at the launch at 4am. But we did it!"

Art education taught by a bunch of characters :)

Lesson 6: Be Clear on What You Came Here to do, and don’t forget it!

“The main thing we learned from our rehaul of CG Cookie in 2015 is the need to be clear on who we are,” says Wes. In his words, what exactly is that? “Our goal is to enable artists to become successful. How to do we do that?

By providing affordable, top-notch education, incredible tools to speed up your workflow and a marketplace to enable financial success.” 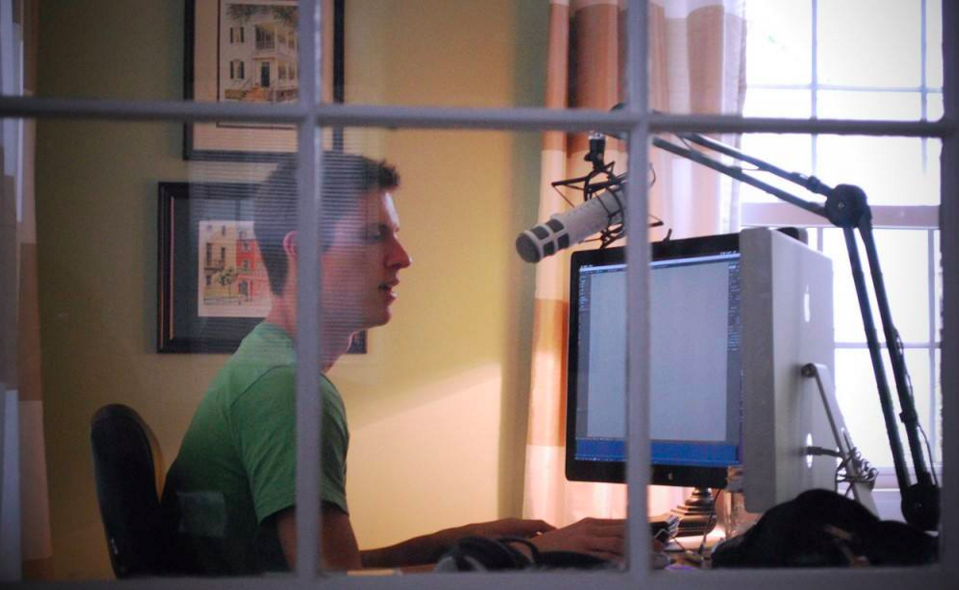 The company’s mission defines everything the crew does, from deciding what tutorial to create to designing new site features. The bottom line, to Wes, is that CG Cookie will succeed only if it helps its members succeed as well - whether that means growing their skills for their own enjoyment or making it in the industry. The question, "Will this benefit our community?" has become a mantra for the whole team and the answer decides what action will be taken; for a small crew with limited resources, clarity and knowing your priorities is everything.

More than 7 years after the birth of CG Cookie on a train into Chicago, one lesson rings particularly true for Wes: the necessity to confront one’s fear.  He remembers the times of feeling fear from facing insurmountable odds: “There have been numerous times in the CG Cookie journey when I felt a gut-turning anxiety, the visceral fear of the unknown and of making a wrong choice,” says Wes, “but I’ve learned to press through the fear, the questions, the doubt and turn them into a fuel to create something amazing. Having a great business partner, team and family in my corner certainly helps!”

Today, he speaks at industry meet-ups, events for creatives and, recently, at his college’s graduation ceremony, about accepting fear and then taking the plunge anyway: “I’ve learned that fear usually means I am on the right path,” adds Wes, “unless, of course, it is that fear of being electrocuted by sticking your fingers into a light socket. That one is real - don't do it." 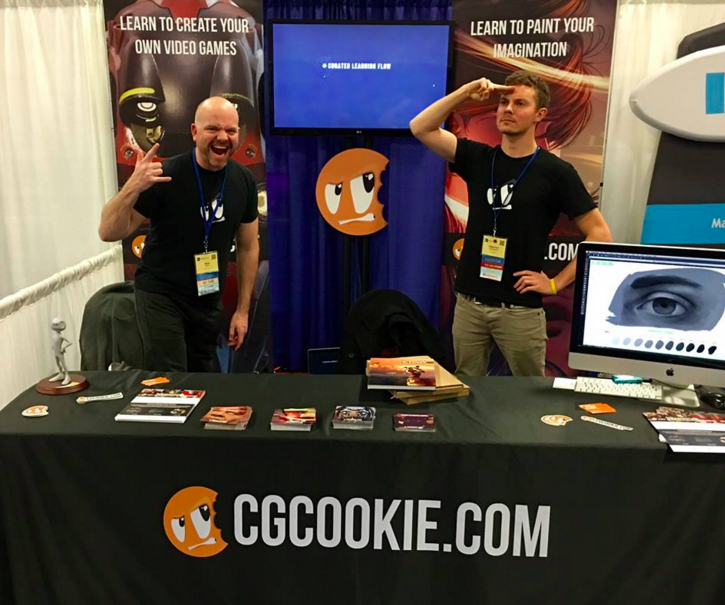